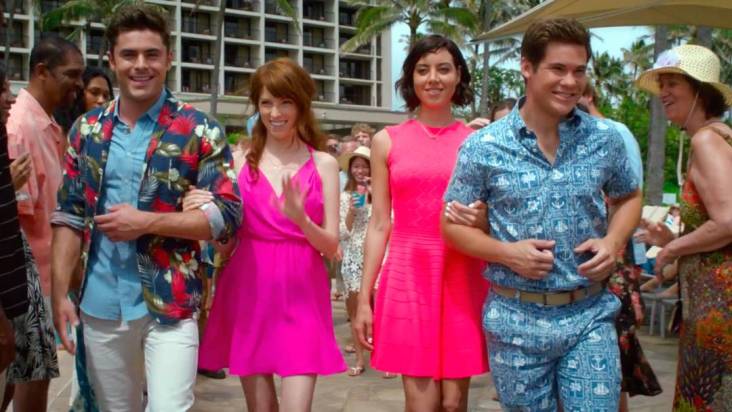 Zac Efron’s recent works mostly emphasizes his charms and physique and we can’t blame the producers because it sells. Now, with Adam Devine, Anna Kendrick and Aubrey Plaza in the hilarious comedy “Mike and Dave Need Wedding Dates,” everything is a bit toned down, while there are still skin, the ilm actually has something to tell, or at least has some interesting things to discuss and not some just stupid all-about-fun film.

The film is inspired by a true life events where in two brothers put up an advertisement where they announced they needed dates which had gone viral. There you go, who in the world would’ve advertise something like that right? But Efron and Devine pretty much dive into their characters and killed it.

The film isn’t much for storytelling or compelling storylines but that’s the thing. Mike and Dave Need Wedding Dates knows what it is, a fun time at the movies. Forget the story (well, not completely), just enjoy every ridiculous thing Zac Efron, Adam Devine with Anna Kendrick and Aubrey Plaza does because whatever the material is, they are giving you a fun time.

Yes, it’s not a good film, one that will leave something in you, but the whole purpose of the movie is to give the audience a good time, and let you leave all your worries behind for more than just an hour in the cinema. All of the things that make the film enjoyable is because of its stars especially Aubrey Plaza, which never fails to be delightful whether in film or in a TV series.