Toni Gonzaga to star in Philippine Adaptation of ‘My Sassy Girl’

The trailer for mystery thriller The Call centers on how a simple phone call can change the course of time and the lives of two women. Living in 2019, Seo-yeon … Continue Reading ‘The Call’ Teases Intense Thriller Spanning 20 Years with Park Shin-hye and Jun Jong-seo

A Call from the Past. A Killer Has Awoken. My Past is Her Target. An Intense Mystery Thriller The Call starring Park Shin-hye (#Alive, The Heirs). Coming November 27th, Only … Continue Reading Park Shin-hye stars in intense mystery thriller ‘The Call’

Blinks, are you ready? Our Lovesick Girls are coming to your area!! BLACKPINK: Light Up the Sky arrives October 14. Watch the trailer below: Since their debut in August 2016, … Continue Reading Follow the Journey of Blackpink in ‘Light Up The Sky’ Documentary from Netflix

Not even a pandemic can stop Korean Cultural Center in the Philippines from putting together its most sought-after annual spectacle for the Korean cineastes. This year though, in order to … Continue Reading Korean Film Festival 2020 to Bring Superstars Hyun Bin, Son Yejin and Park Seo-jun to PH Homes

WATCH: Two Teasers of the Filipino – Korean Film “You With Me”

Gitana Film Productions together with RR Entertainment and Film Line Productions bring Devon Seron, Hyun Woo and Jin Juhyung in You With Me. Check out the two teasers released in anticipation of … Continue Reading WATCH: Two Teasers of the Filipino – Korean Film “You With Me” 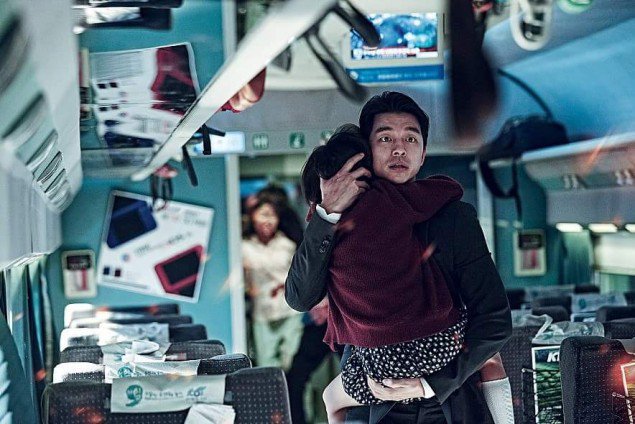 TRAIN TO BUSAN (2016) Review Directed by Yeon Sang-ho An Asian zombie movie is rare feat to mount, not that we Asians can’t keep up with Hollywood but because, generally, … Continue Reading MOVIE REVIEW: Train to Busan (2016) 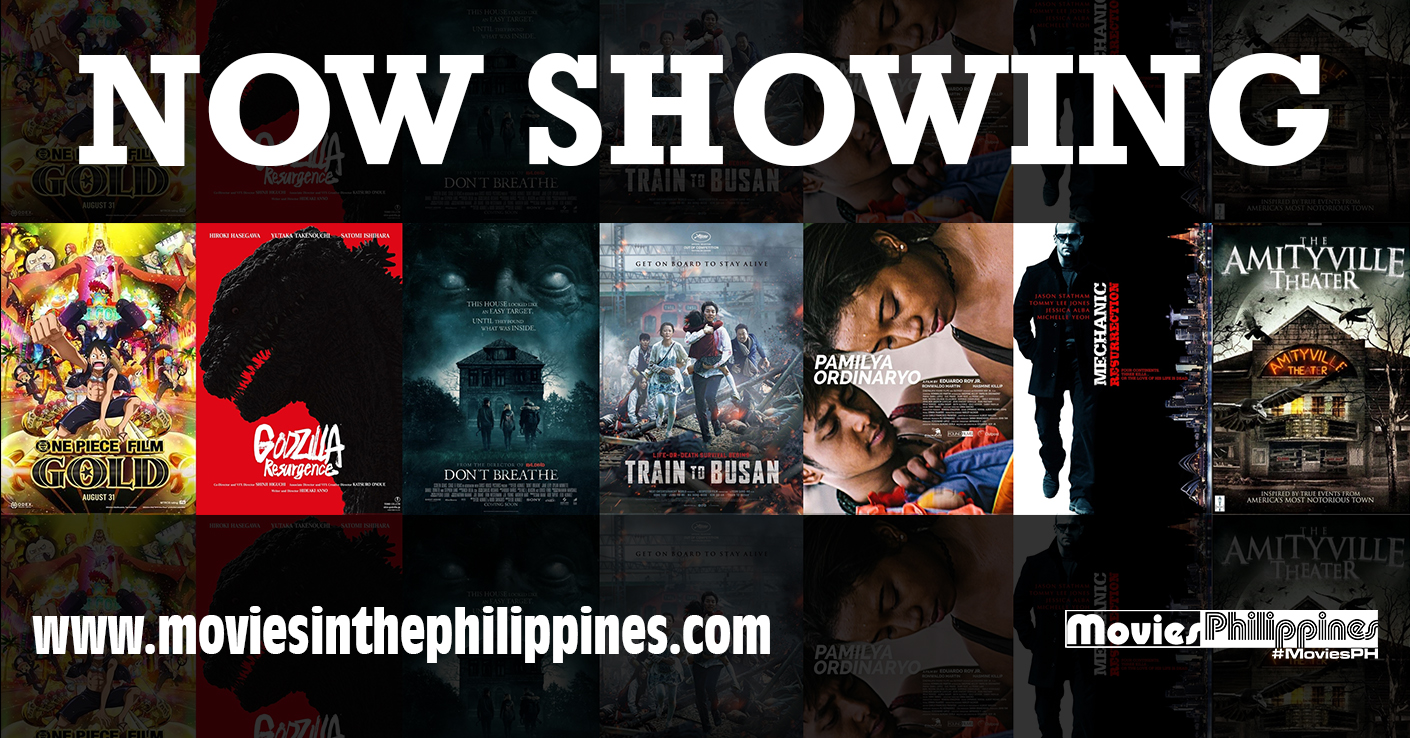 NOW SHOWING IN THE PHILIPPINES (September 1, 2016) 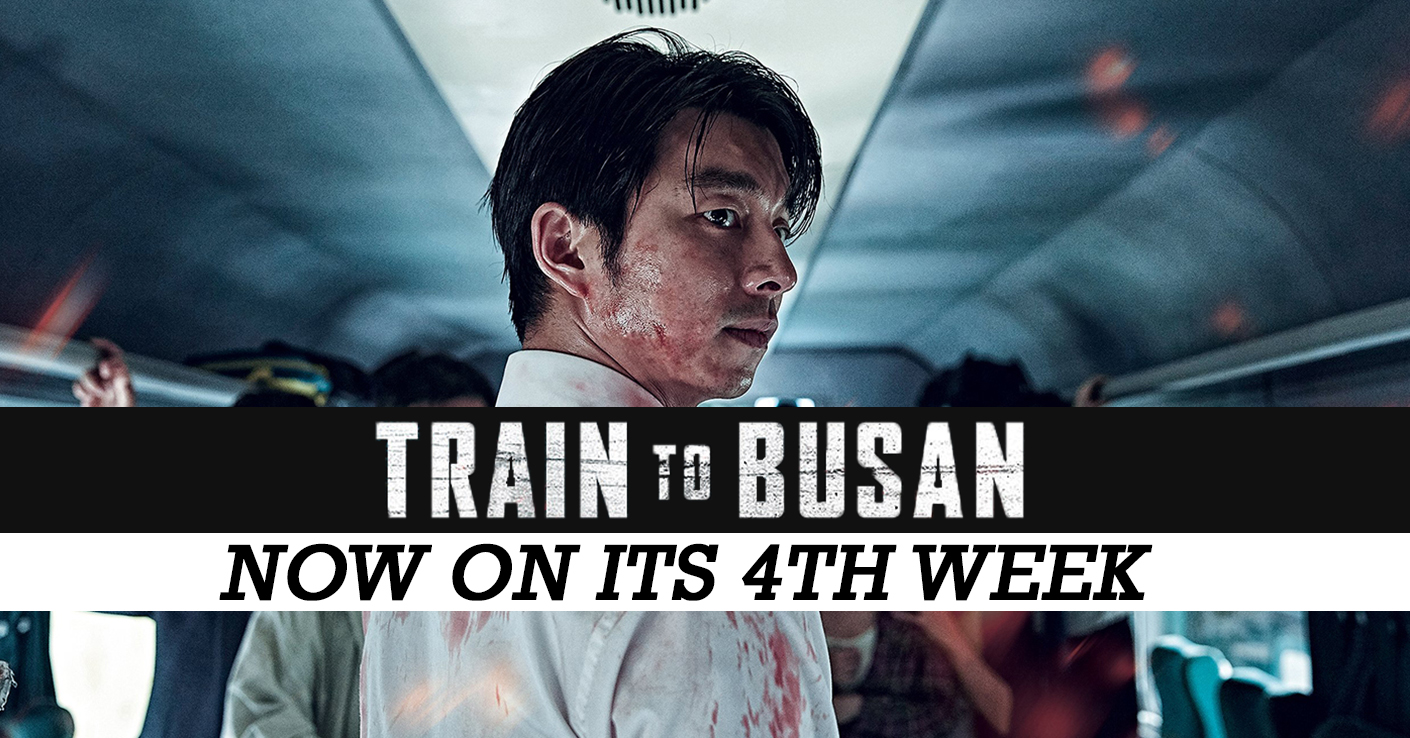 Train to Busan is now on its fourth week, going strong with more than 70 theaters in cinemas nationwide. Here is the list of cinemas still screening Train to Busan: Abreeza Mall Cinema 4 … Continue Reading ‘Train to Busan’ PH List of Cinemas (4th Week) 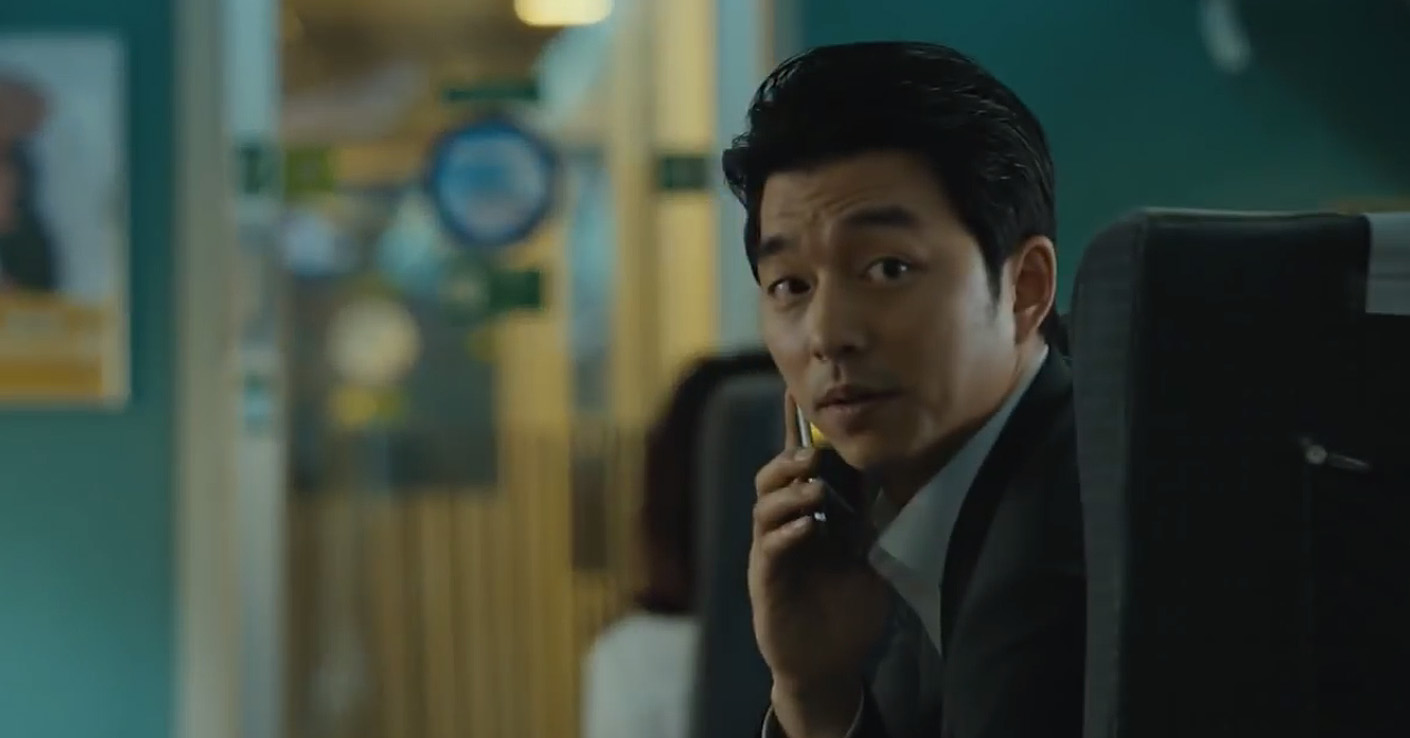 Popularly known to his Filipino fans as Arthur Choi in the hit Korean TV series “The Coffee Prince” aired January 2008 in GMA Network, actor Gong Yoo is back in Philippine shores … Continue Reading Korean Superstar Gong Yoo to Fight For Survival Against Zombies in ‘Train to Busan’ 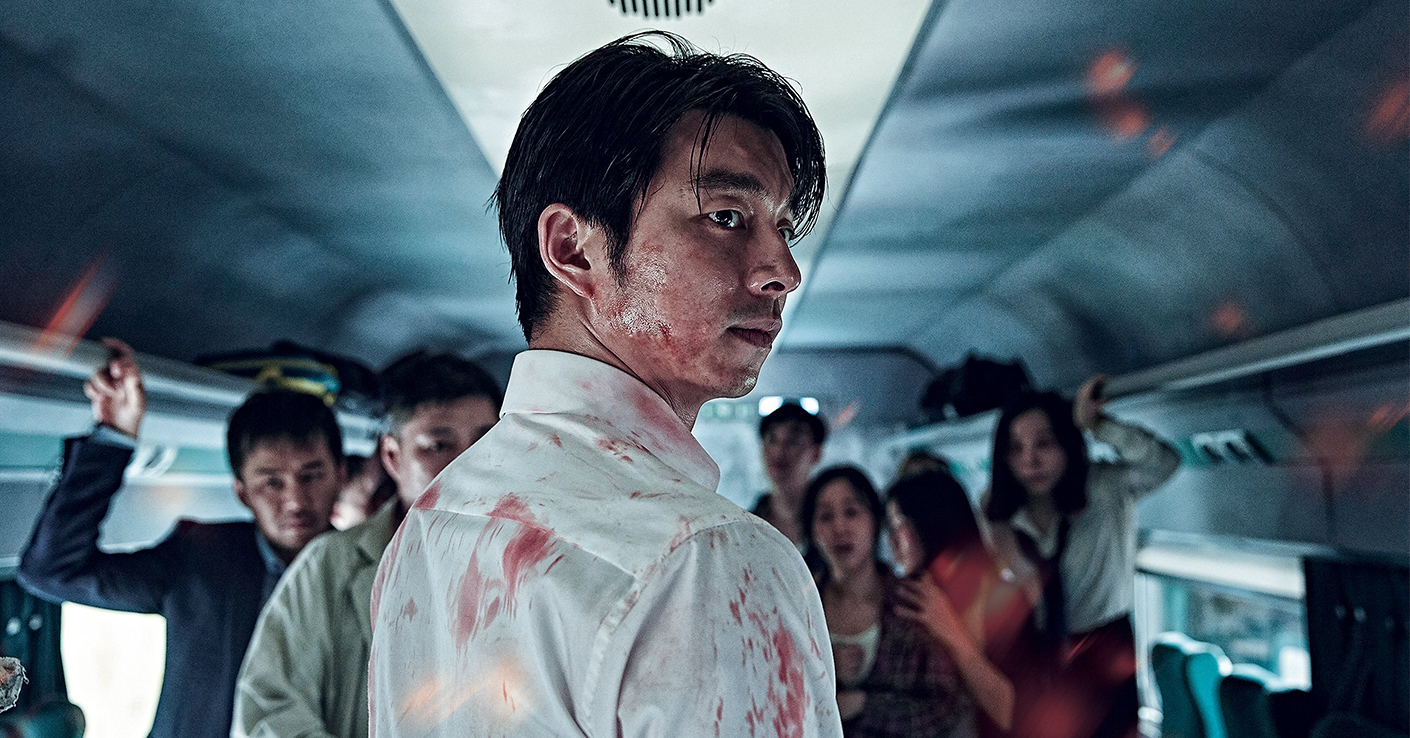 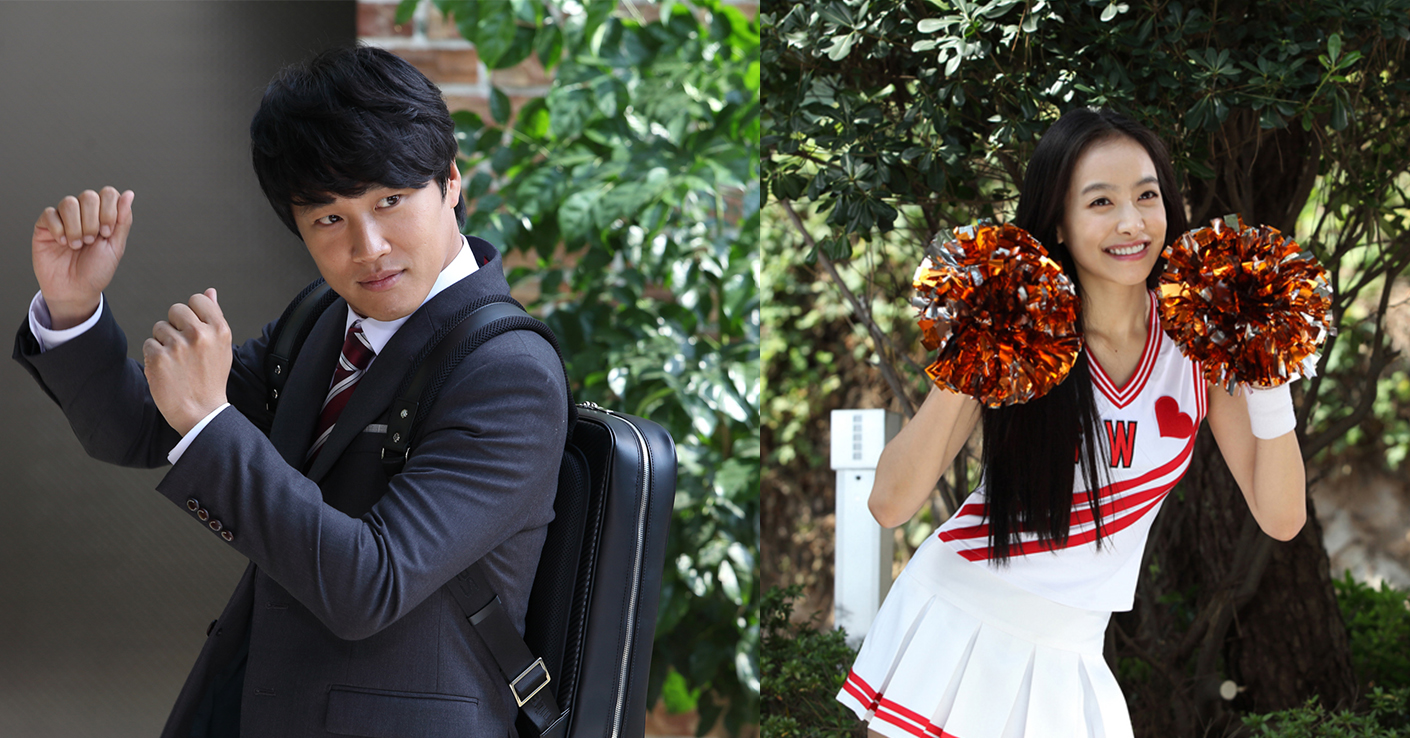