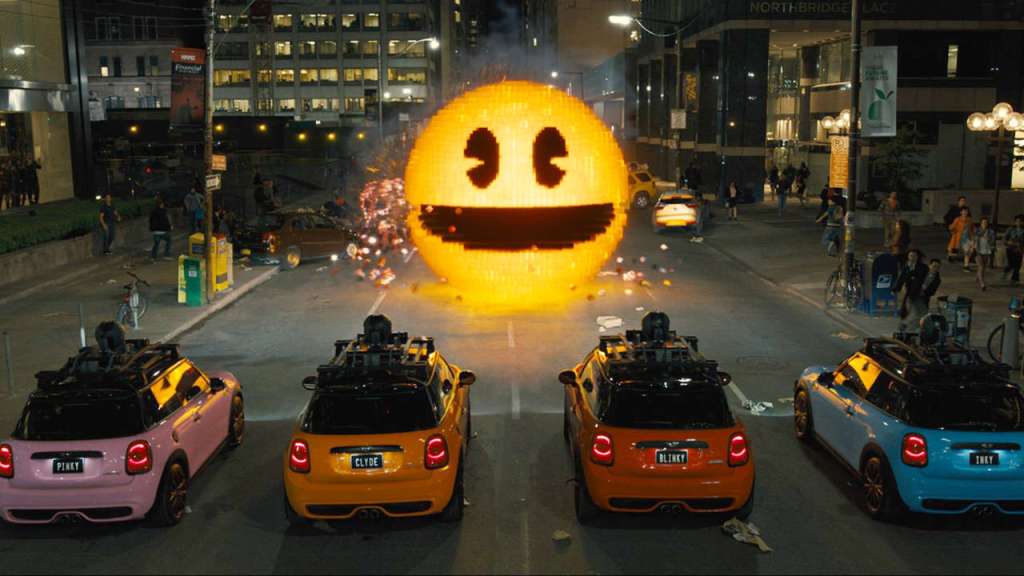 An empty visual treat. You get it when Adam Sandler is in a project directed by Chris Columbus who helmed Harry Potters 1 and 2 but his most recent work is Percy Jackson and the Lightning Thief. So now you get it. Pixels is fun but it’s focused more on what to bring visually rather than writing good characters in what is supposed to be a possible end of the world situation. You can’t joke around or have a moment when there’s a force commanded to obliterate you to pieces.

The plot is interesting and looks cool, and it is. But once you get to actually realize that this is a matter of global destruction and yet they’re having celebrations in between fights, you know we’re doomed. We get that the intention of the movie is for kids and just to have fun but that doesn’t mean that it shouldn’t mean a thing. Adam Sandler and Kevin James plays the same old boring characters that just wants to have fun like when they were young and it’s kind of sad that they can’t at least do something decent with their careers and their money.

Michelle Monaghan is as charming as always, like she’s the only reason you’re liking the film. Josh Gad is unfortunately turning into Sandler of James. Peter Dinklage looks like he’s here to get some money out of it. It’s enjoyable if you’re not looking for anything from a movie, with visually colorful and lifelike CGI and the 3D is very effective too. But it’s just that, you can’t squeeze anything more from its characters and story.