In celebration of Women’s Month, we bring you the three ladies of TRUMBO the movie.

Screenwriter Dalton Trumbo’s acclaimed career comes to a crushing halt in the late 1940s when he and other Hollywood figures are blacklisted for their political beliefs. But all throughout this tumultuous period of his life, he was surrounded by very strong women —friend, family, and foe.

The first lady is of course lovely wife, Cleo Trumbo, magnificently played by Diane Lane. Cleo was a former child performer who supported her mother and brother as a youngster. She epitomized Hollywood glamour but also had the strength of character to stand up to her headstrong husband. When Cleo and Trumbo first met, she was a carhop at a Hollywood drive-in where her talent for juggling water glasses made her a favorite with customers. Taken with both her beauty and her spirit, Trumbo quickly proposed. She turned him down flat and even returned the outsized tips he tried to leave her, but Trumbo’s persistence eventually paid off and Cleo remained by his side throughout his ordeals.

Cleo was the emotional anchor for Trumbo. She allowed her husband to get all of the attention. Similarly, Diane is a very generous, giving actress, who recognized that she was going to play second fiddle to Bryan, the way Cleo did to Dalton. She was not only comfortable with that, but she created a kind of stillness that represented what Cleo did in real life. 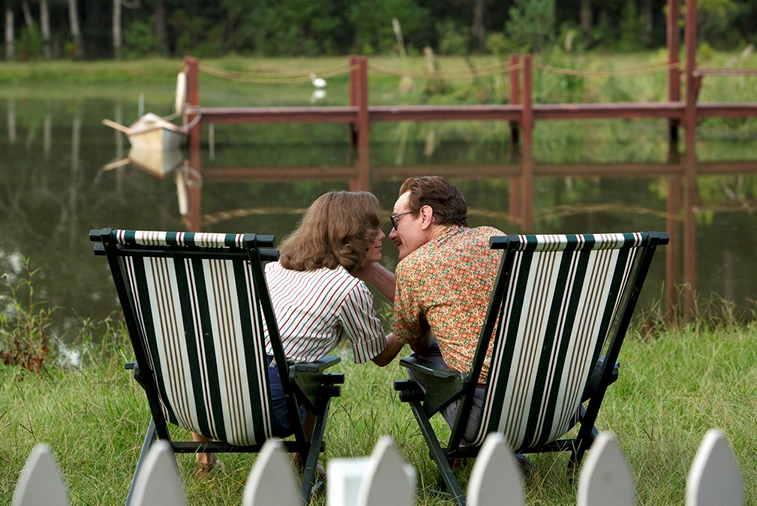 Although Cleo had the looks and charisma to be a film star, she chose to focus on being a wife and mother. She was very devoted to her husband and her children and her determination to protect them gave her strength. Lane says that while she had heard of the Hollywood Ten and Trumbo, she learned much more while shooting the film. “I became convinced that this story needed to be told,” she adds. “It’s frightening how little history people, myself included, are aware of. The human drama behind it is shocking. This story will be relevant as long as patriotism can be hijacked by whatever group is in charge.”

Nikola ‘Niki’ Trumbo, played admirably by Elle Fanning, is still fiercely proud and protective of her father’s legacy. “He believed Congress had no right to compel him to give testimony about his political beliefs,” says Niki. “I think he was stunned to have lost that battle. This is a story about a man who held true to his own beliefs and principles. We can all aspire to be that kind of hero, whatever our flaws and weaknesses may be.”

According to Nikola, the film makers “did a remarkable job of recreating the complexity and passion of my relationship with my father. He and I were, I think, very much alike – stubborn, very determined and challenging. It’s no surprise we butted heads a lot of the time.”

The real-life Niki Trumbo has high praise for Elle Fanning, the then 16-year-old actress who portrays her in a startlingly mature performance that takes the character from age 13 to 31. It became clear to Fanning through her contact with Trumbo that everyone in the family were victims of the blacklist. “They had to change their entire lives and live in secret,” she says. “Niki couldn’t tell anyone who her dad was or what he did. There’s already so much pressure as a teenager without adding to that, but she came out a fighter. Her sense of right and wrong saved her. And that came from her father.” 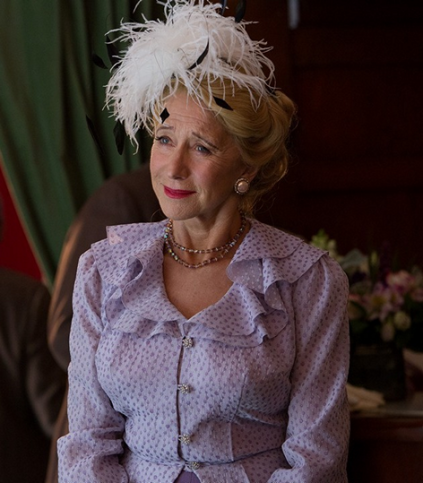 And lastly, our main protagonist Hedda Hopper, grandly played by Dame Helen Mirren. Hopper was a stage actress before becoming a contract player in silent movies. She managed to make the transition to talkies, but her film career was not a glittering success. When the roles started drying up, she transferred her substantial energy into becoming a very influential Hollywood columnist with a very large readership. And that she as was good at.

“Helen is a consummate professional and all about the work,” says producer Monica Levinson. “She was incredibly wonderful and you could tell everyone on set felt like we were in the presence of Hollywood royalty. She brought a very human element to Hedda Hopper, who essentially is the villain of the film.”

Mirren was enthralled by the story and setting of Trumbo. “How interesting Hollywood was at that time,” she exclaims. “Hollywood was an extraordinary construct, fed by publicity, by the Hedda Hoppers of the world, by the publicity agents and by the studios. There were titans abroad, all the great, great movie stars and filmmakers.”

Also, part of the attraction was the opportunity to work with Cranston whom she has admired for a long time. Mirren quips, “Working with Bryan was like being with an old friend. Actors watch each other’s work and we can develop certain little crushes on each other. Bryan has always been one of those actors for me.” And Mirren is a lover of hats, as was Hopper. She was once deemed worst-dressed at the Golden Globes for her hat, but in ‘Trumbo’, Mirren rocks the awesome accessory.

According to Mirren, Hopper truly believed she was fighting for what was best for America and for ideals that many Americans believed in. “The political dialogue hasn’t changed much. There is still a battle between those who believe that we have an obligation to look after people who are vulnerable and those who believe in individualism and self-determination.”