More than a year before we get to know what happens next to Rey and Luke Skywalker, director Rian Johnson offered a few teases for the fans until the next update on “Star Wars: Episode VIII.” Johnson took to his “lousy stinkin” Tumblr to share some big news with “Star Wars” fans.

He also released some set photos showing himself in “action,” captioned: “Good. Bad. I’m the guy with the microfiber sham.” 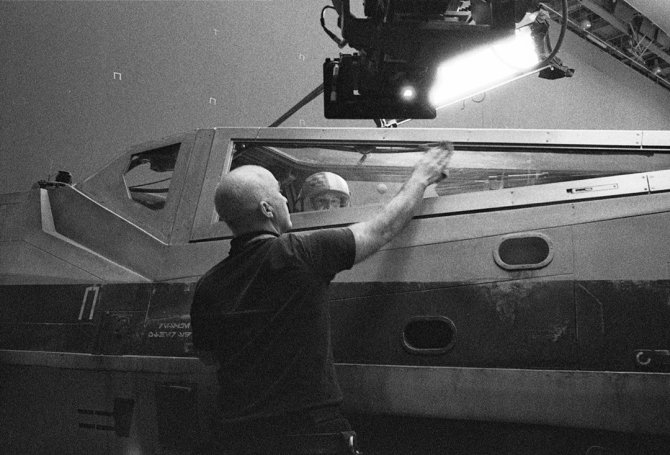 The second image shows a First Order base or ship and the iconic mask or headpiece that was made famous in the original trilogy. It looks like Johnson may be taking a page out of the original “Star Wars” movies and moving away from the helmets used in “Star Wars: A Force Awakens.”