Filbar’s, the country’s longest running pop culture store is holding Free Comic Book Day (FCBD) with an X-citing twist on Saturday, May 7 in SM Megamall. The geeks’ hub is celebrating the release of “X-Men: Apocalypse” set to hit Philippine cinemas this month. 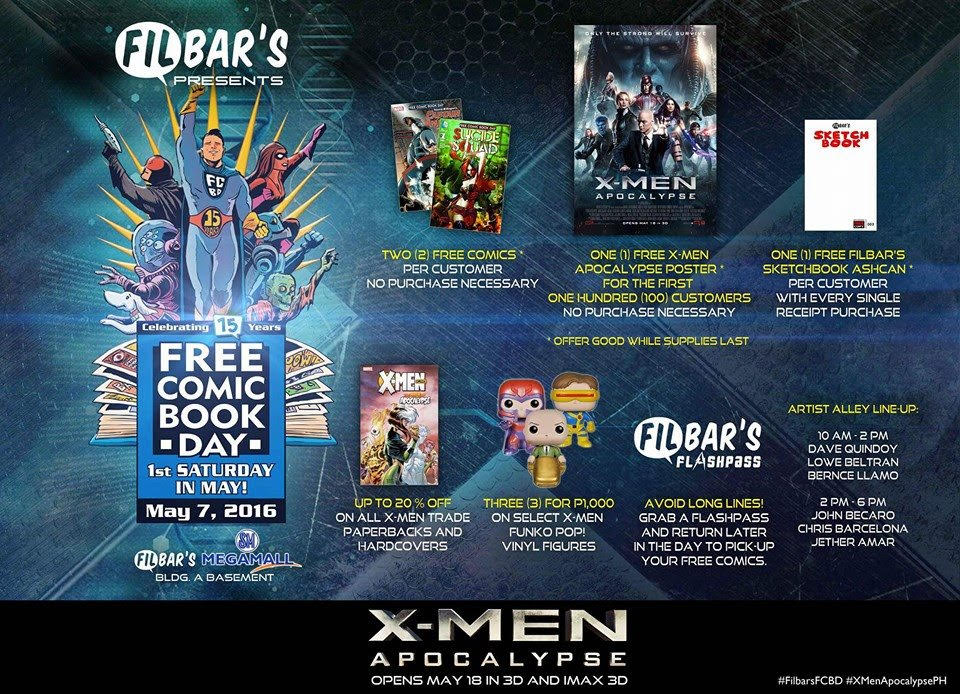 “At Filbar’s, we always want to do things comic-con style to bring fans of comics, movies and TV together. Much like when the X-Men animated series in the 90s was a starting point for people then to pick up a comic book, we see that the release of “X-Men: Apocalypse” as a latent mutant power that can ignite interest in reading comics,” said Jacob Cabochan, Filbar’s president.

Aside from two comics visitors will be getting for free, Filbar’s, with support from 20th Century Fox Philippines, will give away “X-Men: Apocalypse” posters to its first 100 customers. The poster puts Apocalypse looming high above the X-Men and his Four Horsemen, ready to bend the world to his will.

Filbar’s FCBD attendees will also enjoy discounts up to 20% on X-Men trade paperbacks and graphic novels. A set of three X-Men Funko Pop! Vinyl Figures can be bought for P1000 during FCBD.

Customers will also be saved from spending hours in long lines, thanks to the Filbar’s Flashpass, a virtual queuing system that allows their customers to reserve a time window at which they must return to Filbar’s to pick up their freebies.

“While you wait for your time window, you are free to roam the mall, watch a movie, or even visit another nearby comic store that is also celebrating FCBD. Just make sure to return at the indicated time,” said Ivan Guerrero, chief creative officer of Filbar’s.

The Filbar’s Flashpass is a virtual queuing system that allows our customers to avoid waiting in long lines for their Free Comic Book Day (FCBD) freebies. 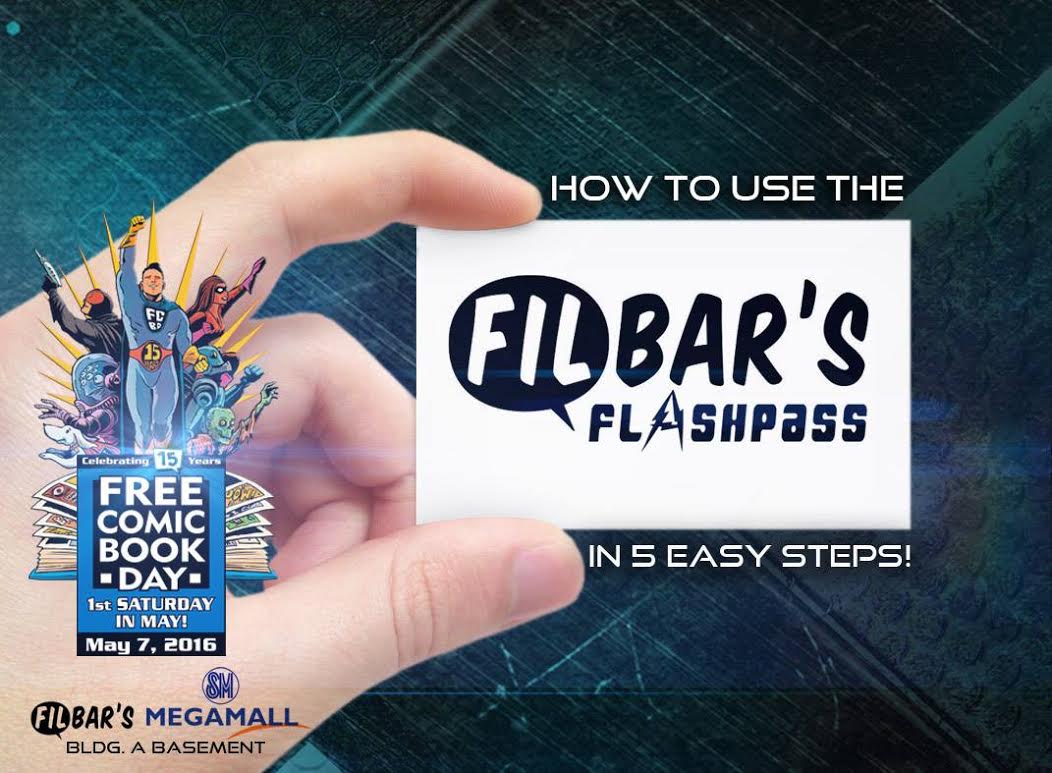 Here’s how it works:

1. Arrive at Filbar’s SM Megamall on May 7, 2016 and pick up a Filbar’s Flashpass at the store entrance. Each Flashpass entitles the bearer to two (2) free FCBD comics. The earlier you arrive, the earlier you will be able to get your freebies.

2. The Flashpass ticket will show the time window at which you must return to Filbar’s to pick up your freebies. Do not lose the ticket, as it also serves as your claiming stub.

3. While you wait for your time window, you are free to roam the mall, watch a movie, or even visit another nearby comic store that is also celebrating FCBD. Just make sure to return at the indicated time.

4. Return to Filbar’s at the indicated time. Don’t be late! Some of the best titles go out-of-stock quickly.

5. Surrender the Flashpass ticket to the Filbar’s staff member and select your two (2) free FCBD comics. While you’re in the store, make sure to check out all our best FCBD deals.