IMAX has been the best thing that happened to SM Cinema. Back in 2006, when IMAX Mall of Asia opened its doors, where only less than 10 films are getting IMAX releases per year, those films sure made use of the format. It’s a time when SM Cinema is aggressive in being the best in the Philippines, keeping up with innovations.

From Harry Potter films to The Dark Knight to animated films, IMAX Mall of Asia is the best place to see the film if it’s available in IMAX format. Then, the digital IMAX Theatres came in, starting from North EDSA to Megamall, its getting easier to see a film in IMAX.

Some of the IMAX fans probably didn’t know how huge the IMAX screen is at Mall of Asia, the size of a 9-story building, and yes, if the film is shot using IMAX cameras, the whole screen is used for the projected picture in which some would call it “glorious!” But since Iron Man 3, back in 2013, where a lot of films to be released in IMAX format are only available in IMAX Digital, IMAX Mall of Asia converted to its IMAX Theatre to Digital, making it use only the center part of the screen which looks like the IMAX Theatres in North EDSA, Megamall and all the other IMAX Theatres in the Philippines. They only converted back to IMAX 70mm with Star Trek Into Darkness (2013) and Christopher Nolan’s Interstellar (2014).

Check out the difference between IMAX 70mm and IMAX Digital (35mm): 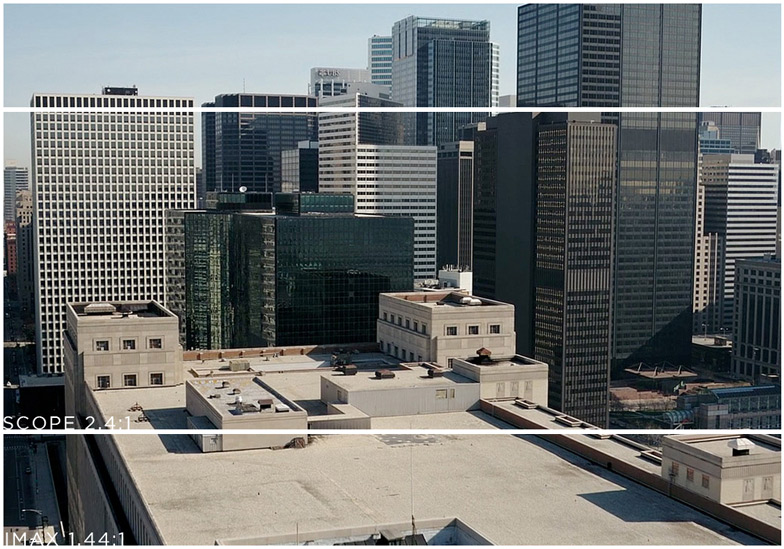 Converting to IMAX Digital from IMAX 70mm takes time, the same goes vice versa. But there’s a new IMAX format that IMAX Mall of Asia should adapt to now.

So, there you go. IMAX with Laser Tech can project both digital and IMAX 70mm format. It’s the best in audio and in picture. The projection is beyond anything, clearest of them all.

It may be not cheap but with upcoming films being filmed using IMAX camreas such as Clint Eastwood’s Sully, Christopher Nolan’s Dunkirk, the upcoming installments of Star Wars Saga, Warner/DC Superhero Films, Marvel Films, Guardians of the Glaaxy Vol. 2 will change its aspect ratios for the IMAX release and last but not the least, Avengers: Infinity War Parts 1 and 2 which will be the first feature film to be fully shot using IMAX Cameras.

IMAX Mall of Asia doesn’t just need an overhaul because it feels old and the seats are squeaking but the screen is the main attraction of the IMAX Theatre at Mall of Asia. If not use it, what really is the purpose of its 9-story sized screen?

Pelikula Mania Why IMAX Mall of Asia Needs to Upgrade to IMAX Laser Now
%d bloggers like this: