Because dragons are often depicted as vicious, scaly, lizard-like creatures and rarely shown as approachable, friendly or heroic, the appearance and personality of Elliott – the titular creature in Disney’s “Pete’s Dragon” – were the focus of countless meetings between the filmmakers and special effects firm, Weta Digital.

While Elliot is entirely computer-generated, he is still a fully-fledged character in the story, and someone whom the central character, Pete—and hopefully the audience—grow to care for a great deal. Elliot’s presence allows Pete to be able to figure out what he needs, in a narrative sense, and he instinctively understands what’s missing in Pete’s life and that hebelongs somewhere else.

A key objective from day one was to really sell the idea of afriendship between a child and an animal and to show how special that bond can be. But writer/director David Lowery wanted audiences at first to be uncertain about Elliot and his intentions.

Says cast member Bryce Dallas Howard, “Elliot is not like other dragons. He’s playful and innocent and the ultimate best friend, and all he really wants is a family. He is absolutely massive and has a really ominous presence and has the ability to be fierce and breathe fire and fly, but he is also tender and warm and nurturing and protective.”

For the film’s Oscar® nominated visual effects supervisor, Weta Digital’s Eric Saindon (“The Hobbit” films and “The Lord of the Rings” trilogy), it presented him with quite a challenge. He explains, “It’s easy to make dragons look scary and it’s easy to make them look cartoony, but we didn’t want either of those for this dragon. We wanted him to have a lot of character so that everyone comes out of the theater in love with him.”

“Elliot has a personality which is unique in terms of dragons we have seen on screen before,” adds producer Jim Whitaker. “Sometimes we see him as potentially dangerous, but other times he isabsolutely lovable.”

Instead of the scaly reptile look, Lowery wanted to go in the complete opposite direction and asked Weta to come up with designs for an entirely new dragon. “David wanted more of a mammalian-looking creature, albeit, one that was very large,” says Saindon.

Saindon and the team at Weta began their creative process by reviewing many different species in the animal kingdom to analyze their movements. “We based our animation, in part, on references to animals like dogs, cats, lions and monkeys,” he says, “But we also felta certain obligation to honor the animated Elliot from the 1977 original film in some ways.” 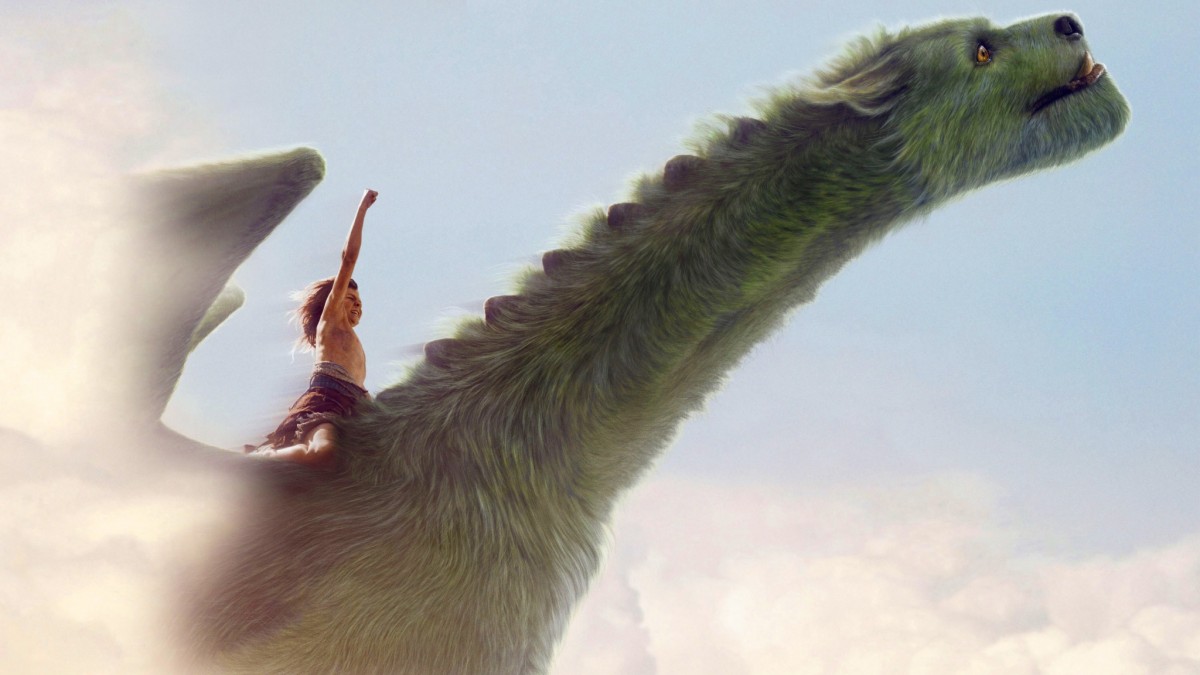 “Elliot has a very distinct look in the original film, including an enormous jaw,” says Lowery, “And there was something about his design and that characteristic specifically, that I really liked. And I wanted him to be furry…very furry.”

Lowery continues, “He’s fantastical, he’s exaggerated, and he doesn’t feel like something that belongs in this world. But at the same time, he has enough qualities that are recognizable so that you accept him as a character and as an animal and as this magical creature as well. He functions on all of those levels, so his design was really more about simplification so that nothing would get in the way of feeling like he belongs in the world of the movie.”

In the end, Elliot turned out to be an approximately 24-foot tall, green, furry dragon that can breathe fire, turn invisible and melt your heart. “Elliot is a big, boisterous playful dragon, but he also has a very quiet and sensitive side that really does come through on screen,” says Lowery. 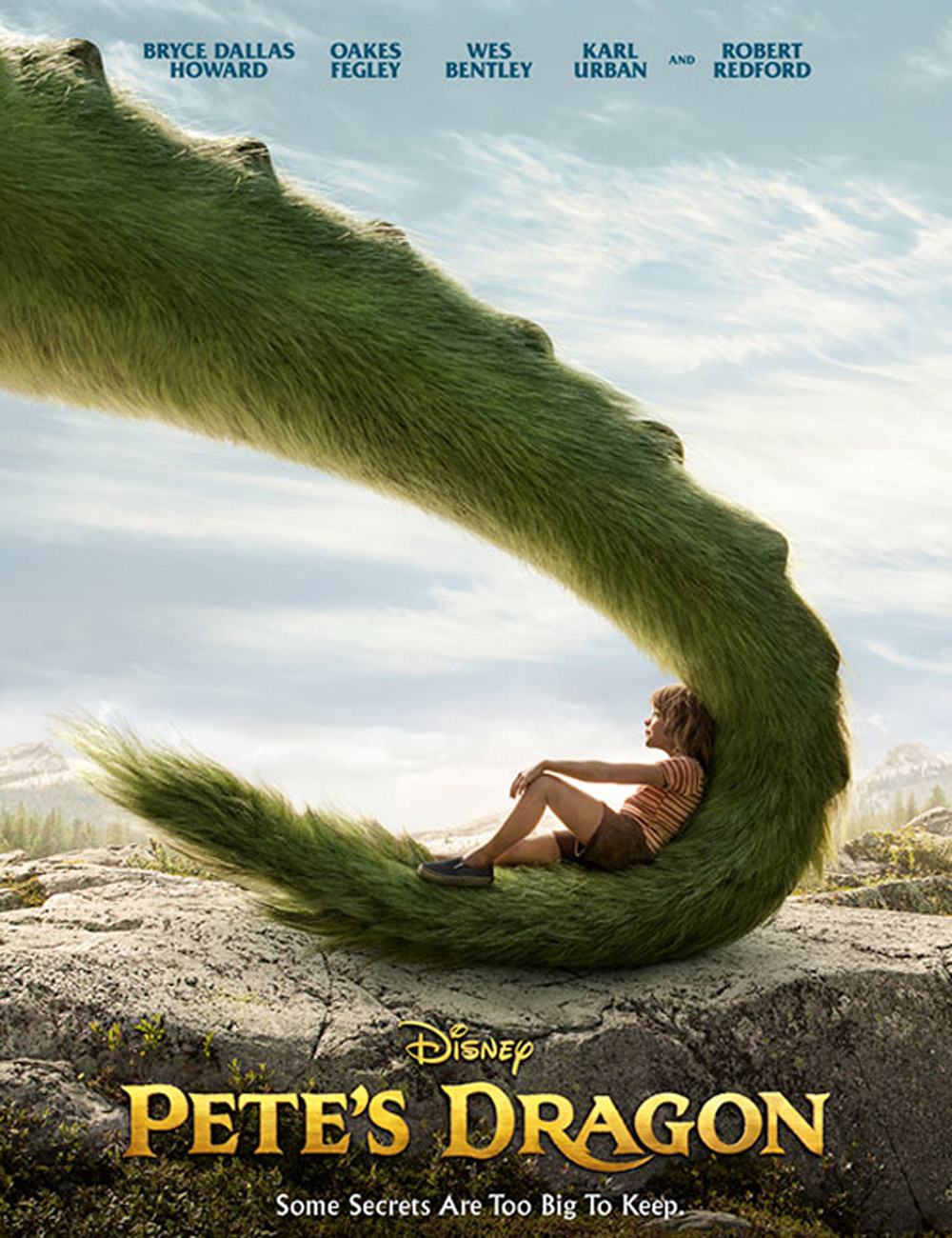