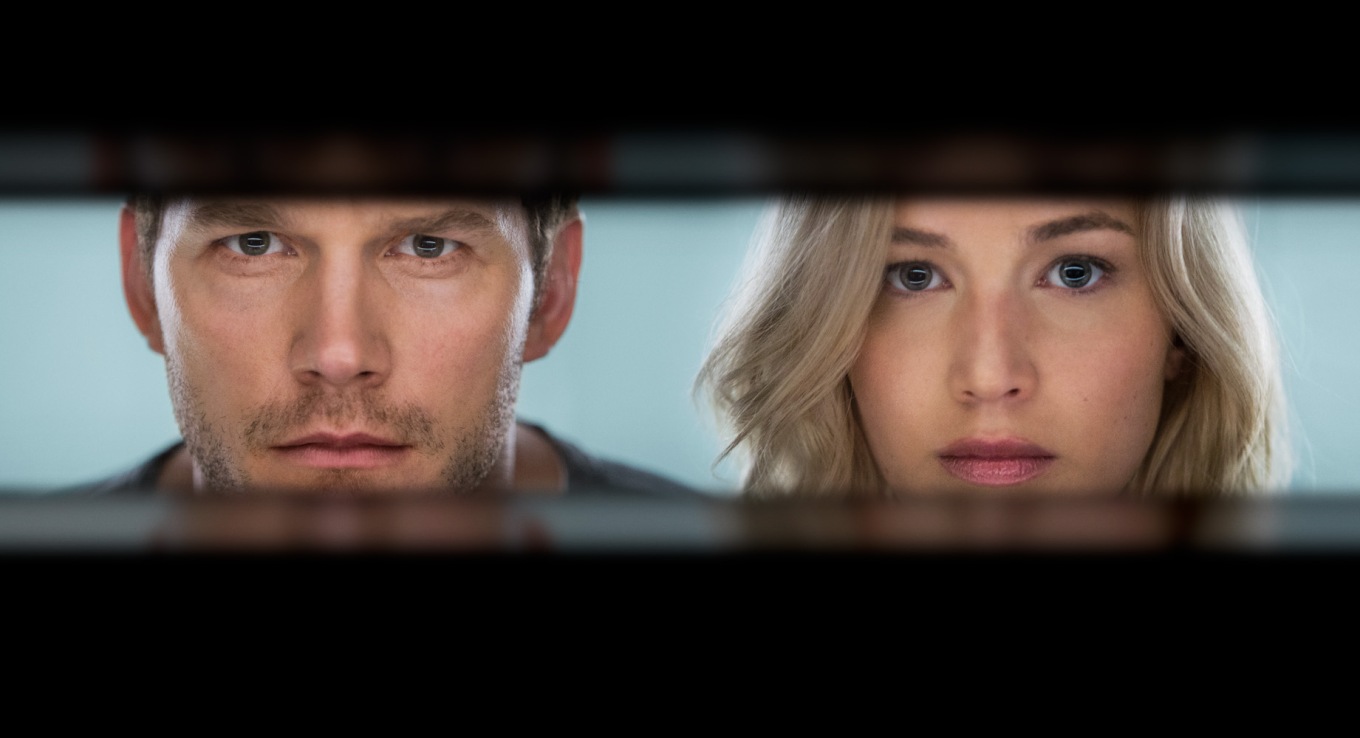 In the film, Aurora (Lawrence) and Jim (Pratt) are two strangers who are on a 120-year journey to another planet when their hibernation pods wake them 90 years too early. Jim and Aurora are forced to unravel the mystery behind the malfunction as the ship teeters on the brink of collapse, jeopardizing the lives of the passengers on the greatest mass migration in human history.

“It’s about characters who face extreme situations and have to make extreme choices, and I always find that fascinating – what would you have done?” says Tydum.

Against the story of high stakes action, the filmmakers set a sensitive story of two passengers who find each other in this moment of peril. It’s a story that has attracted Hollywood for many years; writer Jon Spaihts’ script has landed on the “Black List” of the industry’s best unproduced screenplays. “One of the things that drew me to this script was the way Jon set an intimate story on such a large stage,” says producer Neal H. Moritz. “It’s an action film with epic spectacle, but it all hinges on these two incredible characters brought to life by Jen and Chris.”

Tyldum says that it was apparent from the beginning that Lawrence and Pratt would be the perfect actors to bring Aurora and Jim to life. “It’s great that they are the biggest stars in the world, but first of all, I wanted to make sure that they were the right actors for these roles,” he says. “I had to get the feeling that they were going to click, that they would have chemistry. We sat for many hours – I had a four-hour dinner with Jen – and I could immediately see that they would be perfect. They’re very smart people who had a clear understanding of what they wanted the character to do. They really understood the choices, the motivations, the life these characters have to go through – so that made me feel that they really got it.” 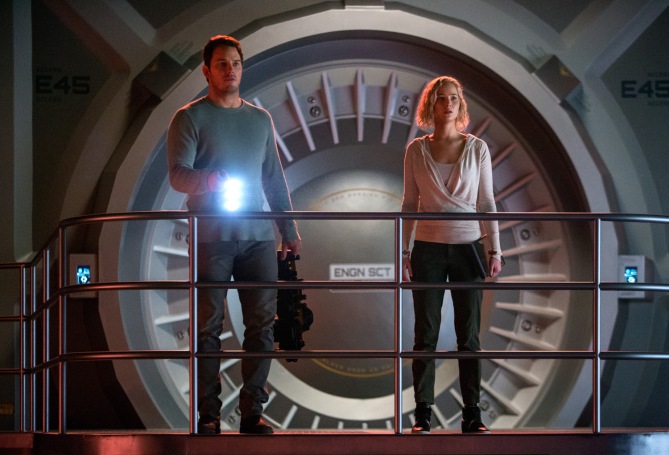 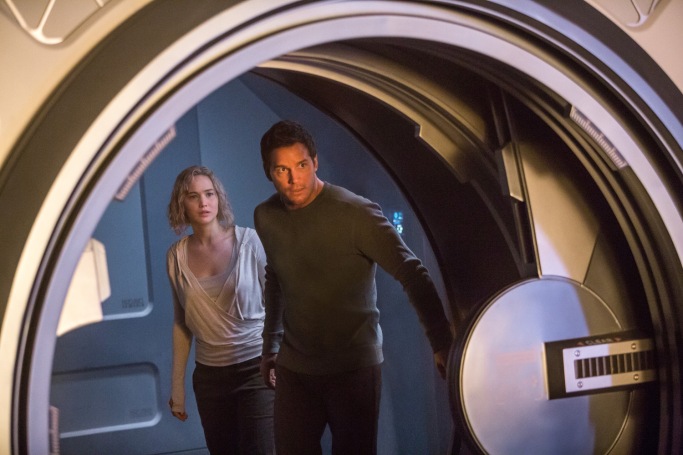 Producer Stephen Hamel was the first to team with writer Jon Spaihts on the concept. “I’m deeply interested in original content, original voices,” he says. “There was something rather playful in Jon’s writing that I loved – he took the time to allow the characters to be human, to have weaknesses. The originality of the story seemed really appropriate.”

Ori Marmur, who works with Moritz at Original Film, agrees. “The screenplay is life-affirming and warm; it speaks to the human condition,” says Marmur. “And as a first-generation-born American, the idea of two people leaving Earth and traveling a great distance for opportunity elsewhere resonated with me personally; my parents traveled a great distance to come to this country of opportunity – they didn’t know anyone, and it worked out.”

Even with the film’s incredible action set-pieces, the filmmakers never lost sight of the movie they were making, says producer Neal H. Moritz. “We tried to keep the emotional stakes of this movie well-grounded, so it would not be overwhelmed by the gadgets, sets, and space,” he says. “Though obviously these are important aspects of the story, they are not the heart of the movie. At the heart of the movie is the relationship between these two characters.” 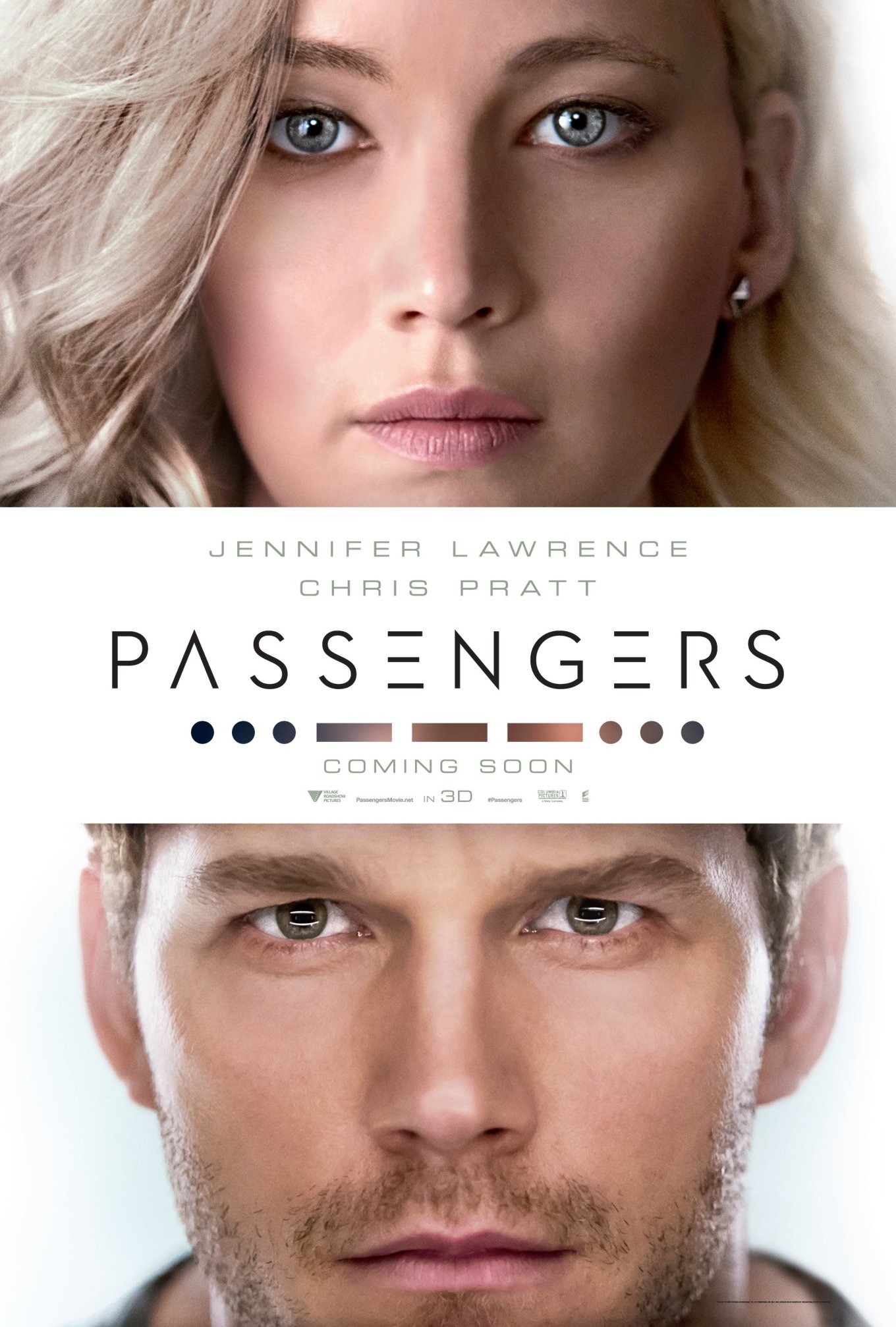 Opening across the Philippines on Sunday, January 8, 2017, Passengers is distributed by Columbia Pictures, local office of Sony Pictures Releasing International. Use the hashtag #Passengers