Multi-talented actor and recording artist Jamie Foxx is an undercover cop with strong links to the drug trade in his latest action-packed flick Sleepless. Foxx, who plays Vincent Downs, connives with his partner (played by rapper T.I.) to steal a cache of drugs from a powerful criminal mastermind, who orders his son kidnapped. The distraught dad is spurred to action, in a bid to rescue his son from the drug lord’s henchmen as he blasts his way through the Vegas nightlife. 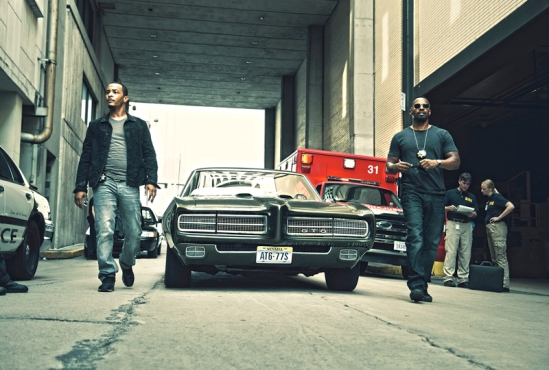 The movie is a remake of the 2011 French film Sleepless Night, full of nonstop gun-wielding action and punchy lines, guaranteed to keep you breathless as you go along on Vincent’s mission to bring his son safely home. Breath-taking car chases, explosions, and thrilling fight scenes mark the movie as a must-watch for any action enthusiast.

Michelle Monaghan, who came off from the first season of True Detective, with a Golden Globe nomination and was recently seen in the Pixels movie is also in the cast, along with rapper Young Jeezy, Drew Sidora, Dermot Mulroney, and Gabrielle Union.