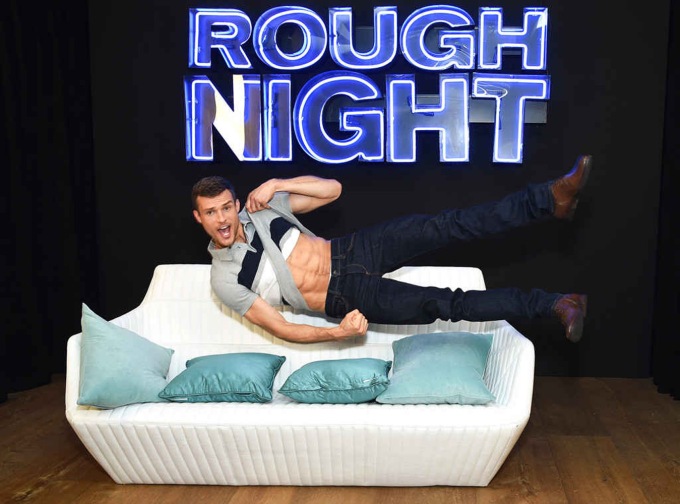 Starring Scarlett Johansson, Kate McKinnon, Jillian Bell, Ilana Glazer, and Zoë Kravitz, Rough Night is about five friends from college who reunite when they rent a beach house in Miami for a wild bachelorette weekend that goes completely off the rails. Just when all hope is lost, they realize there’s more to the story than they could’ve ever imagined.

The unsung hero of the film is actor Ryan Cooper, who plays Jay. “This was one of the hardest roles to cast because we had to find somebody who was willing to play a dead person,” says co-star and producer Paul W. Downs. “There is only one scene with dialogue and then he plays a dead person for the rest of the film, but he’s also a huge piece of the movie. We are so lucky that we found Ryan because he’s physically gifted, funny, but also he let himself go through torture. He was thrown out of cars, put into the ocean, stuffed into things that he shouldn’t have been stuffed into. He did an incredible job of playing dead.”

Producer Matt Tolmach says that Cooper proved to be an incredibly gifted physical comedian. “It’s an incredibly challenging role, because you can’t react to any of the craziness happening around you,” he notes. “Playing dead isn’t just playing dead – there’s a way to do it that is real and funny. He created a presence in his deadness, whether it was getting dumped off the jet ski or hitting his head or popping his eyes open after Kate McKinnon tries to close them. These are acting moments, and he did it brilliantly.” 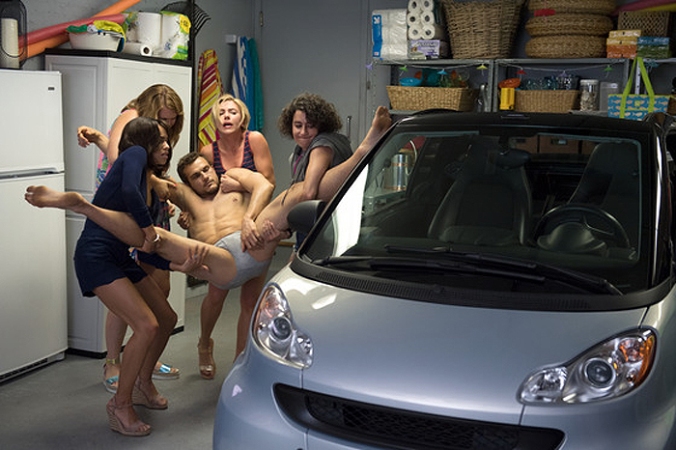 Moving a human being put the girls’ strengths to the test. “The most difficult thing to do was lifting a dead body,” says castmember Jillian Bell. “It’s surprising what a workout it is. We said that by the end of filming, we would be in good shape just carrying around this dead man.”

To become a corpse, Cooper entered into an opened eyed, meditative state where he enjoyed being a voyeur of the action going on around him. “I find playing dead relaxing,” says Cooper. “I meditated for an hour and a half, focusing on one point, as a little prep.”

“Most of the time I keep my eyes open,” continues Cooper. “It’s been hilarious seeing the girl’s reactions and having a hand in a face, a face in a face, a foot in a face, and showered by spittle.”

Ryan Cooper was born in Port Moresby, Papua New Guinea to an Australian missionary family. His father traveled through PNG, Vanuatu, Australia and New Zealand. After high-school in Auckland New Zealand, Ryan worked as a Carpenter for six years but rose quickly to fame in 2008 after he was featured in the DKNY Jeans campaign with Bahati Prinsloo. His rugged good looks landed him campaigns for Armani Exchange with Izabel Goulart, Hugo Boss underwear, Trussardi Jeans and Esprit underwear with Gisele and Erin Wasson. He’s been seen in television commercials around the globe for brands such as Paramount pictures, Garnier, Macy’s and Just Jeans.

From fashion, Ryan continued to extend his reach into film and television. Ryan continues to build his body of work spending time writing, directing and developing skills in all areas of the film world. His short film Left Behind, is about the confrontation between a mother struggling with her depression and a son’s resolve and unorthodox method of helping her see reason. It was inspired by the loss of loved ones and in a effort to raise awareness for “the blackdog institute” who research and help monitor depression and other mental illnesses. 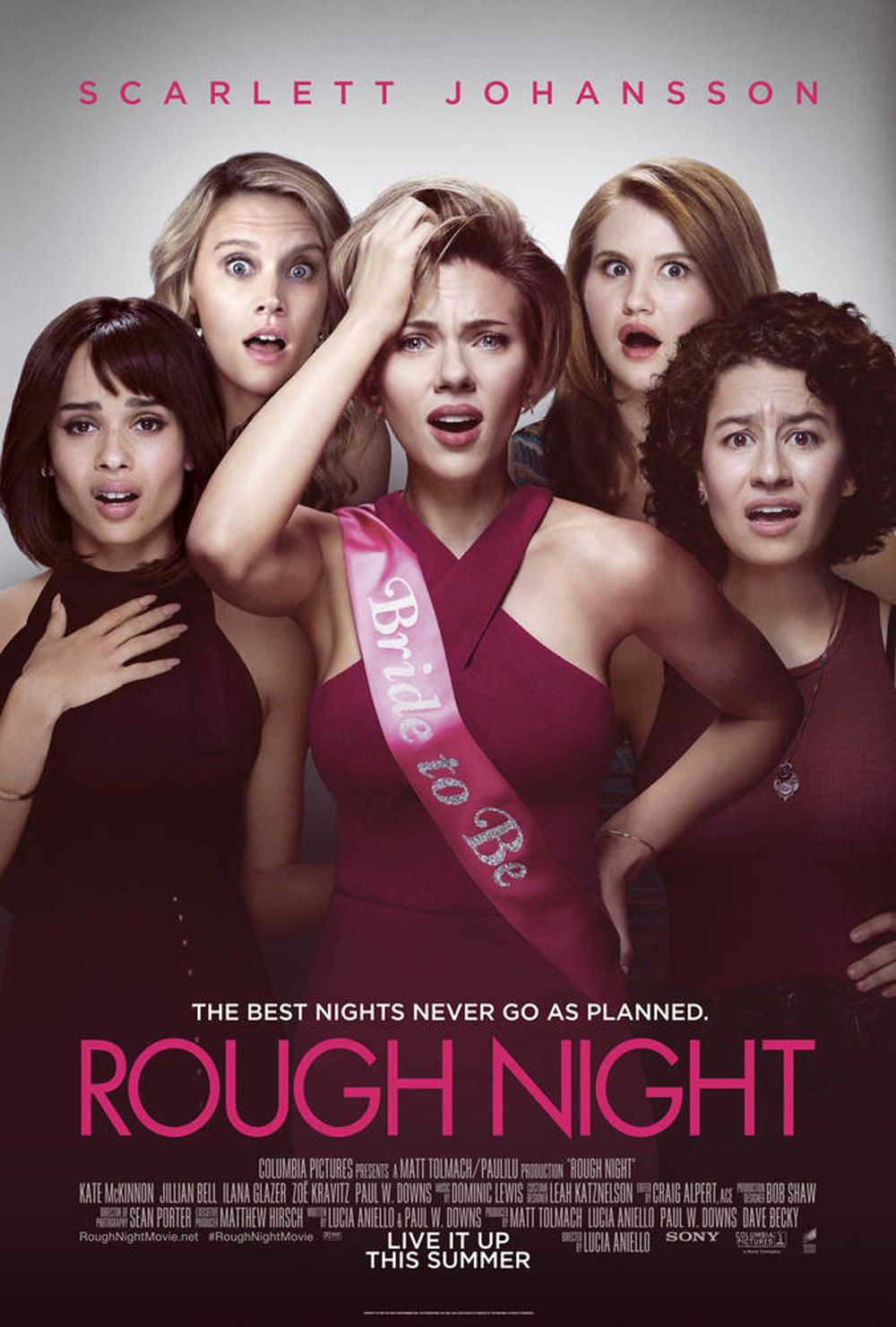