Believing they have left behind shadowy figures from their past, newlyweds Christian and Ana fully embrace an inextricable connection and shared life of luxury. But just as she steps into her role as Mrs. Grey and he relaxes into an unfamiliar stability, new threats could jeopardize their happy ending before it even begins.

Given the record-setting sales of E L James’ Fifty Shades novels, and the first two films’ impressive global box-office take, the filmmakers know that they were far from messing up. When the trailer for the second film, Fifty Shades Darker, debuted online in September 2016, in less than 24 hours, it racked up more than 114 million views, shattering the previously set record for highest-performing full-length trailer of Star Wars: The Force Awakens, with 112 million views.

Book author and producer E L James was and is surprised by the depth of emotion the story of Anastasia Steele and Christian Grey stirred up in fans. At one point, she was even satisfied with the story concluding with just one book. E L James explains: “The first two books were written as one, and I’d stopped at the wedding proposal and thought, ‘This is great. I’ve left them in a good place.’ But I got readers urging me to write more. I remember being on holiday and I was listening to Michael Bublé’s version of ‘You Will Never Find Another Love Like Mine,’ over and over again. I thought, ‘Hang on a minute. If I’m going to write more, what would it be?’

“I knew the only thing I could do was to have Ana pregnant and to see Christian’s reaction, which is not great,” E L James continues. “I knew that’s where I wanted the story to go. That’s why I started writing the third book—to see him absolutely terrified, furious, when she announces that she’s pregnant. He goes completely ballistic, because he’s a scared child himself.”

Regarding the title choice of this chapter, E L James explains, “In the third book, Christian finally learns to let go and accept what’s coming to him. I think he’s freed. And seeing the woman he loves with a child is the most healing thing that could ever happen to him.”

But the tone of Freed, overall, is far from merely a romance of the healing kind. Screenwriter Niall Leonard, who returns to this chapter, notes: “Freed opens with a mysterious man visiting the offices of Grey Enterprises. We realize quickly that he’s Jack Hyde and up to no good. Rather than starting with this idyllic existence that Christian and Ana have, we’re starting with the threat of Jack. It becomes clear that everything they do in this movie is constrained by the threat of his revenge. From the get-go, our heroes are never safe, happy or utterly content. Christian is aware of this and doesn’t tell Ana, thinking he’s protecting her. But of course, as a husband and wife, you don’t always protect somebody by keeping secrets. Eventually the truth comes out—it becomes another hurdle for them to face together, and another issue in their constant efforts at building trust between them.”

While it may sound fated that the couple will find that fairy-tale ending, Leonard is quick to disagree: “I would think that Erika herself might resist this idea of destiny, because it suggests that no matter what you do, you’re going to end up at a happy place. In fact, Ana and Christian have to make a big effort—they have to reach beyond themselves, to go way out of their comfort zones—to find each other and create this relationship that saves them. ‘Destiny’ makes it sound too easy—it’s a deliberate journey, it’s a struggle and a time of great conflict. Hopefully, we won’t have the sense that this was all easy, because it isn’t for the characters.

“For us, the marriage is the beginning of a new adventure, a new story, a new series of challenges,” the screenwriter concludes. “It’s not the be-all and end-all. Erika was wise to make that her focal point of the start of the third book, because it’s a whole new journey for our characters.” 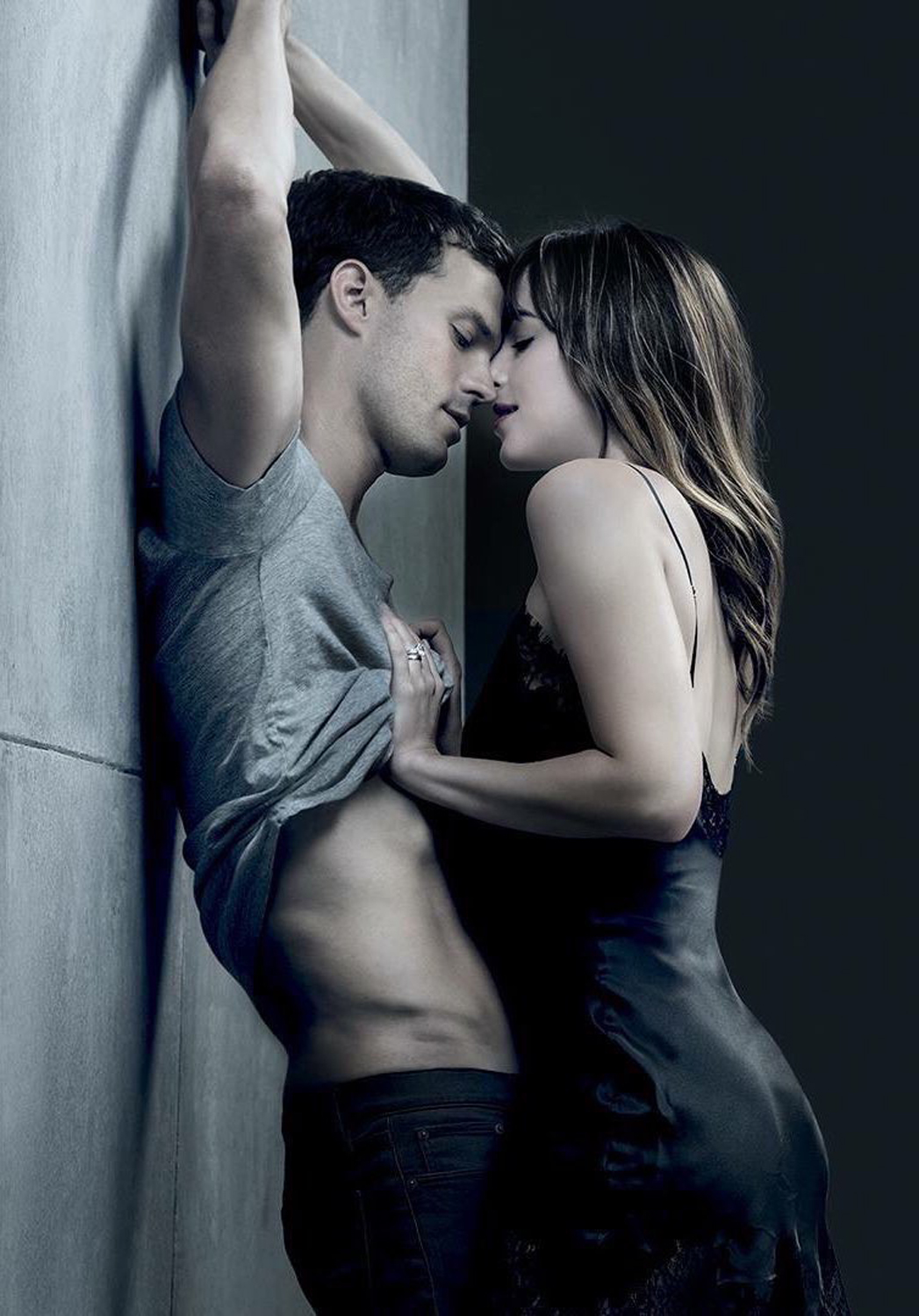