The sixth edition of QCinema casts a spell with “Diabolique,” “And God Created Woman,” and “Five and the Skin” which are influenced by the French New Wave (La Nouvelle Vague), a significant movement in the history of cinema. 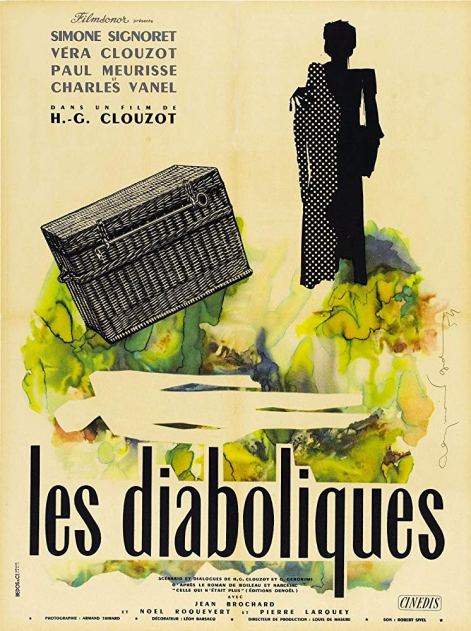 Considered a classic on the horror genre and one of the greatest films in the 50s, “Diabolique” made waves with its original release that gave recognition to Henri-Georges Clouzot.

Clouzot was best known for his works in the thriller film genre, which made him one of the greatest French film directors.

In the suspense film “Diabolique”, a wife and mistress of a loathed school principal hatch a plan to murder him while having the perfect alibi. They successfully carry out the plan but takes a turn for the worst when his corpse mysteriously disappears.

“And God Created Woman” pushed the boundaries of sexuality in American cinema.

“And God Created Woman” is a seductive and appealing story of an 18-year-old woman who teases her husband, his brother, and a Riviera millionaire.

Creating 25 motion pictures over his 40-year career, French filmmaker Roger Vadim was able to showcase his appreciation of beautiful women, that defined his personal life, by featuring them in his films.

“Five and the Skin”, slated as a French-Filipino production directed by Pierre Rissient, was shot entirely in Manila with the cast and crew consisting of Filipinos.

It features a writer who comes back to Manila with no specific reason as to why he returned. He travels in the fascinating city in search of its past while also looking for the meaning of his existence.

Pierre Rissient was an influential filmmaker in Cannes and brought many unknown directors to the international limelight including Filipino filmmaker Lino Brocka. He played a significant role in bringing Philippine cinema to the French Riviera.

The films are set to show under the French Classics section from TF1, one of the most viewed French television channels in Europe.

QCinema will feature the films from October 21 to 30, 2018, at Gateway Mall (Cineplex 10); Robinsons Galleria (Robinsons Movieworld); and Ayala Malls Cinema in Trinoma and U.P. Town Center.