Columbia Pictures celebrates the box office prowess and creative energy of rising director Fede Alvarez by choosing him to bring to the screen the new Lisbeth Salander thriller, The Girl in the Spider’s Web. 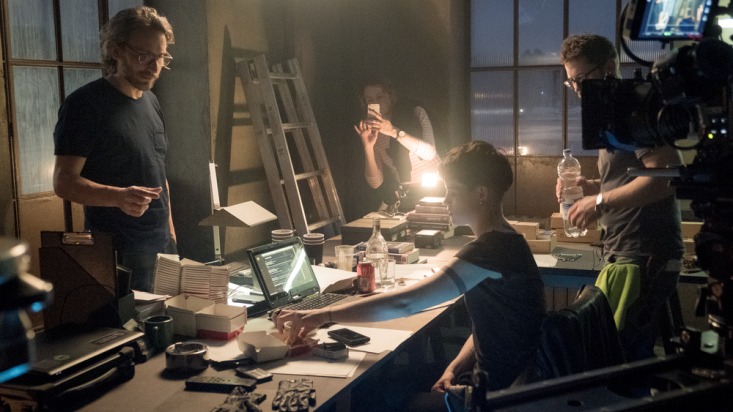 Director Fede Alvarez with Claire Foy and crew members on the set of Columbia Pictures’ THE GIRL IN THE SPIDERS’ WEB.

The studio identified Alvarez as a striking new filmmaking talent with right sensibilities for the project, as evidence by Alvarez’s 2013 remake of the horror classic Evil Dead and his original 2016 thriller Don’t Breathe.  With the producers’ deep understanding of the material, Alvarez’s ambition to keep pushing the boundaries of genre movies, and the studio’s desire to continue working with a director who had become part of the studio’s family, it only seemed natural to bring Alvarez into the world of The Girl in the Spider’s Web.

For Alvarez, the chance to bring his skill with unnerving tension, and knack for charged character dynamics, to a story steeped in drama, suspense, and action, was a perfect fit. The feel of The Girl in The Spider’s Web, he realized, needed to be its own engrossing hybrid of the visceral and emotional. “The main thing that describes it for me is just that it doesn’t look like anything else, and that’s what I’ve always been looking for as a filmmaker when it comes to choosing a project,” says the director. “And there was something very particular with this one that just gave me the opportunity to make a film that I knew didn’t have to look like anything else. It’s a strange combination of an action movie, a powerful character drama, and a Nordic noir thriller. All these elements combine in a particular way and made it very, very different”

At the top of that list of compelling elements, for Alvarez, was of course Lisbeth Salander, who for the first time takes center stage in one of the Millennium stories as the plot’s chief protagonist, rather than a featured player. “Lisbeth is the reason why I decided to make this film,” says Alvarez. “”She does something that is very relevant for these times, which is, she represents a woman saying: Enough is enough!”. 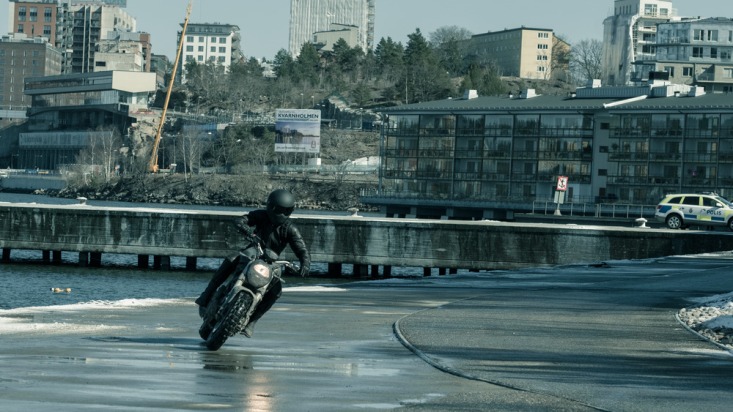 Lisbeth Salander (Claire Foy) speeding across the ice in Stockholm in Columbia Pictures’ THE GIRL IN THE SPIDERS’ WEB. 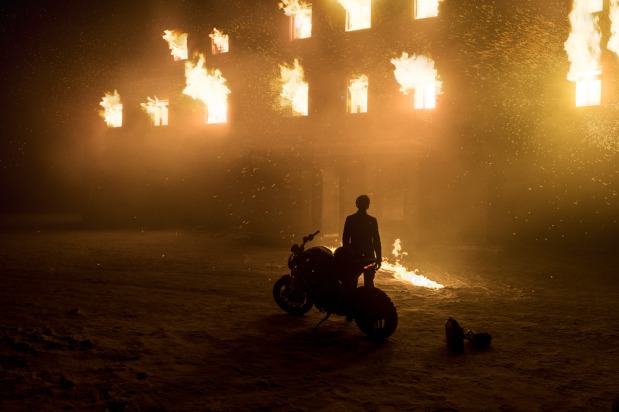 One of the strongest traits of Lisbeth as a character, says Alvarez, is her sense of fight, something he chose to explore fully and viscerally inSpider’s Web. “Lisbeth does a great job not wanting to become a victim,” he says. “It doesn’t matter how much you throw at her, she will come through – she’ll put up a great fight, which is what you see in this story better than any of the other ones in the past. You will see an iron will. It doesn’t matter how much she gets beat up or thrown back or put on her knees. She will stand up again and keep fighting. And I think that’s a feeling that everybody taps into.”

In Philippine cinemas November 21, The Girl in the Spider’s Web  is distributed by Columbia Pictures, local office of Sony Pictures Releasing International.

About The Girl in the Spider’s Web 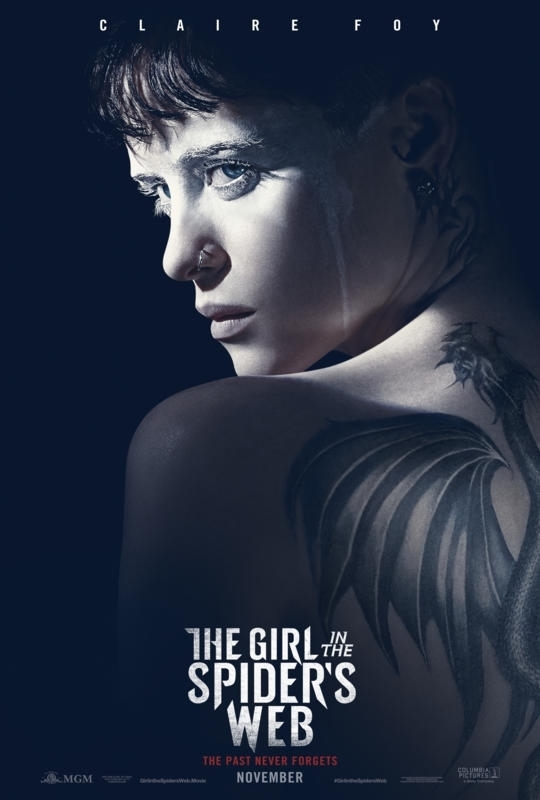 In the blistering thriller The Girl in the Spider’s Web, fans will experience an all new Lisbeth Salander adventure that finds this misfit outsider – 21st century fiction’s most original and complicated warrior for justice — in the middle of her most dangerous and personally revealing crusade yet.

When a scientist employs her to steal his work from the Americans, Lisbeth finds herself pulled into a dark and violent web of intrigue after mysterious forces take the data, torch her apartment, and leave her for dead. With her old friend, journalist Mikael Blomkvist, acting as an unlikely ally, Lisbeth must go on a perilous journey to find her attackers, protect the scientist’s young son, and get back what was taken from her. As the net tightens, she is drawn ever deeper back into the shadows of her own mysterious past.

The bad men of the world take on Lisbeth Salander at their own peril. But for those who need a new kind of hero – the voiceless, the vulnerable — she’s that righteous, volatile rebel we may need now more than ever.

The Girl in the Spider’s Web is a first-time adaptation of the recent global bestseller by David Lagercrantz, which continues the acclaimed Millennium book series created by Stieg Larsson. Emmy and Golden Globe winner Claire Foy, the star of Netflix’s “The Crown,” plays outcast vigilante defender Lisbeth Salander under the direction of rising filmmaking talent Fede Alvarez, the director of 2016’s breakout thriller Don’t Breathe.

Pelikula Mania “Don’t Breathe” Director Returns with “The Girl in the Spider’s Web”
%d bloggers like this: