Celebrities, social media personalities, members of the press and fans made up the evening’s guests, snapping selfies against spectacular photo walls before being uplifted by the film’s heart-tugging message.

Guests alternately laughed and cried and laughed some more during the film, as Mary Poppins Returns reminded viewers that amid this delicate time for the world, there is still whimsy and wonder.  As the iconic nanny would say, “Everything is possible, even the impossible!”

Check out the photos from advance screening below! 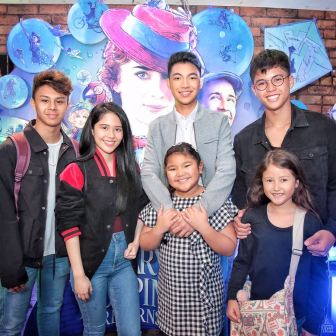 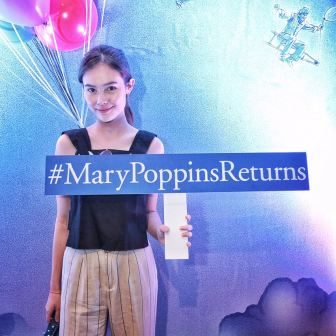 Mary Poppins Returns is now playing in Philippine cinemas nationwide.  Join the conversation online and use the hashtags#MaryPoppinsReturns and #DisneyPH.

In Disney’s “Mary Poppins Returns,” an all new original musical, Mary Poppins is back to help the next generation of the Banks family find the joy and wonder missing in their lives following a personal loss. Emily Blunt stars as the practically-perfect nanny with unique magical skills who can turn any ordinary task into an unforgettable, fantastic adventure and Lin-Manuel Miranda plays her friend Jack, an optimistic street lamplighter who helps bring light—and life—to the streets of London.

“Mary Poppins Returns” is directed by Rob Marshall. The screenplay is by David Magee and the screen story is by Magee & Rob Marshall & John DeLuca based upon the Mary Poppins Stories by PL Travers. The producers are John DeLuca, p.g.a., Rob Marshall, p.g.a. and Marc Platt, p.g.a. with Callum McDougall serving as executive producer. The music score is by Marc Shaiman and the film features all new original songs with music by Shaiman and lyrics by Scott Wittman and Shaiman.