Ai-Ai Delas Alas is back on the big screen again with her extraordinary Motherly Love that will surely tickle and touch your heart in SONS OF NANAY SABEL.

This time, Ai-Ai plays the role of Sabel, a former Bartender who was supposed to be married to a Prince. Unfortunately, the Prince found out about Sabel leaving her 6 children at an orphanage, and decides to call off the wedding. After the wedding was called off, Sabel decided to look for her sons and reunite her family once again.

Her sons were left to the care of Sister Mary (SHEREE), who kept all the details of Sabel’s kids’ foster families and handed it to her when she finally came back as she promised.

Sabel’s sons, are played by the members of the hit rap group Ex-Batallion. Bieber (DARYL) and Justin (ARCHIE) were both adopted by a rich businessman and grew up with their Yaya Bona (JON SANTOS) who went with them when Sabel took back her two sons; Troll Montero (KING BADGER) was adopted by a barber; Baby James (JAMES) AND EZ (MARK) were both adopted by an old lady named Lola Narcisa, and they only discovered that they were brothers when Sabel took them; Bhoy (RHENN) was adopted by a couple who abuses him and never loved him, that’s why Sabel forcefully took him from his foster parents.

Sabel and her sons will experience the riot of living together for the first time, and will form the family bond that Sabel has always dreamed of. But it will soon be tested when the beautiful and flirty Helen (KYLIE VERSOZA) makes the brothers fall in love with her and fight for her. Can the bond that the brothers built at a short time overcome this challenge? Will Sabel be able to hold the family that she worked hard to bring together again? 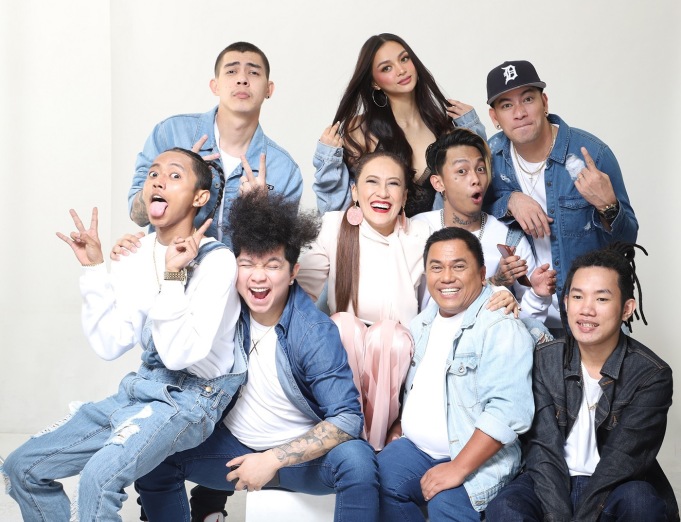 SONS OF NANAY SABEL is written by Mel Mendoza Del Rosario, the same writer who wrote the blockbuster hits trilogy of Tanging Ina, and Ang Cute ng Ina Mo. And aside from their crazy antics, Ex Batallion also has something new for their fans, as they release their new tracks “Sama-Sama”, “Huwag Siya” and “Bagong Umaga” featuring Ai-Ai in the movie.

It’s going to be one riot of a family with Ai-Ai Delas Alas and Ex Batallion in SONS OF NANAY SABEL.

Opens May 1 in cinemas nationwide. Presented to you by VIVA FIlms.