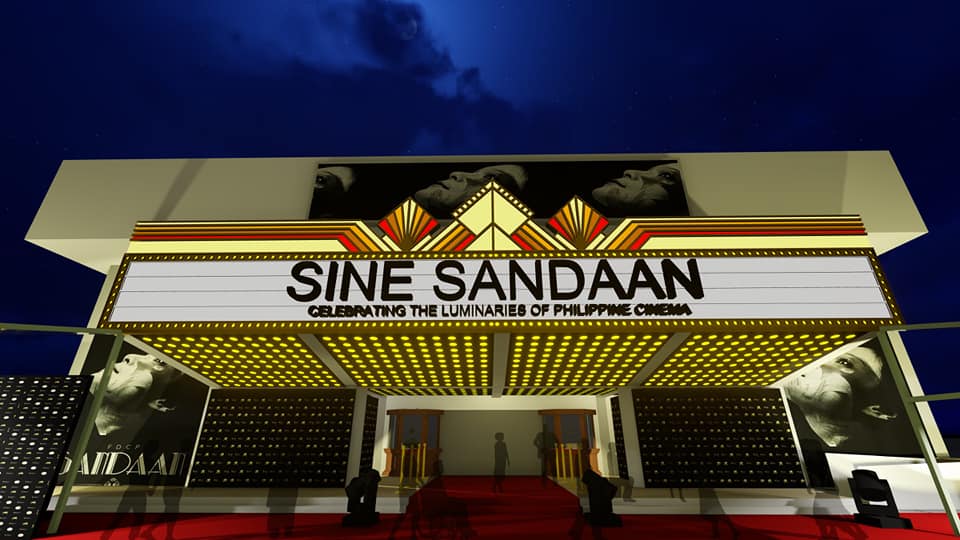 Remembered for its intricate structure and viewed as a symbol of the first rise of film as a staple of Filipino culture, Art Deco Cinemas in the Philippines were prolific in the 1930s and 1950s and will be an apt visual theme in the celebration of the One Hundred Years of Philippine Cinema.

Once home to local and Hollywood movies and other acts and performances, the New Frontier Theater is the perfect venue for Sine Sandaan as it is considered as the biggest cinema in Asia when it was built in 1965 and a classic entertainment landmark in the 1960s in Cubao, Quezon City. With the help of Big Bulb, Inc., the theater will be transformed into a fusion of the past and the modern with Art Deco aesthetics and elements of old cinema for the once-in-a-lifetime milestone of the film industry.

On September 12, Sine Sandaan marks the official launch of the Centennial Year with the Film Development Council of the Philippines (FDCP) taking the helm for the celebration. More than 300 luminaries and icons of Philippine Cinema are expected to walk down the red carpet dressed to the nines. Guests will be entertained with powerful performances by the biggest names in the music industry and the best singers of the country which will highlight the journey of Philippine Cinema in its hundred years. The event is co-presented by CMB Film Services and ABS-CBN and supported through FDCP’s strengthened partnerships with the Department of Tourism (DOT), Araneta Group, and Fashion Designers Association of the Philippines (FDAP).