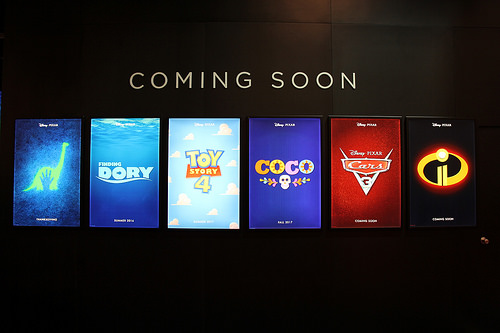 The Good Dinosaur still has its original play date, November 25, 2015 (Philippines), next year we’ll have Finding Dory for June 2016. On June 2017, Cars 3 will arrive with Coco on the same year, November 2017. Toy Story 4 will now open in cinemas June 2018 from its original June 2017 release date and last but not the least, The Incredibles 2 finally suits up for its return in the cinemas.

These are US release dates except for The Good Dinosaur which already has been green-lit for November 25 release this year by Walt Disney Studios Philippines. While we are excited with all these titles as Pixar always have these incredible stories, almost. But having Toy Story 4 and The Incredibles 2 as last in this line-up is kind of disappointing especially after what happened to Cars 2.

But we’ll keep an open mind and will anticipate these upcoming Pixar titles.