Directed Dan Villegas and Jennylyn Mercado is back from the box-office and critically successful English Only, Please which was their entry from last year’s Metro Manila Film Festival. The charms and the empathetic scenes are still there and Mercado has a better chemistry with Jericho Rosales but #WalangForever goes more dramatic. Mia, played by Jennylyn Mercado is one of the most successful screenwriters in the Philippines, gets her inspiration mostly from her experience with her ex-boyfriend/ex-fiance Ethan played by Jericho Rosales.

The dynamics of these actors and the people who made the film feels already built before they were making the movie that everything feels genuine. Jennylyn has proven to be an effective actor whether drama or comedy and Jericho still looks like that matinee idol girls want to dream about. It started as if it wants to uncover something mysterious about the two and yes, it was played out in a fun way. Then gets tedious as it arrives to its main conflict which felt a little unwelcome.

It’s a pleasure to see Jennylyn Mercado on the big screen, and with a better chemistry with Jericho Rosales, #WalangForever works for romantic-comedy fans especially those who also wants heart breaking stories. You still feel the magic in the story as relatable situations are mostly highlighted in the film. But the heart of everything, though awkwardly addressed, gives the film a more meaningful movie experience. 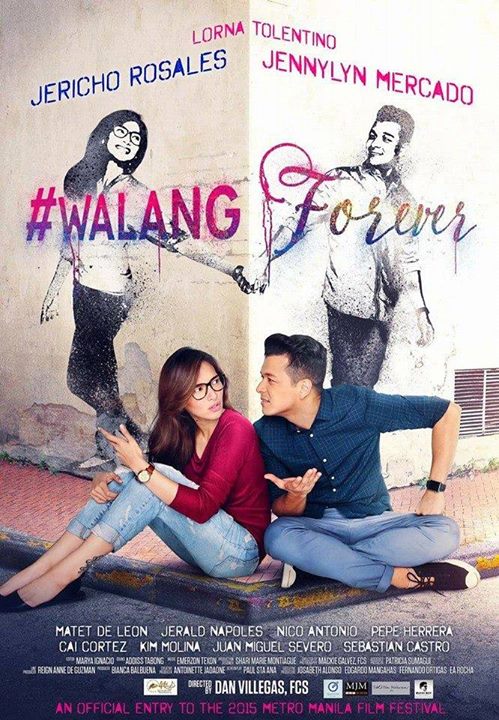