In 2013, he won the Outstanding Performance by a Cast in a Motion Picture at the Screen Actors Guild Awards for the movie Argo. He won multiple awards for his character Walter White in the TV Series Breaking Bad including Critic’s Choice Television Awards and the Golden Globe Awards.

In 2015, he starred as the titular character Dalton Trumbo who was one of Hollywood’s top screenwriter, until he and other artists were jailed and blacklisted for their political beliefs. His portrayal of the American screenwriter and novelist was noticed by the critics and put him to spotlight to be nominated as Best Actor from various award giving bodies including the Oscars.

Here’s the official synopsis of the film:

In 1947, Dalton Trumbo (Bryan Cranston) was Hollywood’s top screenwriter until he and other artists were jailed and blacklisted for their political beliefs. TRUMBO (directed by Jay Roach) recounts how Dalton used words and wit to win two Academy Awards and expose the absurdity and injustice of the blacklist, which entangled everyone from gossip columnist Hedda Hopper (Helen Mirren) to John Wayne, Kirk Douglas and Otto Preminger. The film also stars Diane Lane, John Goodman, Louis C.K., Elle Fanning, and Michael Stuhlbarg. 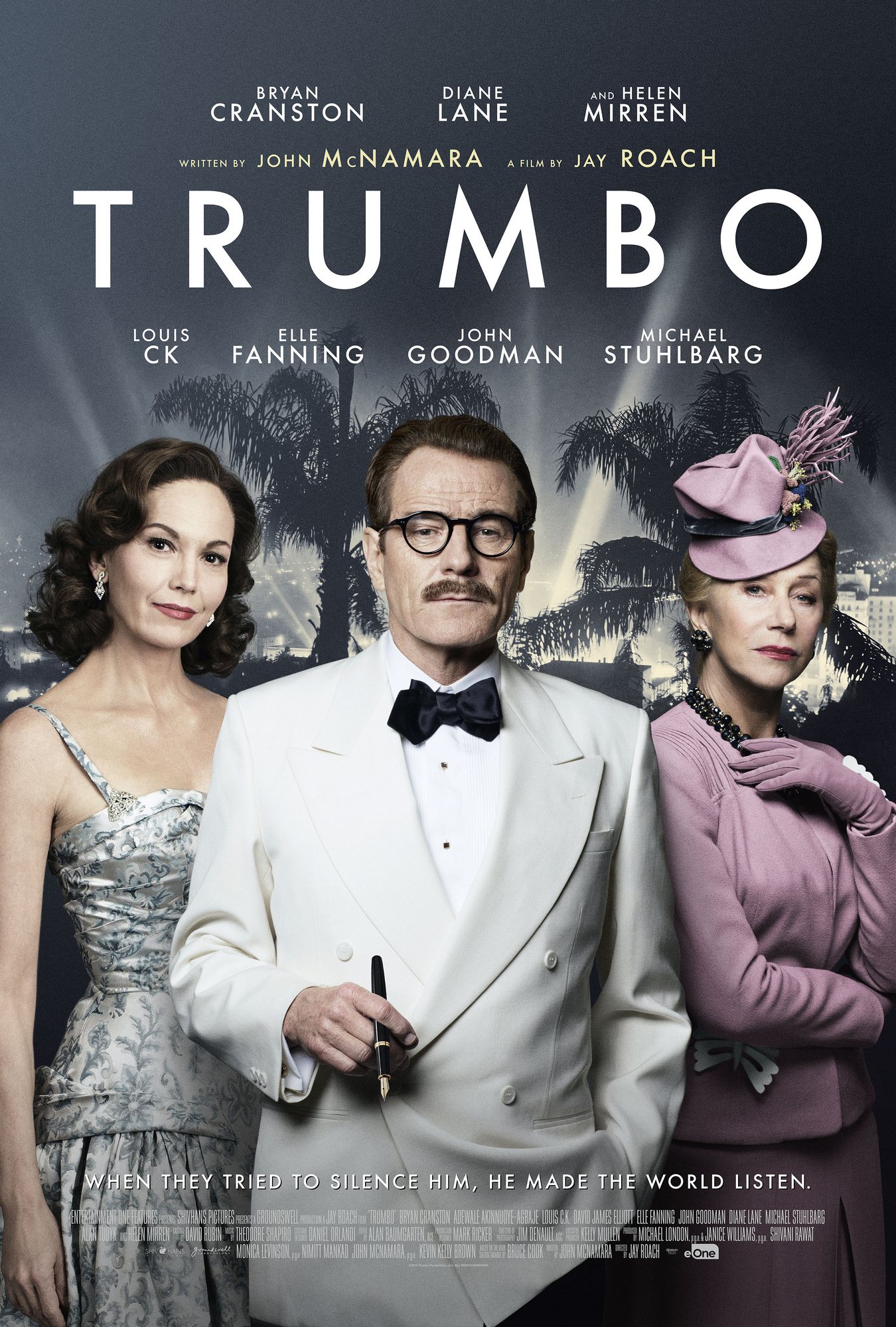