1986- She loved her country but hated God. That is why Estrell, played by Princess Punzalan, made sure that each of her 4th year High School students would do the same. “Serve the people!” she said. “But believe only in yourself.”

Her brilliant but broken favorite student, Bernard, played by John Prats, did just as she instructed. He believed in himself, albeit only in himself. He did not believe in God.

But somewhere along the way, Estrell met the Lord and became a believer. Bernard on the other hand grew up and started to believe more and more in himself… that he could somehow be his own god.

It is 2014 – Estrell is now a missionary preaching God’s word. Bernard, on the other hand, has emerged to become an evil and corrupt Senator who is one of the strongest candidates for President in 2016. They meet again

This is a story about the evil in Philippine Politics and how the Power of God’s unending love and mercy can cause change, real change. dIYOS-DIYOSAn – a victorious story every freedom-loving Filipino wants to see.

The film seeks to open the eyes of the Filipino millennials on what a true leader should be. Its timing is perfect as it opens a few weeks before the Philippine national elections. dIYOS-DIYOSAn is expected to be a media catalyst for the large percent of undecided voters. Hopefully, the voters take on the film’s lessons and reflect as to who the deserving leaders should be elected and change the course of the country for the better. 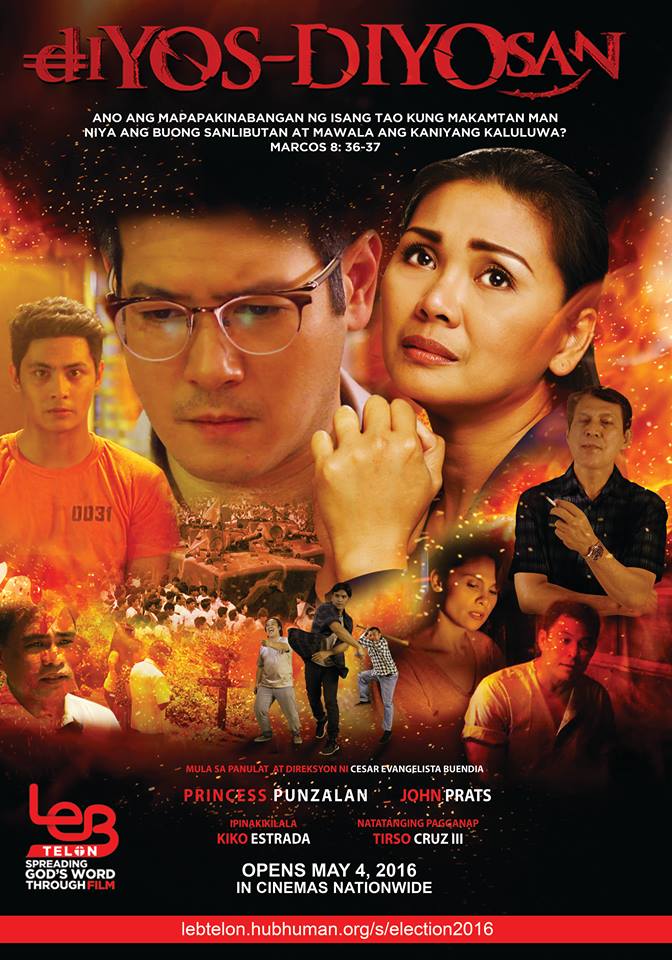