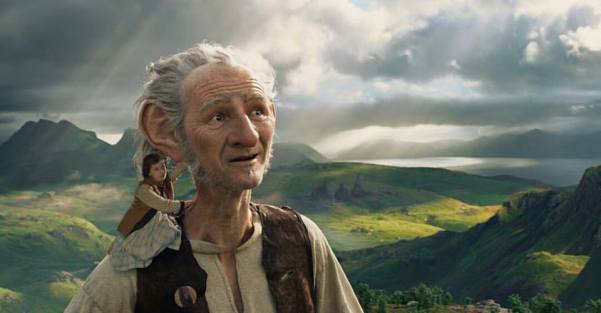 Based on the 1982 novel of the same title from the author Roald Dahl whose works are also adapted into a film (Charlie and the Chocolate Factory, James and the Giant Peach, Matilda), Disney’s The BFG is the first collaboration of Walt Disney and director Steven Spielberg. A fantasy adventure film that reunites Spielberg and Mark Rylance as The Big Friendly Giant of “The BFG.”

Steven Spielberg’s recent works (War Horse, Bridge of Spies) aren’t the family friendly films and wasn’t treated as fun entertainment films, and that might be The BFG‘s weakest suit as it takes patience for its dull atmosphere. The film doesn’t go big even though it has giants in its story but the film boasts impressive and beautiful visuals and charming characters that it’s something worth seeing. And its take in exploring the unknown is somewhat refreshing, welcoming what we mostly fear and discourage.

Ruby Barnhill as Sophie is a character one would instantly love. It’s a bit cliched that she’s an orphan but optimist and has the can-do attitude but that’s what the film wants to tell. It’s a journey of an orphan girl but most of all, it’s a journey of an unlikely friendship. Mark Rylance does something magical with his character even though he’s just the voice and maybe the face of it.

“Disney’s The BFG” is now showing in Philippine cinemas nationwide from Walt Disney Pictures, also available in 3D. Rated G by the MTRCB.