Fresh from his success as Deadshot in the blockbuster hit Suicide Squad, Will Smith now stars as Howard, a man lost in grief, in New Line Cinema’s life-affirming drama, Collateral Beauty. 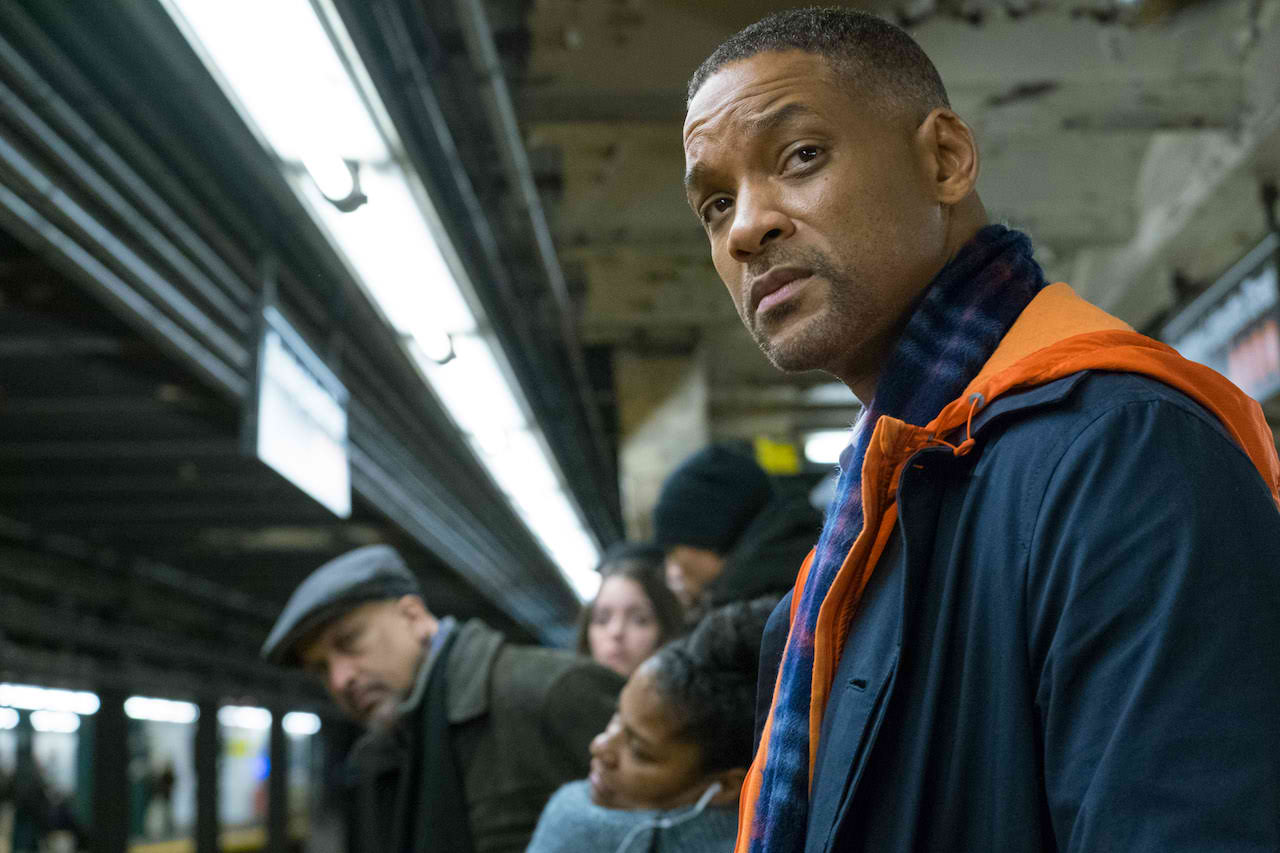 In the film, Howard, a successful New York advertising executive retreats from life after suffering a great tragedy. While his concerned friends try desperately to reconnect with him, he seeks answers from the universe by writing letters to Love, Time and Death. But it’s not until his notes bring unexpected personal responses that he begins to understand how these constants interlock in a life fully lived, and how even the deepest loss can reveal moments of meaning and beauty.

The filmmakers sought an actor who could take on Howard’s complexities while remaining relatable and appealing. He had to suggest the promise of warmth and humor, and a great heart, even when those qualities aren’t immediately apparent. As producer Michael Sugar puts it, “Will Smith is a star with unparalleled charisma. The role of Howard had to be played by someone audiences can embrace, and we felt that Will was a perfect fit.” 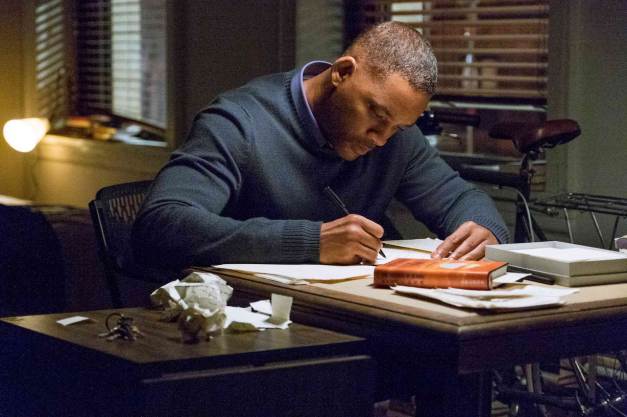 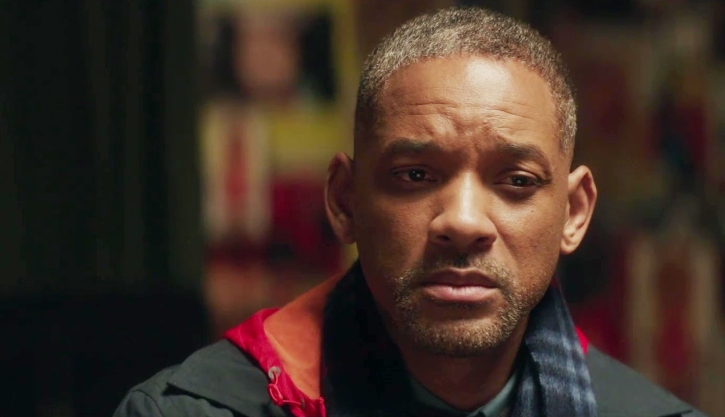 “He never lost sight of all the nuances, and made sure to highlight the levity within these dramatic scenes,” director David Frankel remarks. “It was a surprise to me how much natural comedy Will found in this character who’s in such pain, and I think that’s part of his natural buoyancy.”

“Howard was a guy who had life figured out, he understood everything there was to know about it,” says Smith. “He considered himself a teacher and a marketing guru. Great guy. He was loving, gave advice, was helpful to all his friends. He knew how to win. But when he lost his daughter, his comprehension of how things work in this world was completely uprooted and overturned.

“Grieving has been a study for him,” Smith continues, referencing the approach his character initially takes by scouring books on philosophy and healing that now litter his apartment. “He’s trying to come to some understanding, some sense of meaning and a reason to go on. He gets it intellectually that death is a part of life and things are impermanent, that you have to accept and let go, but the actual process of putting that into practice is going to require something more.” 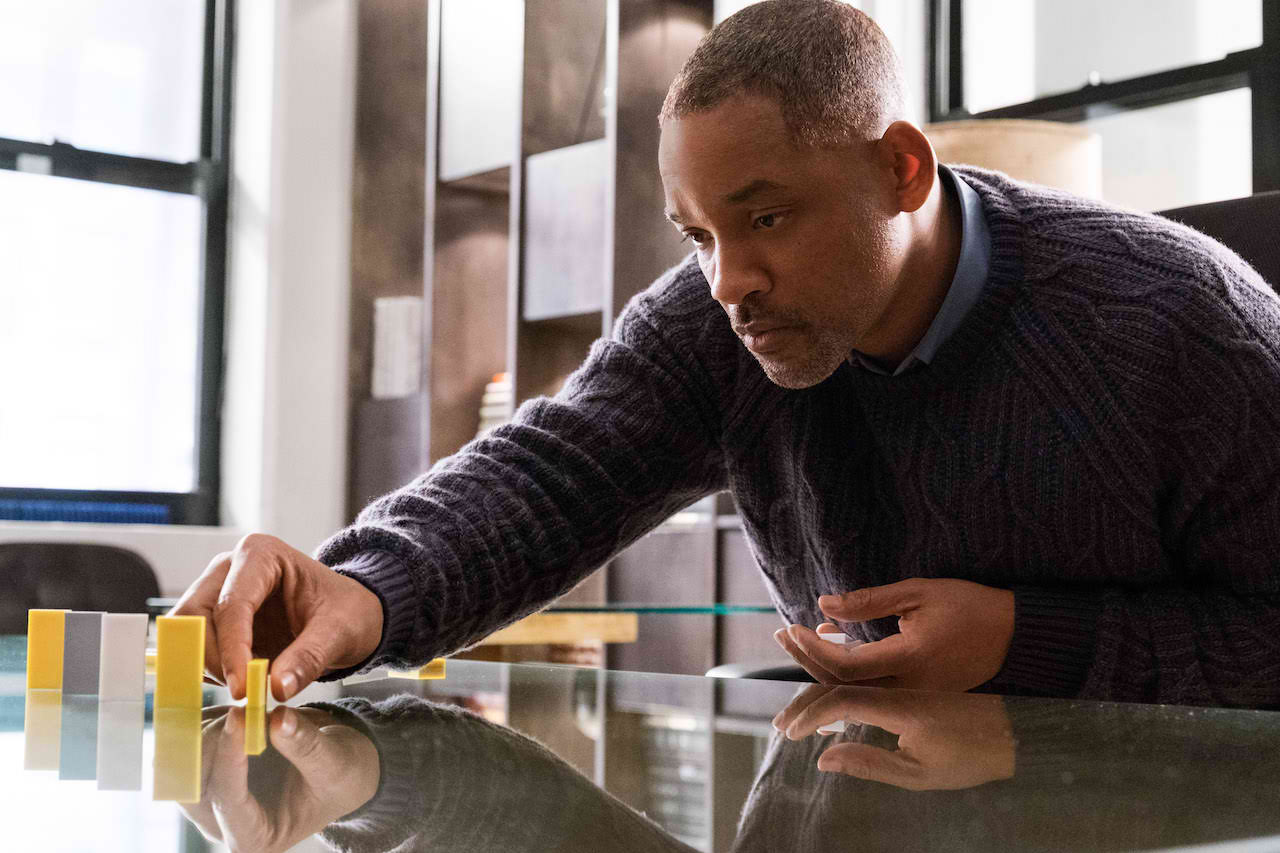 Howard’s life, such as it is, has come to revolve around a limited set of activities he repeats daily before falling into bed, where sleep eludes him. He checks in at the office, but instead of working he spends hours stacking dominoes. Days, he sits in the dog park, and nights, he races his bicycle heedlessly through the city streets. Sometimes he stops in the darkness just outside a window through which we see people in a circle of folding chairs, talking and comforting each other over some unknown sorrow. But he never goes in.

“When death happens out of sequence, a child passing before a parent, it’s like the cycle of life gets broken and we’re not genetically programmed for that,” Frankel suggests. “Is Howard mad? I believe grief can take a brilliant, bright person to a place where they never imagined, to some deep, dark low levels they never dreamed they’d be.”

People have different reactions to loss, different ways of coping and different timetables, as the story suggests. There is no right way and no judgment. But in Howard’s case, he’s not coping at all. “He’s stuck. He’s in a state of permanent stasis and doesn’t know how to get moving again,” producer Bard Dorros says.

Howard’s only consolation seems to be in the letters he writes to Time, to Love and to Death. Says Smith, “It starts out as a catharsis, a way for him to vent his emotions, his anger and disillusionment, which is something everyone can understand.”

But then something wholly unexpected happens. 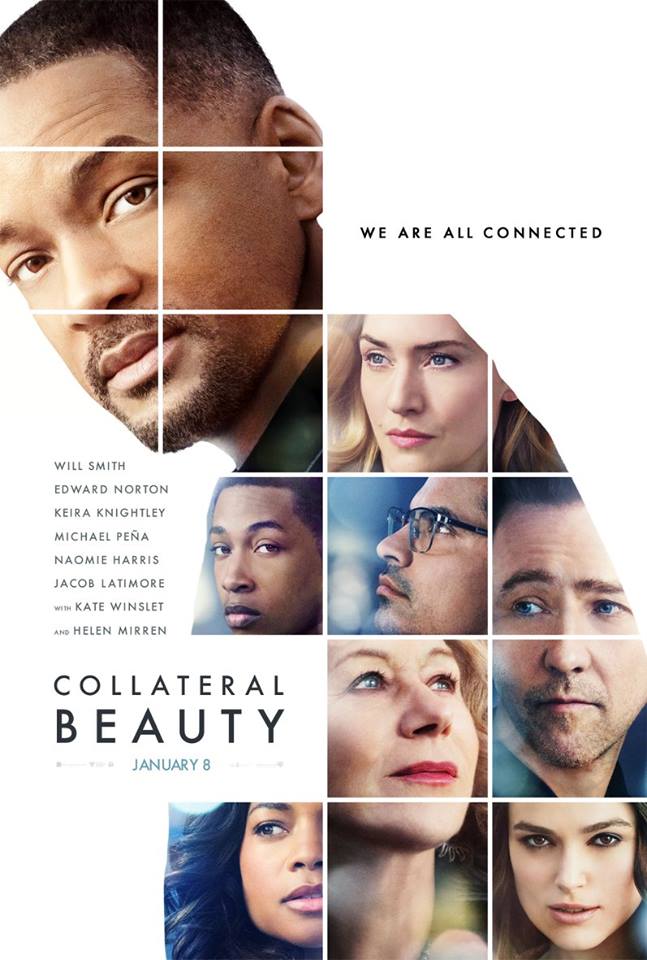 Opening across the Philippines on January 04, 2017, Collateral Beauty is distributed by Warner Bros. Pictures, a Warner Bros. Entertainment company.