Legendary Pictures and Universal Pictures, along with China Film Co., Ltd. and Le Vision Pictures, present The Great Wall, an epic action-adventure depicting a monstrous threat hidden for centuries behind one of the greatest manmade wonders of the world. 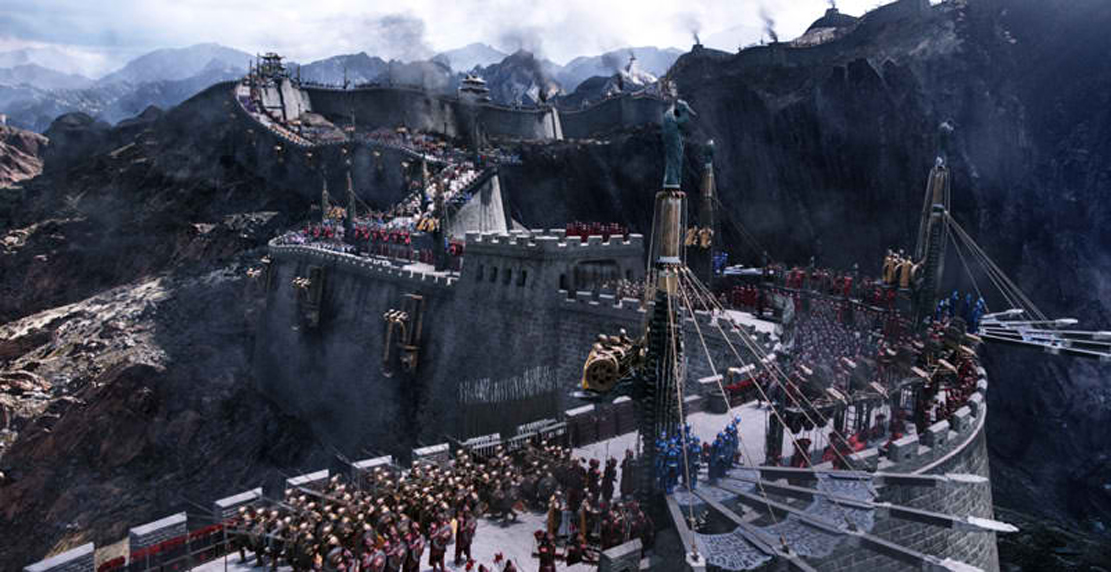 Set in an alternate vision of ancient China (circa 1100 A.D., during the Song Dynasty), the story imagines that The Wall was built to defend against a mythical Chinese creature called the Tao Tei (historical spelling, “Taotie”), a malignant species and gargoyle-like figure from Chinese mythology that rises every 60 years from the heart of the Jade Mountain to attack in vast, swarming armies and feed on humankind.

“I remember being told when I was young that the magnificent Great Wall of China was the only manmade object one could see from space,” says producer and Legendary CEO Thomas Tull. “True or not, I never forgot that, and when I set out to create a company known for its monster movies, I wanted to make one that combined my love of the genre set against this magnificent structure.

“I always wondered what was so important and compelling to have a country build a structure that big, that incredible,” Tull continues. “At Legendary, we like monsters, so my geeky brain went to work on the idea of a country building this wall to keep monsters out.” 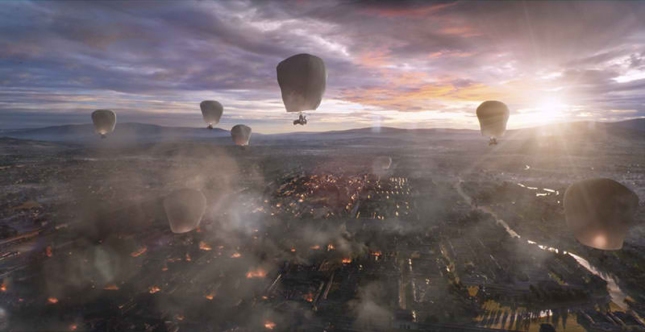 As Tull developed the idea with The Great Wall’s story and screenplay writers, he discussed the idea of a European soldier of fortune wandering Asia in the Middle Ages who comes upon a magnificent structure that covers the entire horizon. When the mercenary approaches, he is told that the guardians are preparing for the attack.

“During the course of developing the screenplay, Western writers actually discovered the Chinese legend of a monster called the Taotie [historical spelling],” adds producer Peter Loehr, who has spent the last 25 years of his career working in China. “The Taotie is actually quite well known in China.

“There’s a fantasy book called the ‘Shan-hai Jing,’ which dates back 2,500 years,” Loehr continues. “In the book, they set out different types of monsters, goblins and demons, and the Tao Tei (our spelling) is one of them. The Tao Tei, in the fantastical ‘Shan-hai Jing,’ as well as historical records, are portrayed as gluttonous. They eat incessantly, so much so that when there’s nothing left to eat, they eat their own bodies.”

Producer Charles Roven, who is known for his indelible print on blockbusters from The Dark Knight trilogy (alongside Legendary), Suicide Squad andBatman v Superman: Dawn of Justice to the much-anticipated upcoming Wonder Woman and Justice League, was brought onto the production by producers Tull and Jon Jashni. He walks us through his initial involvement in the film: “Alex Gartner and I were invited into the project by Thomas and Jon; thereafter, we were part of the original story development.”

Roven reflects on his intrigue at the premise of The Great Wall: “At the time period of our story, the Chinese were among the greatest societies…creating things the West had never seen. The gunpowder they’d invented motivates the mercenaries in our story, who are Western savages initially only out for themselves. When they come across this secret society that is trying to preserve humanity, it makes them reevaluate everything.”

Producer Jashni explains that the production team long aimed to acknowledge and honor both a bygone historical period and a long-ago era of filmmaking—one in which the sets were built to scale. “These structures were built, both then and now, to incite awe and respect,” he notes. “We knew we wanted to depict the inner workings of The Wall as practical. One might think of it as going inside a clock. It seems to do something fairly simple from the outside, but what allows it to appear so simple is rather complex. The audience might rightly assume that The Wall is merely capable of defending—by virtue of its height and its impenetrability—that which is protected behind it. We wanted to surprise them by also having The Wall be able to ‘fight back’ in clever and unexpected ways.”

The Great Wall is distributed by United International Pictures through Columbia Pictures.