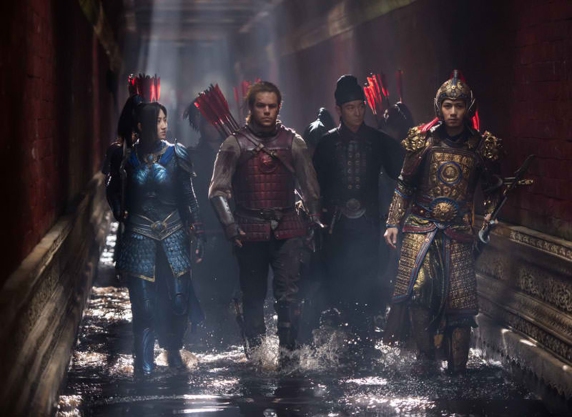 From director Zhang Yimou, who directed Chinese epic films such as Hero and The House of Flying Dragons, the film while may be set in China, has every Hollywood blockbuster feels from technical to storytelling and acting.

Starring Matt Damon as William, a member of a mercenary group looking for black powder with his co-mercenary Tover (Pedro Pascal), the two are attacked by an unknown monster but successfully cut its hand, they decided to bring the arm with them. But faith led them to a greater adventure by being held by the Chinese soldiers in a secret military section called The Nameless Order.

The Great Wall is huge, from production to story and once you get to see it, you’ll know instantly the insane budget it has for being visually epic. From the explosions, scenery to the monsters, the film does not stop in presenting visually tasteful imagery in the best angle every scene can be seen.

While everything visually is not a waste, the story isn’t as top notch as the scenes displayed. It follows the pattern of a Hollywood blockbuster formula, made to wow the audience with the things it can show and the fight scenes it can boast. It is disappointing at best but it doesn’t go stupid for the sake of bringing the story to a new level. It’s decent but doesn’t surprise you, you’ll just enjoy everything the film gives you without any guilt.

“The Great Wall” is now showing in cinemas nationwide from United International Pictures, released through Columbia Pictures. Also in 3D, 4D and IMAX 3D. Rated PG by the MTRCB.