The joy of first love. The thrill of your first date. The sweetness of your first kiss. The pain of your first heartbreak. Remember all these awesome memories in “2 Cool 2 Be 4Gotten,” a youth movie starring rising acclaimed young actor Khalil Ramos and newcomers Jameson Blake and Ethan Salvador. “2 Cool 2 Be 4gotten,” Best Picture winner of the most recent Cinema Originals, opens in cinemas nationwide on March 15. 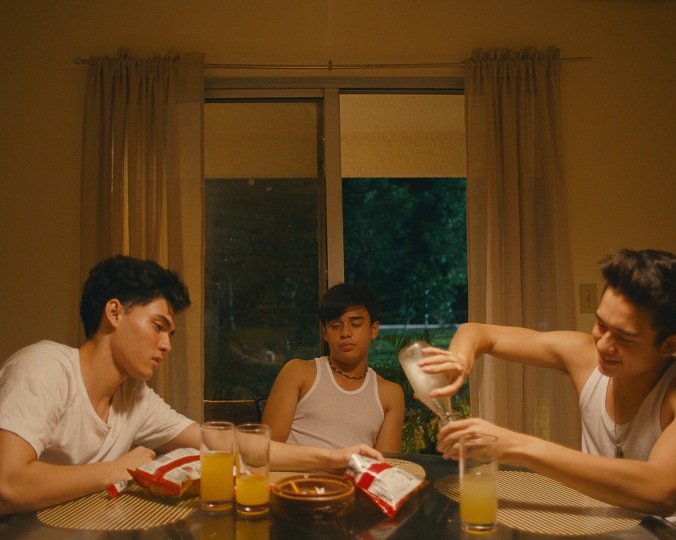 Set in Pampanga almost a decade after the 1991 eruption of Mt. Pinatubo, the film tells the story of friendless high school achiever, Felix (Khalil), whose life turns upside-down when the extremely handsome Fil-Am brothers Magnus and Maxim Synder (Ethan and Jameson, respectively) arrive as new students in his humdrum high school. The Synder boys gain attention from everyone on campus. Felix begins to tutor Magnus and forms a special bond with the latter who turns out to be a perceptive and caring person, unlike the arrogant and sly Maxim. Felix soon gets entangled into the Synder family’s complicated affairs. Meanwhile, he grows closer and falls in love with Magnus but tries to keep his feelings at bay to save their friendship. Felix tries to maintain the status quo until a discovery puts his love for Magnus to a big and difficult test.

“2 Cool 2 Be 4gotten” was hailed as one of the best films of 2016. Oggs Cruz of Rappler.com described it as a film that “blossoms into a work of gorgeous sentimentality.”

Rito Asilo of the Philippine Daily Inquirer praised the acting of Khalil and Ethan, saying that the movie got a “tag team boost from Salvador and Ramos’ complementary portrayals.”

Noted writer and advocate J. Neil Garcia gave his two-thumbs up by calling the film “textured and outstanding.” Meanwhile, Maridol Bismark of pep.ph also hailed the romantic youth movie, saying that “it has the potential to affect viewers with its versions of unconditional love.”

Aside from winning Best Picture at the Cinema One Originals 2016 Film Festival, “2 Cool 2 Be 4gotten” also won Best Supporting Actor for Jameson Blake and Best Cinematography for Carlos Mauricio.

“2 Cool 2 Be 4gotten” was always SRO at its screenings at the Cinema One Originals Filmfest. The accolades and buzz about the film have gotten viewers excited to watch it and celebrate the joy of first love. In only a few weeks, the film’s trailer obtained more than a million organic views, indicating that the film directed by Petersen Vargas and written by Jason Paul Laxama certainly strikes a chord especially among the younger audiences. 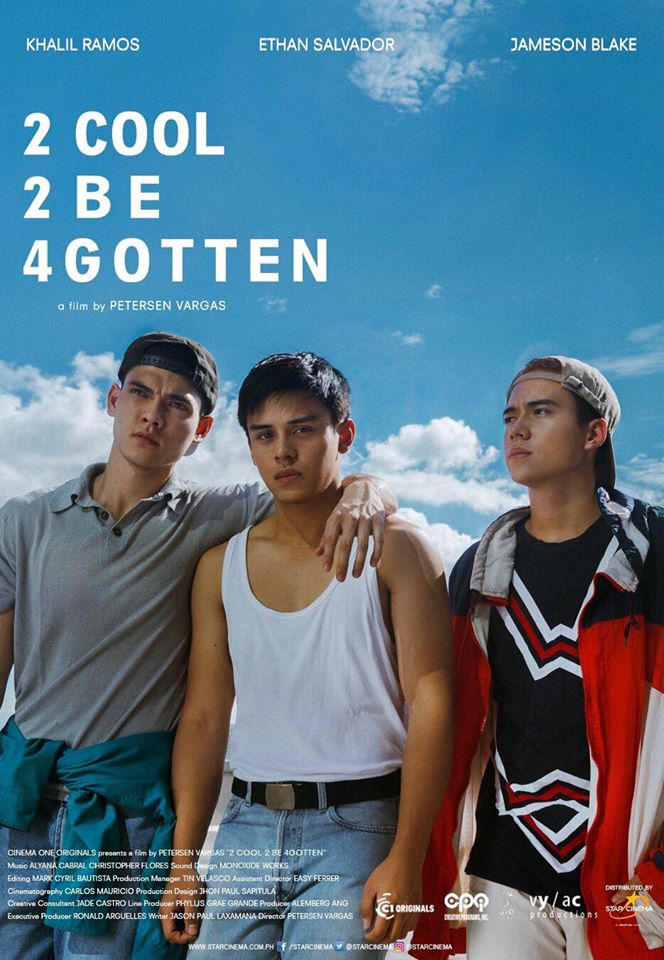 “2 Cool 2 Be 4gotten” is produced by Cinema One together with VYAC Productions (the producer of the Urian Best Picture “Ang Sayaw ng Kaliwang Paa”), and distributed by Star Cinema. The movie features the song “Okay, Okay, I’m Wrong, I’m Sorry” by Ourselves the Elves. For more information, check out the movie’s page on Facebook.

Pelikula Mania Remembering Your First Love in Coming of Age film “2 Cool 2 Be 4gotten”
%d bloggers like this: