Firstly, I’m not one with those who didn’t enjoy Andrew Garfield’s The Amazing Spider-Man series, but the first Spider-Man trilogy starring Tobey Maguire. But then this enthusiastically nerd and kid-looking arrive, swinging to the Marvel Cinematic Universe’s Captain America: Civil War. Who would knew we all wanted the 21 year old English actor named Tom Holland as our newest Spider-Man?

Spider-Man: Homecoming continues the journey of our young superhero following the events of Captain America: Civil War. Peter Parker (Holland) is torn between his studies and the responsibilities he instilled upon himself as a superhero after getting bit by a radioactive spider. School and the “internship program” of Tony Stark, his life as a normal teenager or a thrilling and dangerous life of superheroism where it includes that satisfying feeling of helping someone in need.

The film perfectly gets the teenage years, how Peter sucks at his priorities and how the pressure of wanting to be more than just how people sees you, which in Peter’s situation, a nerd who doesn’t belong with the cool kids. But aside from that, balancing his life as a superhero, even if he’s just helping fight crimes or help an old lady cross the street.

Surprisingly, there isn’t much story here with Aunt May, granting that Peter is already going through more than he could handle, a supportive and caring aunt is what he clearly needs. And that is one of the different takes this version of Spider-Man had done from the previous ones, less in family problems.

The film is fun, it has its a focused high school life, the story looks small but feels big because it is told from Peter’s perspective. You could feel his good intentions of being a nephew, a teenager, a student, a friend, a love interest and most of all, a superhero. Tom Holland  fits like a glove as Peter Parker and Spider-Man, his enthusiastic reaction to everything and the concern he gives for the people around him is seen and felt all throughout the film.

It might have a standard story telling for a superhero movie but Spider-Man: Homecoming is definitely enjoyable, has a lot of heart and is action-packed. Whether you’re a fan or not, this version of Spider-Man definitely belongs to the Marvel Cinematic Universe. 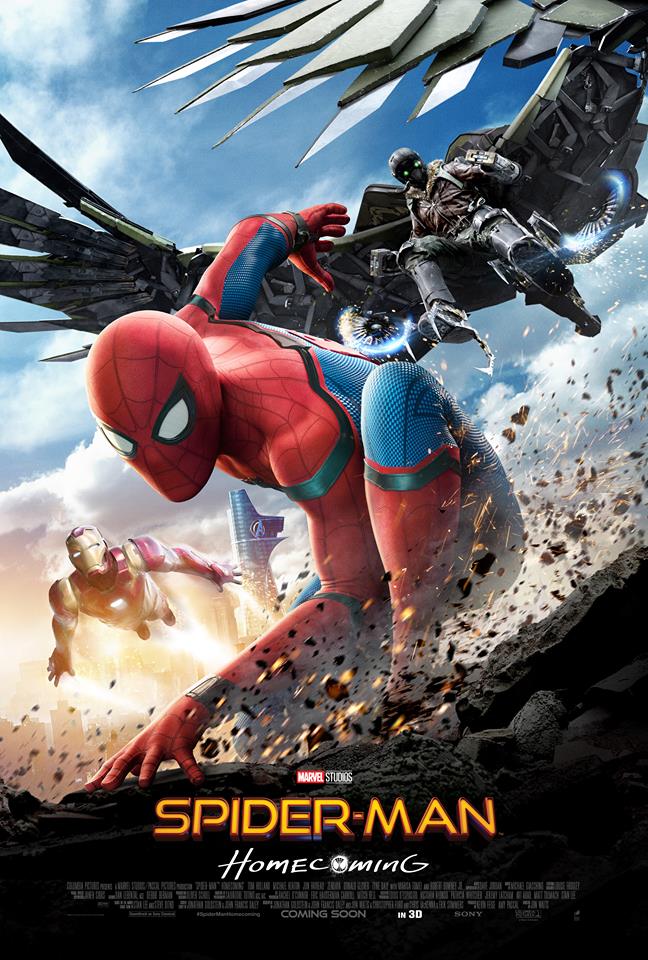 Pelikula Mania “Spider-Man: Homecoming” Review: Fun, Gets the Pressures of a Teenage (Superhero)
%d bloggers like this: