David Leitch, director of “John Wick” and “Atomic Blonde,” is at the helm to bring more stunts, more style and more action.  “Deadpool” debuted in February 2016 with the biggest R-rated opening of all time and went on to be the highest-grossing R-rated film in history with more than $750-million globally. “Deadpool” was also honored as the first live-action superhero movie to be nominated for a Golden Globe for Best Picture in the Comedy or Musical category, and Ryan Reynolds was also nominated as Best Actor.

Check out final the greenband and redband trailers of Deadpool 2:

Along with the returning and new cast in “Deadpool 2,” Academy Award-nominated actor Josh Brolin also stars as the time-traveling Cable, a warrior infected with the techno-organic virus that renders him cybernetic and the most highly-anticipated screen personas in recent history. 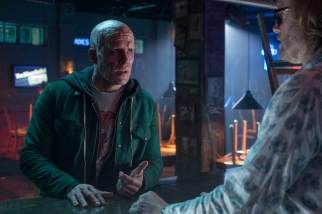 From 20th Century Fox, “Deadpool 2” opens May 16 in the Philippines and will have previews on May 15 nationwide starting 5:00pm (check theatres near you!).  Also available in IMAX screens nationwide.

Pelikula Mania “Deadpool 2” Final Trailer Released, to Arrive in PH Cinemas May 16 with Previews on May 15, 5PM
%d bloggers like this: