Phil Lord and Christopher Miller, the creative minds behind 21 Jump Street and the BAFTA and Annie-Award winning feature, The LEGO Movie, bring their unique sensibilities to a fresh version of a different Spider-Man Universe, with a groundbreaking visual style that’s the first of its kind.  Spider-Man™: Into the Spider-Verse introduces Brooklyn teen Miles Morales, and the limitless possibilities of the Spider-Verse, where  anyone can wear the mask.

Check out the new Spot of Spider-Man™: Into the Spider-Verse and watch the film in Philippine cinemas December 12.

Based on the comic book characters created by writer Brian Michael Bendis and artist Sara Pichelli in 2011, the movie centers on the adventures of African-American/Puerto Rican Brooklyn teen Miles Morales as he tries to fit in at a new private school in Manhattan.

Miles’ father is a by-the-books police officer and his mother is a devoted nurse. They are both loving parents who are proud of their son’s achievements, and want to see him succeed in the new school for gifted students. However, adjusting to the new school proves to be tough on Miles who would rather spend time with his friends from the neighborhood or visit his uncle Aaron, who encourages his talents as a graffiti artist. Although Miles idolizes Aaron, his charming uncle is quite a complex character who has had troubles with the law in the past. 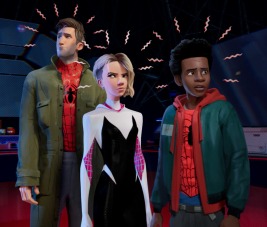 Miles’ life becomes even more complicated when he is bitten by a radioactive spider, and he finds himself developing super powers, which includes venom strike, camouflage, sticking to objects, incredible hearing, Spidey sense, and much more. Meanwhile, the city’s nefarious criminal mastermind Kingpin has developed an ultra-secret nuclear super collider which opens up a portal to other universes, pulling different versions of Spider-Man (including an older Peter Parker, Spider-Gwen, Spider-Man Noir, Spider-Ham and anime Peni Parker) into Miles’ world.

Aided by familiar characters such as Peter Parker, Spider-Gwen and a kick-ass version of Aunt May, and new characters such as Spider-Ham, Spider-Man Noir and anime Peni Parker,  Miles learns to accept the challenges and responsibilities of being a real superhero. He ultimately realizes that anyone can wear the hero’s mask and take action to fight for what’s right.

Lord, who also co-wrote the movie with director Rodney Rothman, says it was the Miles Morales character that initially attracted him to the project. “We really thought it was an amazing, fresh way to tell the Spider-Man stories,” he notes. “When Sony came to us and said, ‘We want to do an animated Spider-Man movie, we initially said, (as we do with all of our projects), ‘No. Because the Spider-Man story has been told so many times. We then started talking about how we would approach it in a fresh way if we were to do it, and thought, it has to be Miles!’ At that time, Miles was easily the most exciting character in the Marvel universe.  So, we leaned into this idea of a different superhero for our era, set in this environment that has multiple Spider-people from all of the comics. This idea of exploring different universes and playing with all the various versions of this beloved character opened up a world of possibilities to us.”

Columbia Pictures presents, in association with Marvel, a Sony Pictures Animation film, Spider-Man: Into the Spider-Verse. Featuring the voices of Shameik Moore as Miles Morales, Jake Johnson as Peter Parker, Hailee Steinfeld as Spider-Gwen, Mahershala Ali as Miles’ uncle Aaron, Brian Tyree Henry as Miles’ father Jefferson, Lily Tomlin as Aunt May, Luna Lauren Velez as Miles’ mother Rio, John Mulaney as Spider-Ham, Kimiko Glenn as Peni Parker, with Nicolas Cage as Spider-Man Noir, and Liev Schreiber as Kingpin. The movie is directed by Bob Persichetti, Peter Ramsey and Rodney Rothman and produced by Avi Arad, Amy Pascal, Phil Lord, Christopher Miller and Christina Steinberg, from on a screenplay by Lord and Rothman and a story by Lord, based on the Marvel Comics. The executive producers are the late Stan Lee, Brian Michael Bendis and  Will Allegra.  Music by Daniel Pemberton. 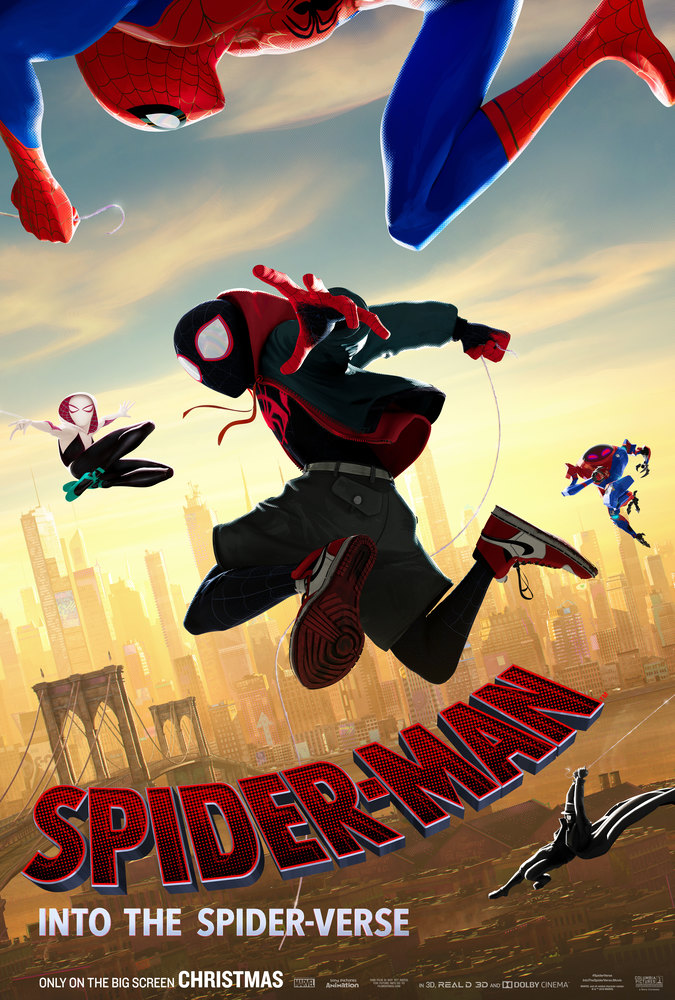 Spider-Man: Into the Spider-Verse is distributed by Columbia Pictures, local office of Sony Pictures Releasing International.