Fresh from its successful world premiere in Europe where director Jun Robles Lana was awarded Best Director, Kalel, 15 will finally be screened in selected Philippine Cinemas this Wednesday, December 18.

Kalel, 15 is the story of a 15-year old son of a priest who discovers he is HIV positive. It is the last in Jun Robles Lana’s trilogy of films of that include the internationally awarded Bwakaw and Barber’s Tales. Incidentally, all three films in the trilogy feature Eddie Garcia in a pivotal role. Kalel, 15 is the last feature film of the legendary actor. 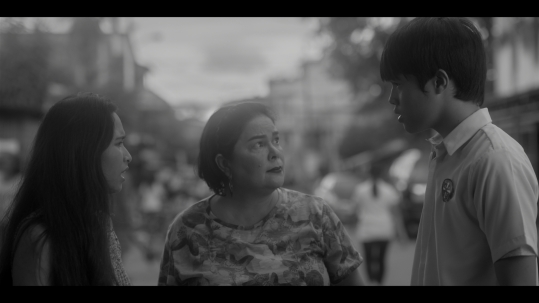 Kalel, 15 features Cannes Best Actress Jaclyn Jose whose performance was hailed by the Cinema Evaluation Board which gave the film an A-grade. The lead role in the film belongs to young actor Elijah Canlas, who was described as “brilliant” by Mike Newell, the director of Four Weddings and A Funeral and Harry Potter and the Goblet of Fire, who was in the jury at the Tallinn Black Nights Film Festival where Kalel, 15 had its premiere.

Kalel, 15 caps a banner year for Director Jun Robles Lana. His mainstream film The Panti Sisters from last September’s Pista ng Pelikulang Pilipino earned P213 million and is currently the 3rd biggest box office hit of 2019. Then just a few months after, he became only the 2nd Filipino to win Best Director at an A-list film festival (the first being Brillante Mendoza at Cannes in 2009). Prior to Kalel, 15, Jun also won Best Director at the Pacific Meridian Film Festival in Russia and at the Kerala Film Festival in India for Shadow Behind the Moon and at the Madrid International Film Festival for Barber’s Tales.

Here are some reviews from various international publications:

“Working with a large cast of mostly very young actors he has made a film which feels deeply -rooted in the everyday lives of its characters. His film pulls away from the sticking-plaster from the wound of the AIDS epidemic among young people of the Philippines and exposes the terror and violence that this crisis imposes on them. It’s a passionate and concerned film about lives we never see in the West.” – Jury comment, Tallinn Black Nights Film Festival

“Director Jun Lana has complete control of the material. He succeeds in making his teen actors act convincingly and truthfully. The film sends a disturbing message.

It is also a cry for help for victims of HIV.” — Cinema Evaluation Board

“Believably real. At last, there is a film about today’s young that doesn’t portray them as mindless, shallow, love-struck petty individuals” — Cinema Evaluation Board

“Slow and scathing descent into numbness of an adolescent stricken with HIV. We witness his journey as he navigates the hypocrisy of the Catholic institutions and how his family disintegrates.” — Cinema Evaluation Board

“Powerful film. Finely and carefully crafted and is a beautiful depiction of pain. Bravura performances all around. This was four years in the making, and it shows.”

“From the time I presented this project at the 2014 Hong Kong-Asia Film Financing Forum, the story has evolved into a more complex narrative. After years of research and interviews, what started out as a mere tale of secrets and scandal became an examination of youth culture, particularly young people in peril, and a society that cares so little about them… On the surface, the movie is about a young boy’s struggle to belong and embrace life’s complications. But on a deeper level, it is about all of us, our search for meaning in a world where the very institutions we’re supposed to look up to are weighed down with hypocrisy, dishonesty and deception.” – Director’s Statement of Jun Robles Lana at the Hong Kong Asia Film Financing Forum 2019