While “Mission: Impossible – Rogue Nation” brings together the best and the brightest of the IMF in hot pursuit of The Syndicate, the film also bring several new faces into Ethan Hunt’s (Tom Cruise) world. Most notably, Hunt meets Ilsa Faust, a woman who literally takes him by storm, with savvy and skills that rival his own.

To play Ilsa, the femme fatale who reverses the tables on Hunt, the filmmakers chose a relative unknown: Rebecca Ferguson, who hails from Sweden, and was recently seen in “Hercules.” She won the role in part because she was a total surprise, says director Christopher McQuarrie. “When I first saw Rebecca on tape, she was 180 degrees from what I thought I was looking for. But Tom and I just looked at each other and said, ‘that’s her.’ Immediately we saw that she had the energy we wanted – she was independent, elegant, full of grace and maturity,” the director observes. “We called her in to read with Tom and they instantly clicked. Everyone just stood back and watched the chemistry.”

The only thing Ferguson didn’t have was a long resumé of action. But what Ferguson lacked in experience, she made up for with a willingness to try things that terrified her. “Rebecca had only a few weeks to train before we started shooting,” recalls McQuarrie. “There wasn’t a lot of time and she was very honest that she had a serious fear of heights and claustrophobia, but four weeks later, she was leaping off the roof of the Vienna Opera House! She never pretended she wasn’t afraid, but she pushed herself and became so remarkably proficient that I think she had a great experience.” 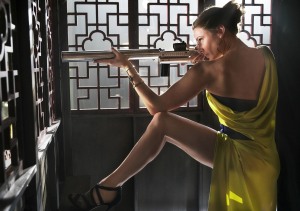 Cruise was impressed with the way Ferguson deftly tackled the role’s huge physical demands without losing Ilsa Faust’s intriguing feminine wiles – and a personality that has Hunt believing in her in spite of himself. “I think she’s an incredibly powerful actress and also incredibly charismatic. She exudes both elegance and intelligence,” Cruise says. “Chris and I talked a lot about what we wanted in Ilsa and we wanted a very strong woman, someone both powerful and mysterious who would have the audience leaning forward watching her, rooting for her and being a little shocked by her.”

He goes on: “Rebecca had never done this type of action before, but luckily she’s a natural athlete. She herself didn’t realize how good she would be at it until the training began. When we were working together, I kept telling her, ‘look, you’re really talented at this.’ It’s true. Her hand-eye coordination, the way she moves, it’s instinctively powerful. I think we were quite fortunate to find her; and Ialso think audiences will be truly captivated by her.”

Ferguson knew right away what her approach would be to the role: to be Ethan Hunt’s counterpart in an unapologetically feminine form. “Ilsa is the female Ethan Hunt,” she sums up. “And that’s why he kind of meets his match in her. What I love about her as a character is that she has both a very badass side and a vulnerability that entwine together. So she’s very strong and driven, like Ethan, but I think she’s also someone to whom people can relate.”

She was also thrilled to find herself at the center of a series she has been enjoying for years as a movie-going fan. “I have always loved ‘Mission: Impossible,’” Ferguson muses. “I love that you can always expect the unexpected. You know going into it there will be the coolest technology, stunts and exciting actors. This one is a great ride, but a ride with emotions, and that’s the best kind.”

With no time to lose, Ferguson recalls that she had to throw herself into training with all she had. “It was six hours a day and six days a week of stunt rehearsals, learning the specifics of hitting, ducking, jumping and moving,” she describes. “The training was very detailed and specific. At the same time, I was looking to find Ilsa’s own personal way of moving and fighting. I came to think of her as a lot like a cat, someone who kind of claws herself into anyone who attacks her. She uses pure body momentum to take down much more massive guys. During the training, we found this robust, raw, animalistic style of fighting for her that is really cool – and unlike any man you’ve seen.” 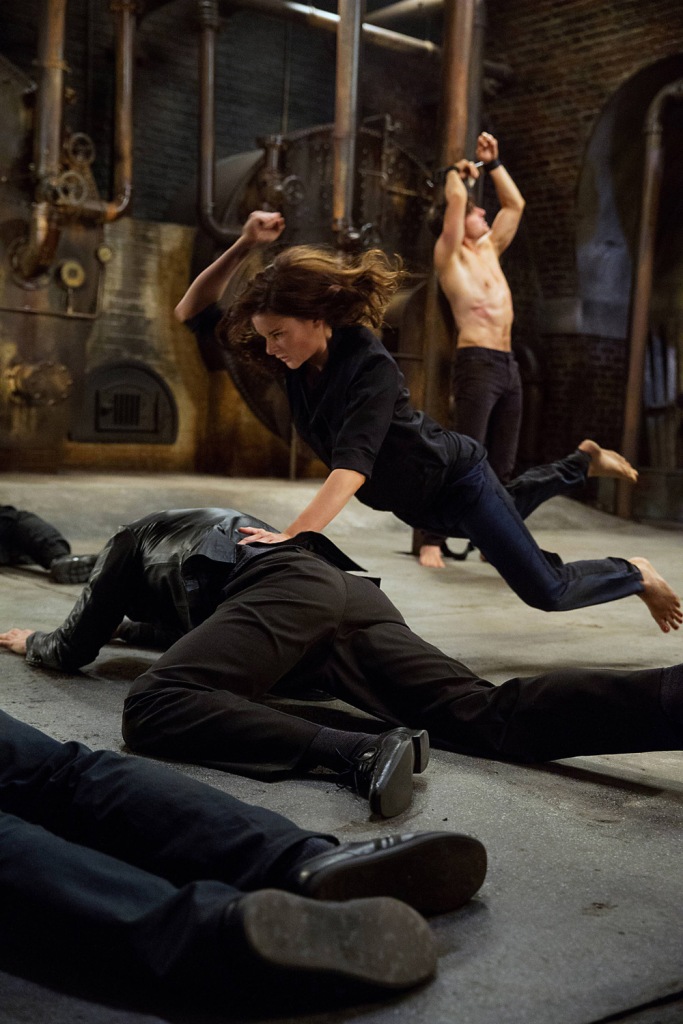 She says she didn’t give herself time to question too much what she was doing as she literally dove headlong into the stunts – which was a good thing. “Working on the stunts was a trip. I have claustrophobia and vertigo, but somehow, they got me to throw myself off high buildings and strap myself in underwater. I had to just do it and so I did,” she offers.

Opening in cinemas and IMAX across the Philippines on Thursday, July 30, “Mission: Impossible – Rogue Nation” is distributed by United International Pictures through Columbia Pictures.