Chris Evans steps off from his duties in saving the world and debuts as a director in the upcoming romantic, serendipitous movie “Before We Go.”  Drawing his inspiration from director Richard Linklater of the highly acclaimed films “Before Sunset,” “Before Sunrise” and “Before Midnight,” Evans also stars in “Before We Go” where two strangers meet at Grand Central Station and spent the night away contemplating on their current and uncertain future. Over the course of one night, they form an unlikely bond and the conflicts in their own lives become the basis for exploration into each other and themselves.

Evans stars alongside the beautiful Alice Eve wherein Evans plays Nick, a trumpet player practicing along the corridors of the Station on the fateful night he meets Brooke (Eve).  Brooke is seen frantically catching the last train home after being robbed, Nick volunteers to get her home safe and try to find the culprit who stole her bag.

“I’ve known for a while I wanted to direct,” Evans says. “But (time) never really opens up. There’s another movie to do, there’s another acting job. It just got to a point where I was like, you know what — I have to do this.  I’ve always been a big fan of romance, and I think this story captured the idea of meeting somebody in an unexpected, unintentional night, unfolding in a really pure manner.  You have two characters that were hiding, running, damaged.  And each one of them were in need of a kind of understanding on what love meant.” 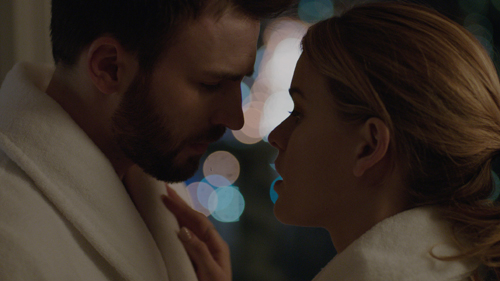 “Before We Go’s” producing studio RADiUS collaborates once again with Evans, whom they have previously worked with in “Snowpiercer.”  “We’re excited to be working with him again on this winning romance,” added RADiUS co-presidents Tom Quinn and Jason Janego. “Directed with a deft hand, both he and Alice have tremendous chemistry with each delivering an assured subtlety and highly seductive performance.”

“As a first time director, I’m so excited that we found a home with RADiUS,” Evans said in a statement earlier this year. “I was really impressed with what they did on ‘Snowpiercer’ and my film couldn’t be in better hands. ”

Pelikula Mania Chris Evans Debuts as Director in Charming Love Story ‘Before We Go’
%d bloggers like this: