For a limited time you may now watch SPOTLIGHT, the Oscar pick for Best Picture, back at select cinemas: Eastwood, Gateway, Powerplant, Robinsons Galleria, and the newly opened Cinema ’76. 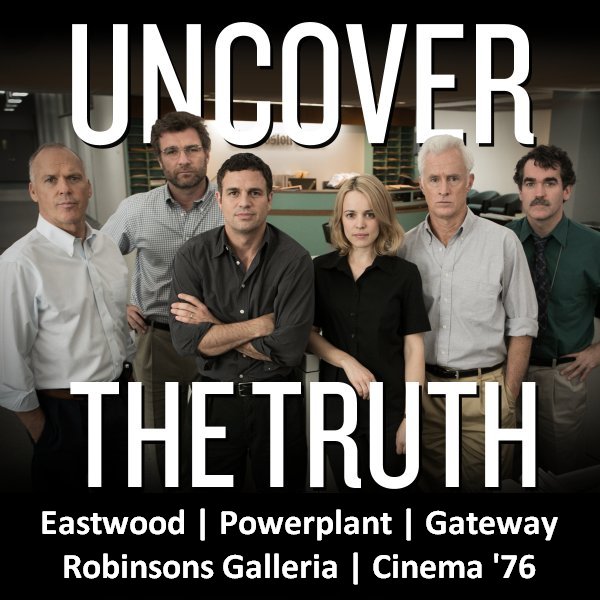 The movie won two Oscars for Best Original Screenplay and Best Picture in the recently concluded 88th Academy Awards. It also had four other nominations with Mark Ruffalo and Rachel McAdams in the Actor/Actress in a Supporting Role category,  Film Editing for Tom McArdle, and Directing for Tom McCarthy.

In his acceptance speech, producer Michael Sugar said he hoped the film had given a voice to the survivors of the abuse that would “become a choir that would resonate all the way to the Vatican.” He continued with a direct call to Pope Francis that “it’s time to protect the children and restore the faith.”

The Vatican newspaper, L’Osservatore Romano, has praised Spotlight for its “convincing attempt to show abuse and cover-ups in the Catholic church”. The newspaper published a front-page editorial on Monday hailing Tom McCarthy’s film and calling it “not anti-Catholic”. The editorial said Spotlight, which centers on the work of a group of Boston Globe reporters to uncover abuse by Roman Catholic priests, faithfully presented the church’s attempts to defend itself in the face of “horrendous realities”.

According to Justin Cheng, Chief Film Critic of Variety, Spotlight’s Oscar win is a meaningful victory on a number of levels. It has brought attention the testimony of those who have endured grave abuse at the hands of the Catholic Church — and perhaps, too, it will help hold abusers and conspirators to ever higher standards of reform and accountability.

Spotlight’s Best Picture win also offers a rare and significant validation for the many journalists who have seen their proud profession become a downsized shadow of its former self, bereft of the resources that make such patient, vital investigative work possible. But social conscience alone is never a good enough reason to declare a movie the best of its class. No one disputes that “Spotlight” is an important movie, but its far more praiseworthy attribute is that it so skillfully avoids the trap of self-importance. 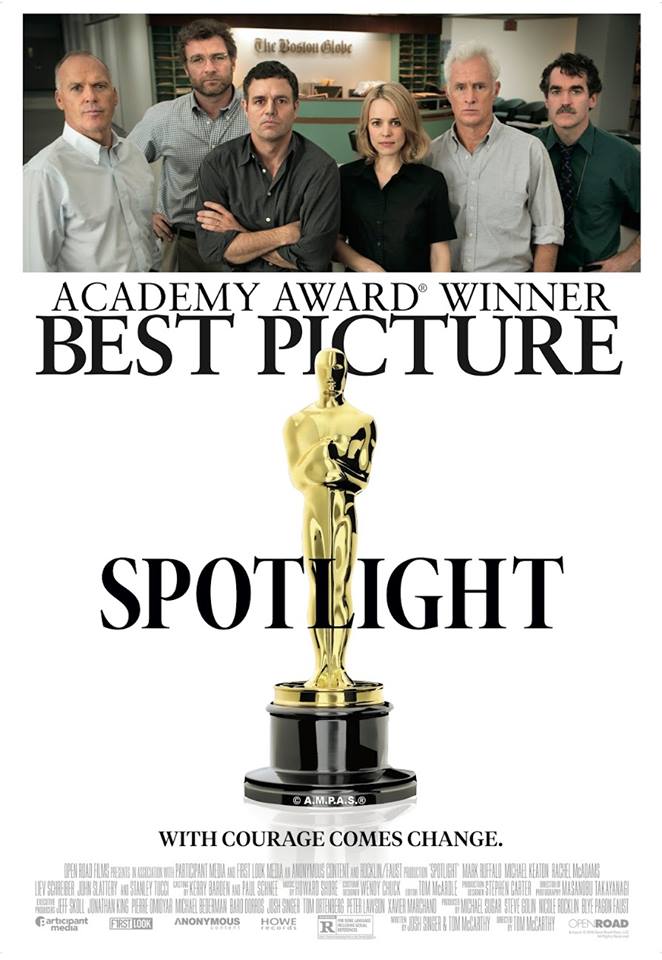 After SPOTLIGHT, Solar Pictures is set to release another Oscar favorite TRUMBO, starring Bryan Cranston who earned an Academy Award nomination for his role as Dalton Trumbo. He is joined by Helen Mirren and Diane Lane, both no strangers to the Academy.