World War is waving in the horizon, as the relations between the U.S. and the U.S.S.R. deteriorated and the fear of the “Red Menace” reached unprecedented heights. A group called the House of Un-American Activities otherwise known as H.U.A.C., investigated thousands of Americans suspected of being communist sympathizers. Nobody was spared, when teachers, military contractors, civil servants, journalists, and others lost their jobs, their reputations, and even their families as suspicion and paranoia swept the nation. And Hollywood land and its denizens suffered from its claws and pangs.

In the 1940s, Dalton Trumbo (played by Emmy & Golden Globe winner and Oscar nominee, Byan Cranston) is one of the highest paid screenwriters in the world, penning movie classics including the Oscar-nominated “Kitty Foyle” and “Thirty Seconds Over Tokyo”. A fixture on the Hollywood social scene, and a political activist supporting labor unions, equal pay, and civil rights. Brilliant, ambitious and contentious, Trumbo enjoyed exposing what he perceived as the world’s hypocrisy and injustices in his films. Academy Award-winners “Roman Holiday” and “The Brave Ones” were both written under pseudonyms during his 13-year exile from Hollywood. 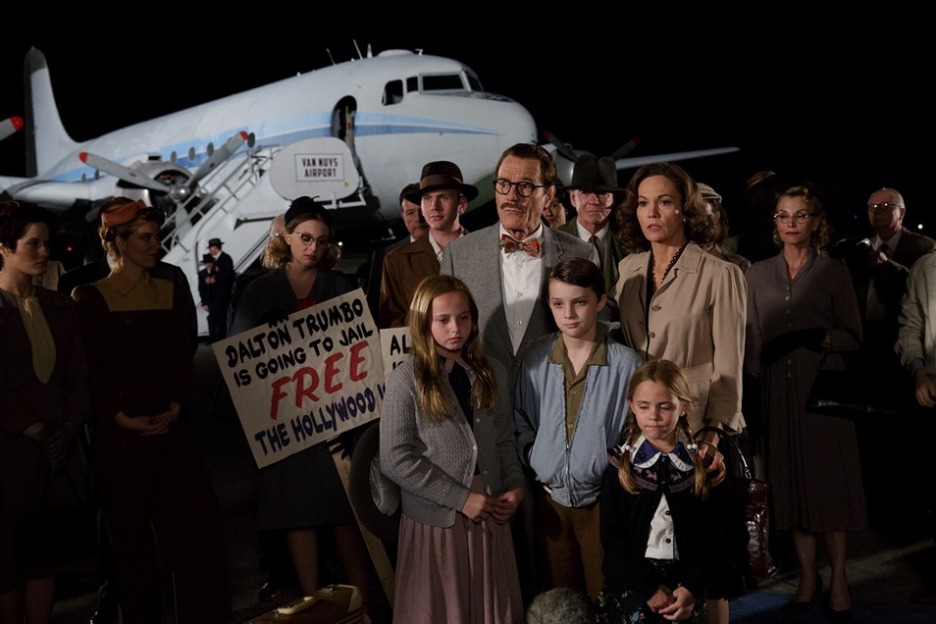 In the late 1940s, the HUAC paid special attention to Hollywood, aimed at rooting out communists in the film industry. The Blacklist became a dreaded document when scores of prominent actors, directors, producers and screenwriters were publicly berated about their association with an array of organizations deemed to be “un-American”. Threatened with the loss of their livelihoods, many witnesses gave evidences against friends and colleagues. Ten of those called the “Hollywood Ten” refused to testify and answer any questions, denying the committee’s right to ask them about their political beliefs and denouncing the hearings as a violation of their civil rights. All ten were sentenced to prison for contempt of Congress. The best known among them was Dalton Trumbo.

“Trumbo was still known as a communist, but people don’t realize that he was actually patriot. He was a communist in the late 30s and early 40s, when that meant you were pro-labor and anti-Jim Crow, and you fought for civil rights for African-Americans,” says screenwriter John McNamara. “It had nothing to do with Russia and everything to do with how an already great country could improve itself”. 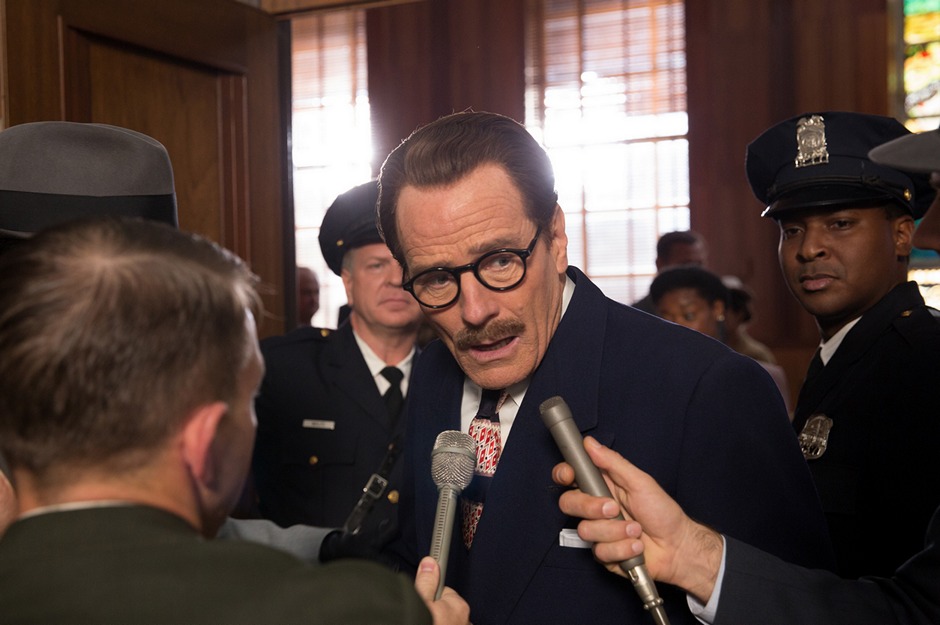 Trumbo’s story really breaks down to human rights as U.S. citizens to free speech and assembly. Trumbo and the other blacklisters were not only denied those rights – but persecuted without having committed any crimes. He was a true patriot – he loved his country. But the system failed him. His story is still relevant today, as the world in which we are living has many people facing too much intrusion from their government.

Indeed, these situations are familiar to the Filipinos who had experienced the dictatorial regime of Marcos in the 1970’s up to the 1980’s.

During the Golden Age of Hollywood, actors John Wayne and Edward G. Robinson, together with a gossip columnist Hedda Hopper (played by Oscar winner Helen Mirren) were among Trumbo’s antagonists. 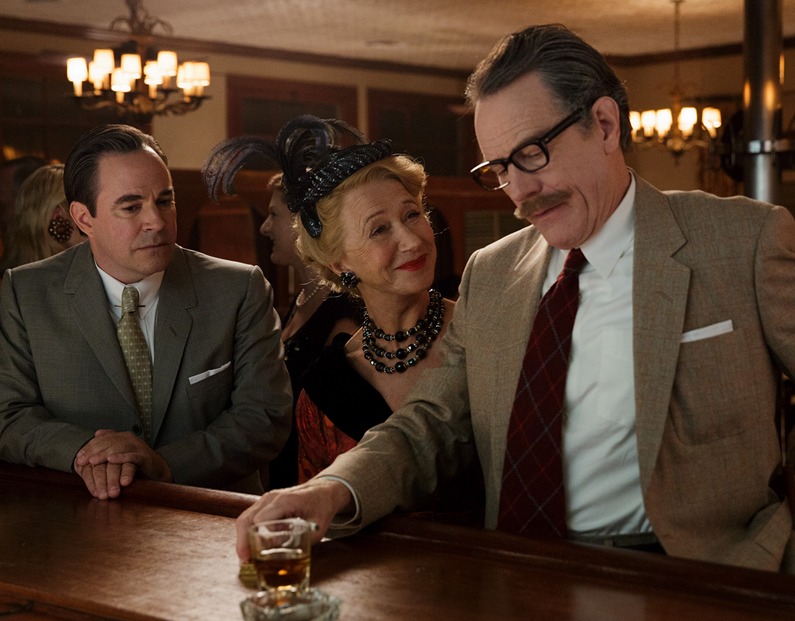 The quintessential man’s man and All-American hero, John Wayne, was one of the chief architects of Trumbo’s downfall. As the head of the Motion Pictures Alliance for the Preservation of American Ideals, he led the charge to ferret out communist sympathizers who wanted to use movies to influence the American people. Famed actor, Edward G. Robinson, who testified in front of the HUAC four times, ended betraying his friends and colleagues by giving out their names. He faced a moral dilemma of the most profound proportions.

Chief among Trumbo’s adversaries is the legendary gossip maven, Hedda Hopper, was a starlet whose career was never a success. She transferred her substantial energy into becoming a very successful Hollywood columnist with a large readership and enormous power. She marshaled the forces of anti-communism in Hollywood and came out strongly against Trumbo in particular. She was determined to convince America that these patriotic writers were traitors, and she wrote scathing, gossipy smears that were read by 35 million people.

At the apex of his career, Kirk Douglas, the superstar was one of the few brave insiders who used their influences to force the end of the blacklist in Hollywood. Douglas was instrumental in helping put blacklisted writers, performers, directors and other entertainment professionals back to work when he hired Dalton Trumbo.

Trumbo prevailed when star Kirk Douglas and director Otto Preminger each put the screenwriter’s real name on screen in their respective 1960 blockbusters, “Spartacus” and “Exodus”, effectively brought down the blacklist era to an end.

The history of the blacklist era and its continued relevance today were also big attractions for all those involved. “We sometimes take our rights for granted,” says the film director Jay Roach. “Free speech is easy to protect when we are saying things that are popular, but the Bill of Rights is designed to protect unpopular speech, especially in times of crisis. The blacklist era is almost forgotten, but everyone recognized that we had a singular chance to remind the world of the importance of this story”.

“Trumbo” will be showing in the Philippines beginning March 16. For more information, visit Solar Pictures on Facebook, Twitter and Instragram (@solarpicturePH).