Michael Fassbender is something of a sketchy character in the latest still from the Assassin’s Creed movie. Fresh from the pages of the new issue of Total Film magazine, GamesRadar has an exclusive look below. 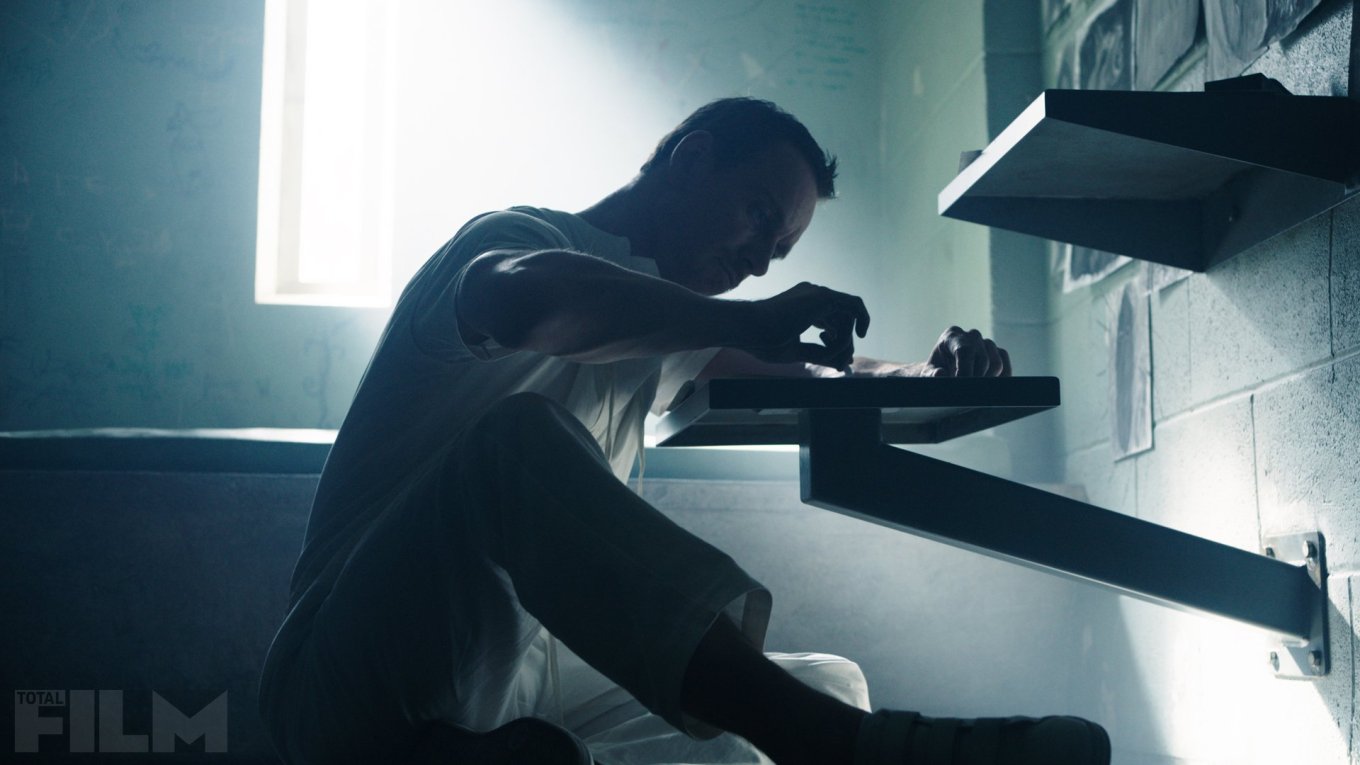 The cell-bound sketcher is Callum Lynch, the modern-day character Fassbender plays in the time-hopping videogame adaptation. The X-Men star also plays Aguilar, Lynch’s 15th-Century sword-swinging ancestor. Thanks to the tech at Abstergo Industries, Lynch can effectively travel back in time and relive Aguilar’s memories.

Rather than using this form of time-travel to ensure his great-great-great-great-great-great grandparents get together, Lynch instead ends up drawn into a large-scale conflict between two deadly factions. Instalments of the game have covered various different historical periods, but the film is tackling an entirely new storyline.

Given the calibre of talent involved (Fassbender is joined by his Macbeth director Justin Kurzel and co-star Marion Cotillard), hopes are high that this could be a rare adaptation that satisfies gamers and cinemagoers alike. As well as starring, Fassbender also produces, explaining he was hooked by the game’s concept: “I wanted to take an audience on a fantasy ride, but give them something that fits some sort of scientific theory.”

And it seems the present day time period (as evidenced in the image above), will be as pivotal to the story as the historical swashbuckling. “We have many devices that we’ve worked into the present that almost feel as though the history of the film is shadowing the present day,” says director Kurzel.

Directed by Kurzel, and starring Fassbender, Cotillard, Jeremy Irons, Brendan Gleeson and Michael K. Williams, Assassin’s Creed opens in US cinemas on December 21, 2016, before hitting the UK on 26 December.

No news yet on its Philippine release but we’ll surely give you updates on this.