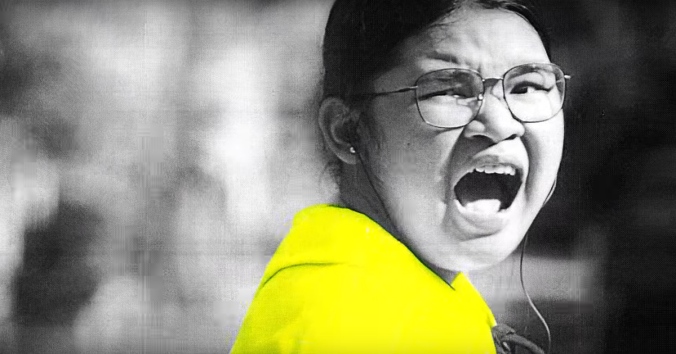 With no star power on its cast, Glenn Barit’s Cleaners is making noise for its visuals prior to its release but you’d be surprised on how warm, funny and deeply nostalgic this film is. And it’s stories will probably stay longer than I expected them to be.

Imagine a film with 40,000 frames printed, photocopied, colored with highlighters,then scanned before being assembled back again digitally. It might sound like a gimmick to some, but it’s not. It adds to the feel of the film, the nostalgia, the emotions the scenes are trying to tell and the overall look. And it’s beautiful.

The film, set in 2007, is composed of stories from Section IV-Rizal of St. Agnes Catholic School in Tuguegarao, City in Cagayan. From the “pa-bida bida” classmate, to the emo boys, the class president and that student who’ll most likely to succeed because of his name.

Everything about Cleaners is delightful. You can feel all the emotions poured into these magnificent, moving and entertaining coming-of-age stories. The anxiety, the dramas, the anger, the fun, the hope, the innocence, everything we felt during the high school years, it’s here. It shouts the frustrations, the want to have more, to be more.

I felt full after watching the movie. I felt complete. Cleaners made me laugh and cry, it made me miss those simpler but getting to enjoy life more genuinely. I wish more people could see this film, could witness the stories of these students. Because these are our stories, these are the memories we wanted to reminisce.