Just in time for the start of the Year of the Metal Rat and a few days after its release in Hong Kong, the movie “Enter the Fat Dragon” starring Hong Kong’s martial arts superstar Donnie Yen screens in the Philippines beginning January 29.

The film—inspired by the 1978 HK comedy of the same title—is described by the South China Morning Post as “delightful” and “a winner.”

This new tale is about a Hong Kong police officer, Fallon Zhu played by Donnie Yen, who is dumped by his fiancée. Heartbroken, he indulges in food and ends up transforming into a 200-plus pound agent. To help him gain his confidence and lose his excess weight, Fallon’s supervisor orders him to escort a suspect to Japan. Challenges of hefty proportions befall the agent on the way to the Land of the Rising Sun, begging the question, “Can Fallon still do his job and find love?” 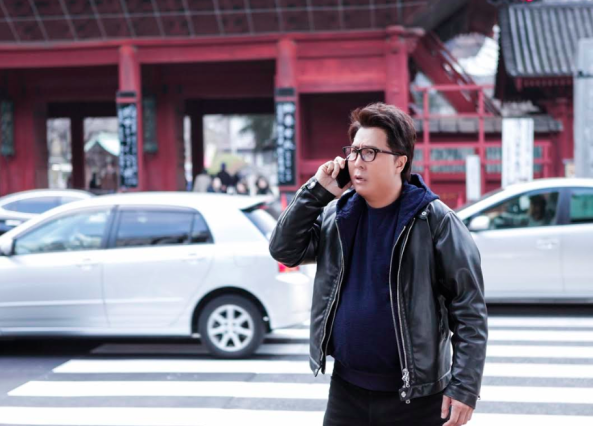 In 2002, Mr. Yen appeared in director Zhang Yimou’s “Hero” which catapulted the actor to international attention. Mr. Yen is known for his blockbuster “Ip Man” films based on the life of Bruce Lee’s teacher and grandmaster of the Wing Chun form of martial arts. “Ip Man” grossed over $21 million worldwide and spawned three sequels. Mr. Yen has also conquered Hollywood. He played the blind preacher and fighter Chirrut Imwe in “Rogue One: A Star Wars Story.”

Known for constantly reinventing himself on screen to stay true to character and to delight viewers, Donnie Yen’s character in “Enter the Fat Dragon” is truly different. His transformation is mesmerizing as it entertaining.

Pelikula Mania Asia’s Martial Arts Superstar Donnie Yen is Fit and Fat-bulous in the Action-Comedy “Enter the Fat Dragon”
%d bloggers like this: