Having the theme “Kakaiba ka ba?”  Cinema One Originals aims to bring exciting entries to this year’s festival. The said festival will run from November 9 to 17 at Trinoma, Glorietta, Resorts World Manila and SM Megamall with the presentation of nine feature films in competition, 10 short films in exhibition, 11 foreign films, three restored classics and a special presentation.

“A family is caught in a financial ruin after being involved in a ponzi scheme.”

Erik Matti’s “Honor Thy Father” starring John Lloyd Cruz will be this year’s festival opening film which will be screened at TriNoma Mall Cinema 7 on November 8, 2015, 6PM. The film had its world premiere at Toronto International Film Festival 2015 as part of the Contemporary World Cinema Program.

The nine feature films in competition are the following  (Click the title to view the teaser/trailer): 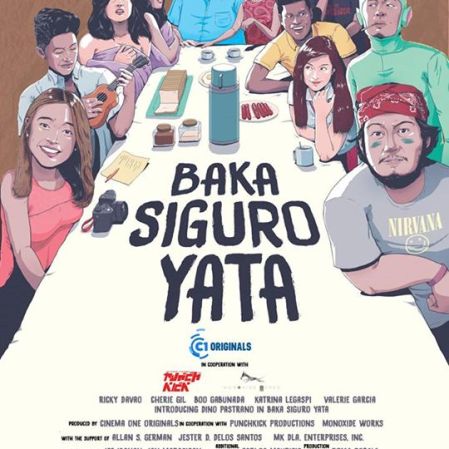 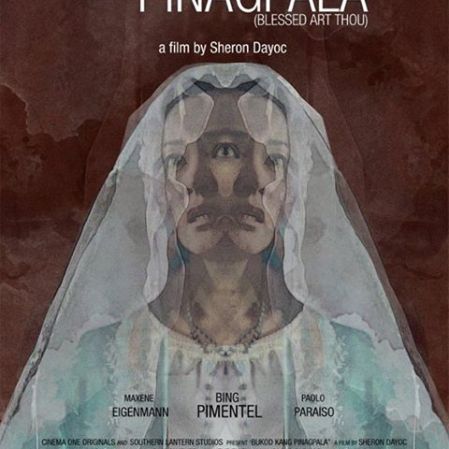 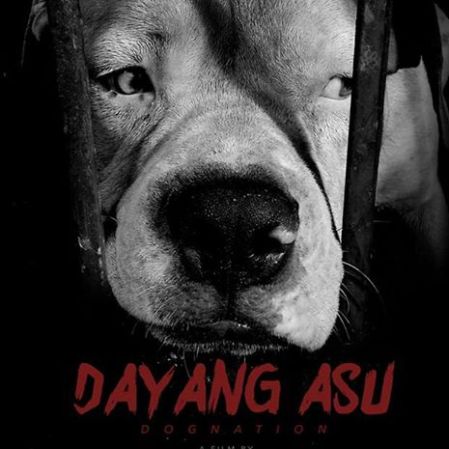 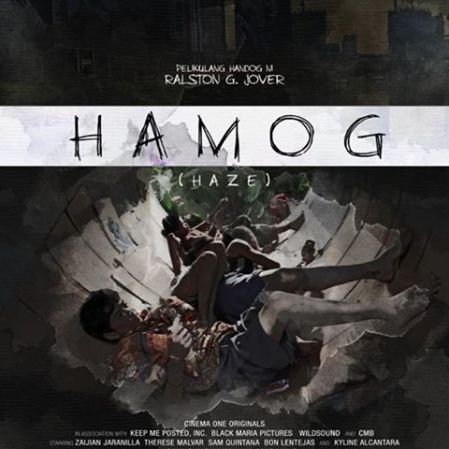 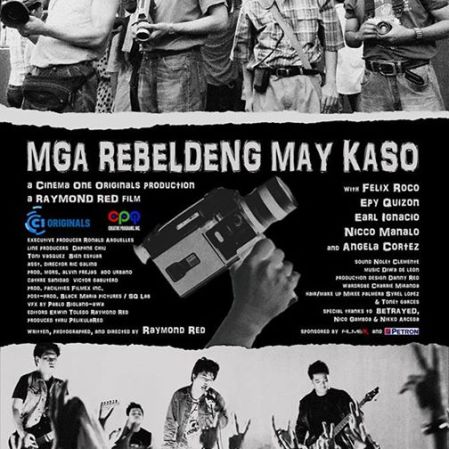 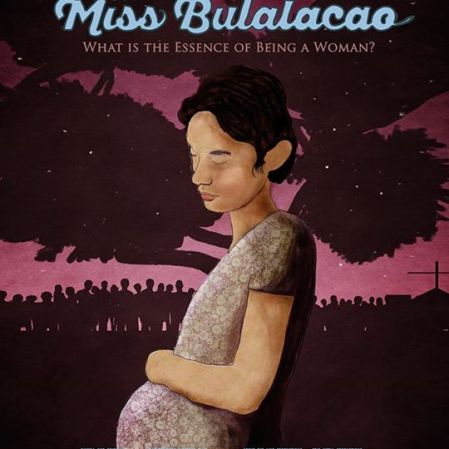 Ivan Andrew Payawal’s comedy about suicide and celebrity “The Comeback” features Kaye Abad as a fading star whose life takes an unexpected turn.

Sari Dalena’s “Dahling Nick,” an experimental docu-fiction hybrid that celebrates the life and work of Nick Joaquin with Raymond Bagatsing in the eponymous title role.

Bor Ocampo’s “Dayung Asu,” featuring Ricky Davao and Junjun Quintana as a father and son enmeshed in a life of crime, is a homage to Pinoy action set in a unique milieu.

Carl Joseph Papa’s fully-animated “Manang Biring” is the touching story of a terminal patient and her estranged daughter with Erlinda Villalobos in the title role.

Raymond Red’s “Mga Rebeldeng Walang Kaso” is a look back at the early days of the first wave of Philippine independent cinema with Felix Roco, Epi Quizon, Earl Ignacio, and Nicco Manala.

Ara Chawdhury’s “Miss Bulalacao”, which introduces performance artist Russ Ligtas in his first film role, is a comedy about a young drag queen whose life is changed by a strange encounter.

In commemoration of revolutionary cinema, Cinema One Originals 2015 will pay tribute to the first wave of Pinoy indies–the short filmmakers from the 80’s led by Raymond Red, Nick De Ocampo, Rox Lee and Joey Agbayani who are tagged as the pioneers of alternative cinema. As an auxiliary program, there will be a showcase of 10 short films from the Philippines, New Zealand and Iran.

The following are the 10 short films to be screened this year:
(Click the title to view the trailer)

The 11 foreign films under “World Cinema” category are the following:
(Click the title to view the trailer)

There will also a special presentation of Cinema One’s production of Sherad Sanchez’s found footage horror film “Salvage,” starring Jessie Mendiola as a reporter lost in a haunted jungle.

We’ve created a daily screening schedule guide for your convenience: 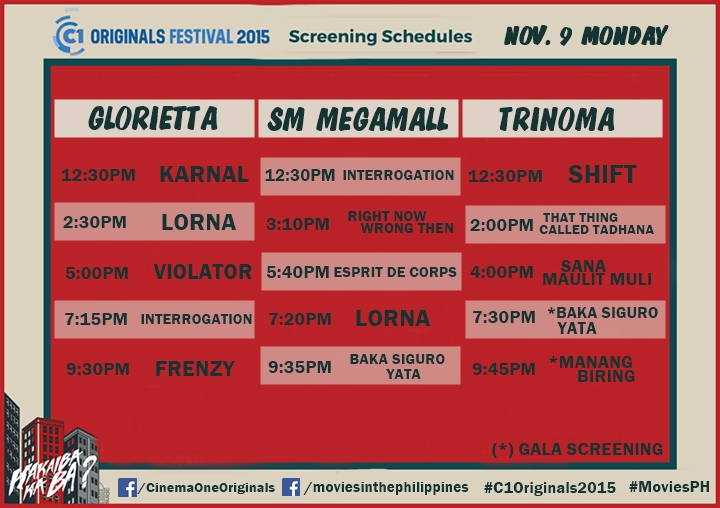 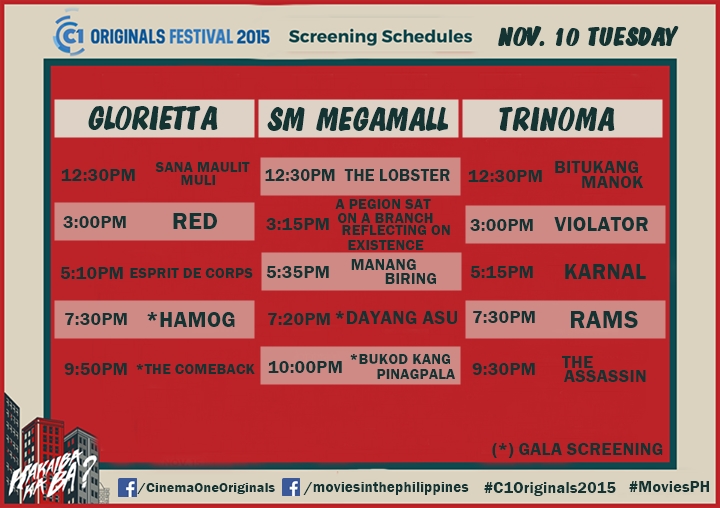 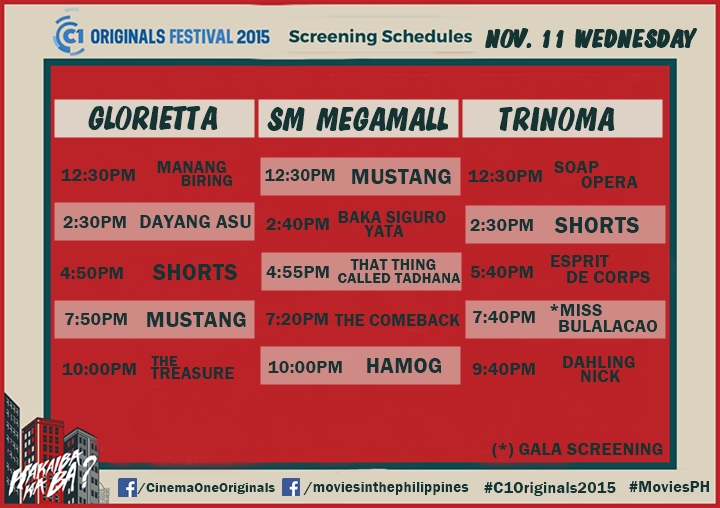 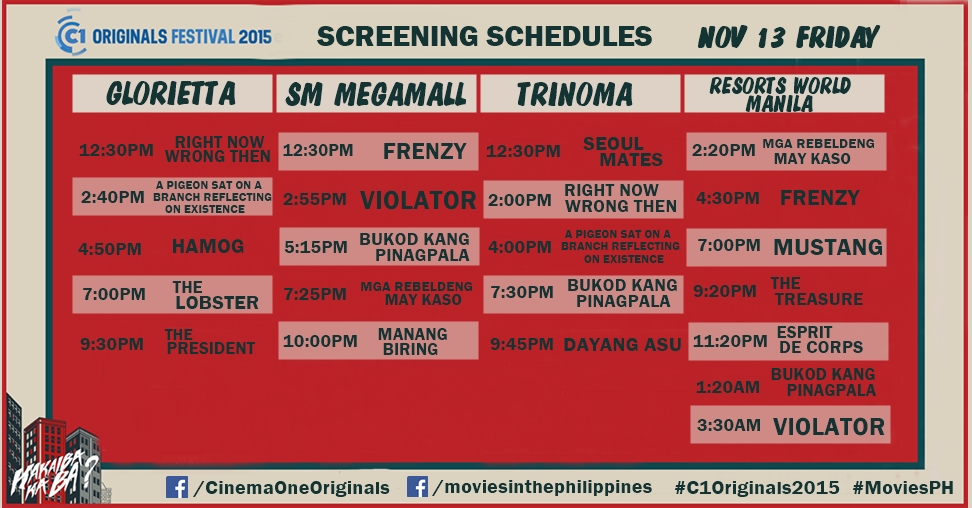 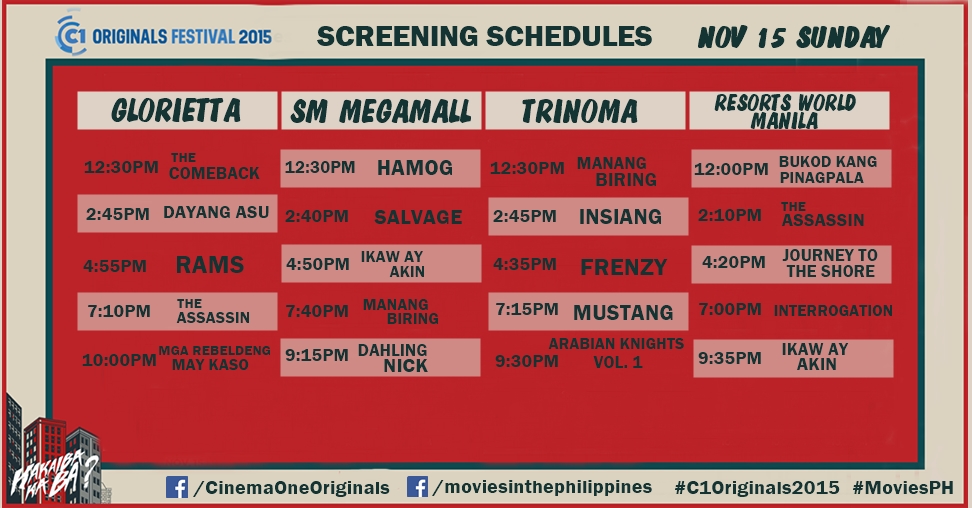 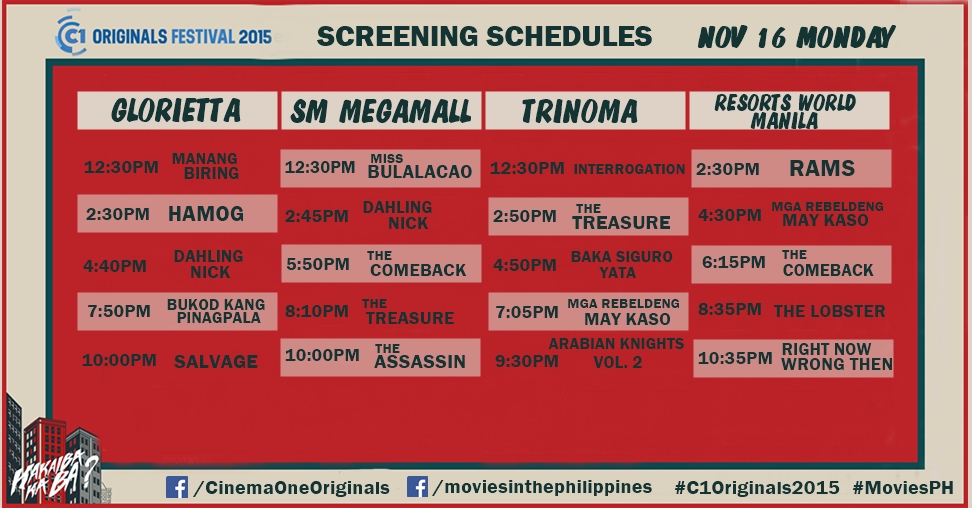 For more information, you can visit their Facebook page at:

One thought on “Guide to Cinema One Originals Festival 2015: Kakaiba Ka Ba?” Leave a comment ›