In Disney-Pixar’s “Finding Dory” (now showing, June 16th in the Philippines), Dory, Marlin and Nemo embark on a new adventure—this time to the California coastline—on an uncertain search for the family Dory thinks she left behind. Their journey leads them to the Marine Life Institute (MLI), where they meet a diverse array of sea creatures. 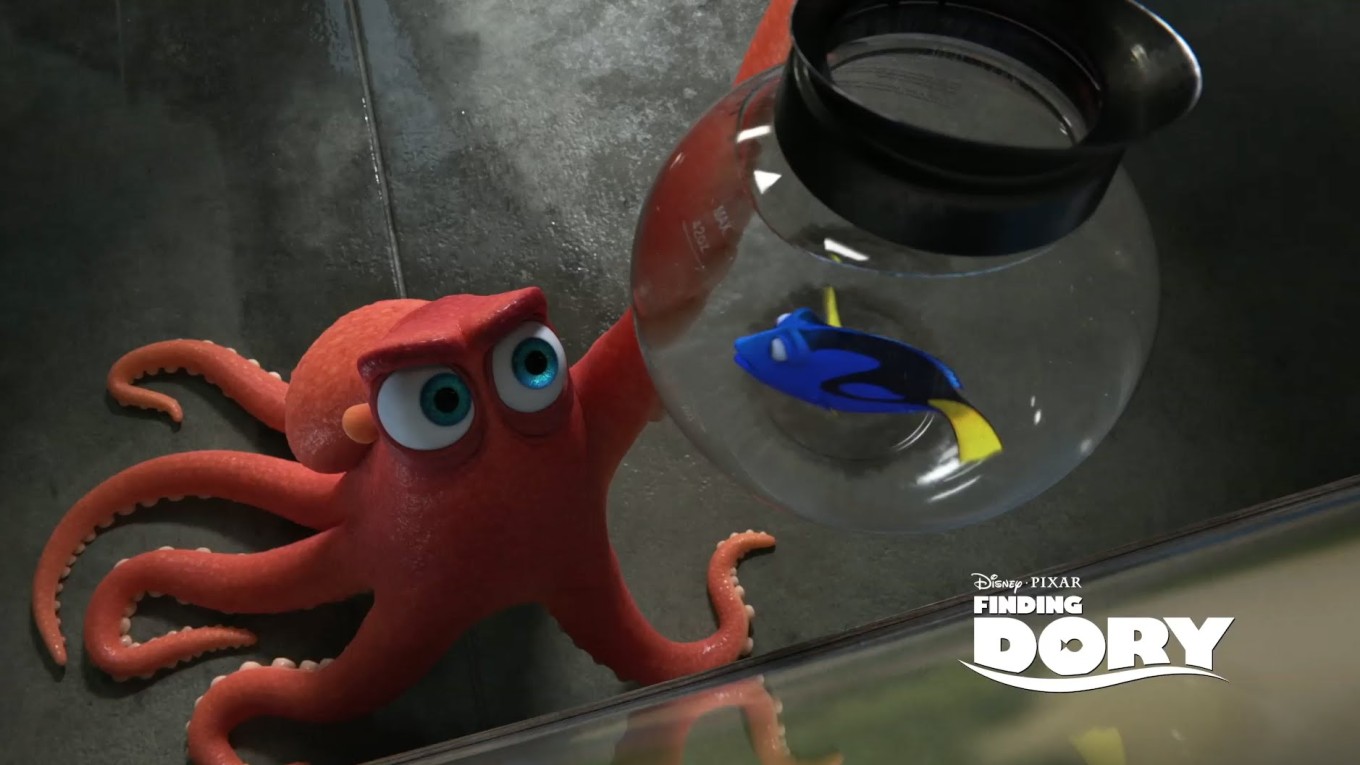 In the journey to the MLI, Dory finds herself separated from Marlin and Nemo, and must rely on her own intuition—as well as a host of colorful characters, appealing to each of them to help her on her quest. Foremost of them is Hank, a disgruntled octopus voiced by “Modern Family’s” Ed O’Neill, who was tapped to bring Dory’s chief wingman to life. “He doesn’t like anybody and just wants to be left alone,” O’Neill shares.

“We realized that Dory needed a foil,” says director Andrew Stanton. “Dory was created in the first movie as a surrogate for Nemo. Marlin’s emotional journey to be a better parent called for a character like Dory to test him. Kids—and Dory—are very in the moment; they don’t think about the future too much. They take risks and have fun. 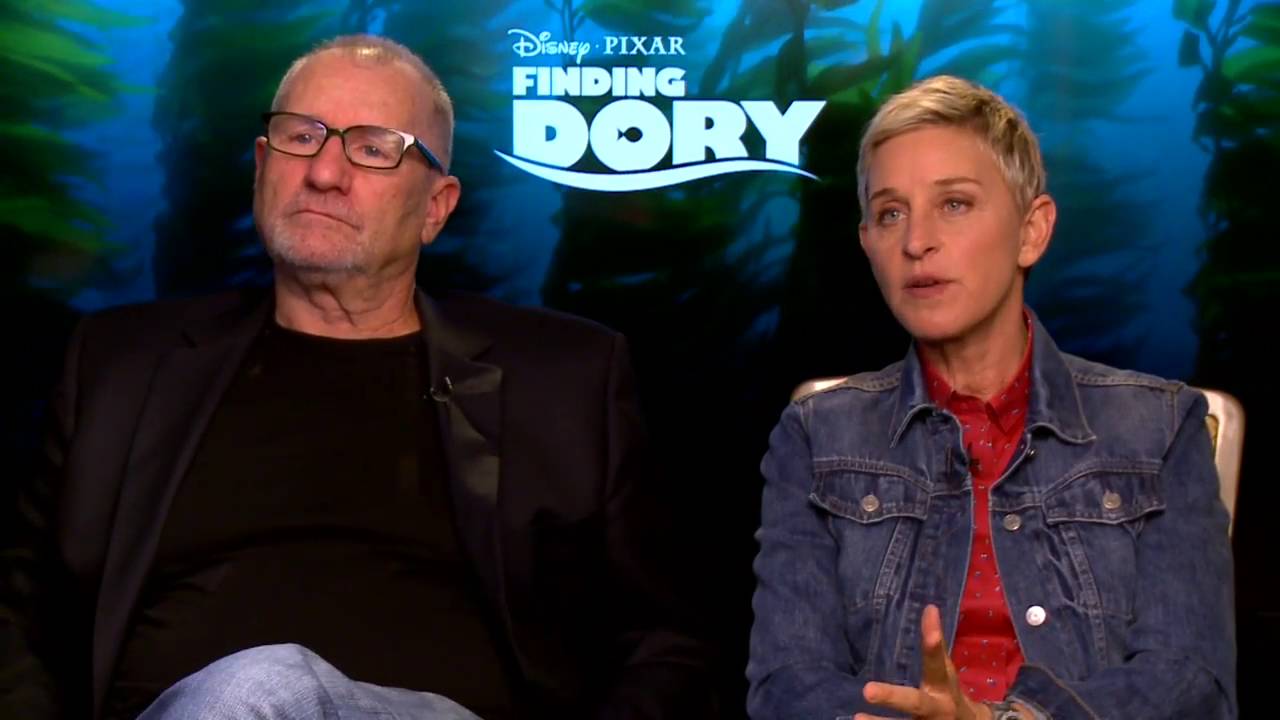 “For this film,” Stanton continues, “we needed a surrogate Marlin. Hank is a curmudgeon, an introvert. He really doesn’t want to be healed and sent back out to the ocean. He’d prefer a solitary existence inside an aquarium tank, so he’s trying to get himself into a more permanent installation.”

“Hank is smart, set in his ways and very cranky,” says Ellen DeGeneres, the voice of Dory. “He’s not happy where he is, while Dory is always happy wherever she is. There’s a great juxtaposition between these two; they’re complete opposites. It’s a great pairing because she is so innocent, yet pushes him to open his mind. They’re both fearful—though Dory doesn’t realize it. She just keeps swimming.”

Hank is actually a “septopus”: he lost a tentacle—along with his sense of humor—somewhere along the way. But Hank is just as competent as his eight-armed peers. An accomplished escape artist with camouflaging capabilities to boot, Hank is the first to greet Dory when she finds herself in the Marine Life Institute. But make no mistake: he’s not looking for a friend. Hank is after one thing: a ticket on a transport truck to a cozy Cleveland facility, where he’ll be able to enjoy a peaceful life of solitude. 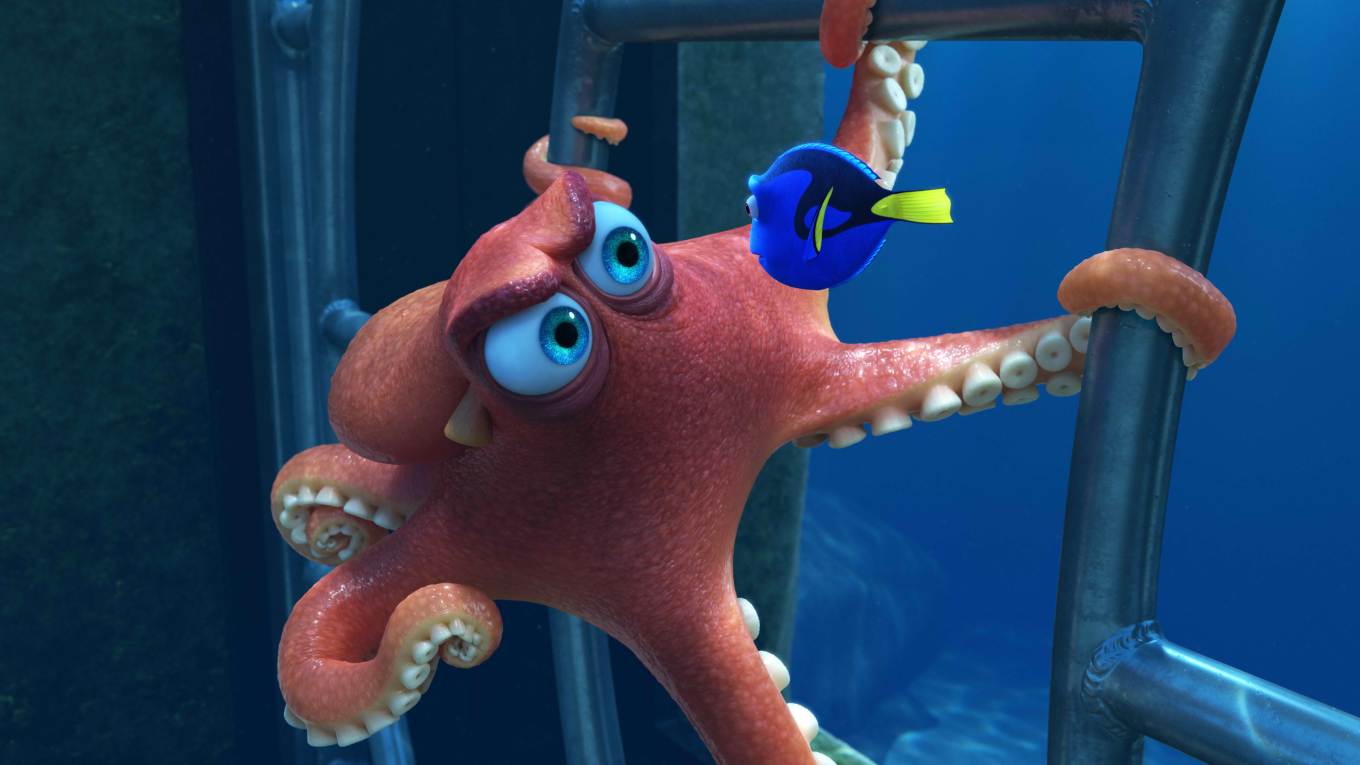 “Hank tests Dory,” says Stanton. “He questions her optimism, her bravery. He brings out the best in her, and she does the same for him. He’s reluctantly kind. He has a heart of gold that Dory seems to sense from the start.”

Filmmakers deliberately developed Hank’s personality to contrast Dory’s bright disposition. “We can get a lot of comedy out of pairing opposites,” says co-director Angus MacLane. “Hank is actively trying to get away from connection, while Dory is striving to make one.”

“Hank would be happy living out his days in a secure aquarium all by himself,” says Max Brace, story supervisor for the film. “He’d do anything to avoid going back to the ocean—even if it means escorting Dory through the Marine Life Institute.”

“They need each other,” says O’Neill. “Hank never thought he could make friends, but he’s slowly drawn in by Dory’s charm. Through a lot of adventure, danger and fear, they bond. They become friends through their experiences.”

Stanton says O’Neill captured the character perfectly. “His voice carries that duality of curmudgeon and softie,” says the director. “Ed nailed that in one way in ‘Married with Children’ and an entirely different way in ‘Modern Family.’ We never thought of anybody else.”

O’Neill, who voiced a character in Disney’s “Wreck-It Ralph,” says the key is having an open mind. “There isn’t really a way to prepare for animation,” he says. “I did do one thing: I Googled ‘mimic octopus’ and found this creature I didn’t even know existed. There are several different types of octopus, I learned. The one I’m playing is a shape-shifter. It’s crazy.” 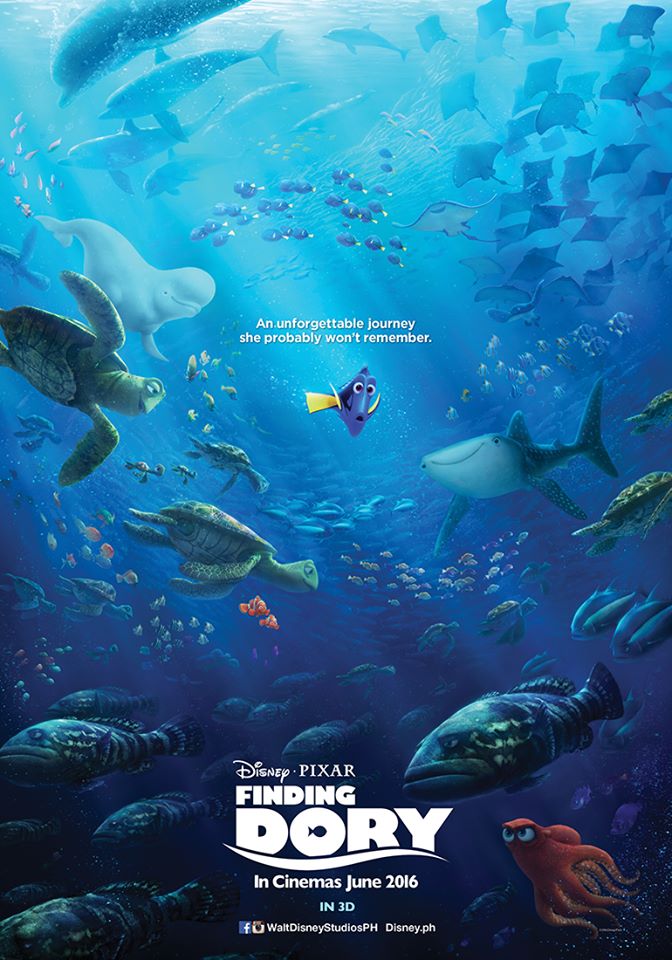