With the usual two or three films being screened at FDCP and SM Cinema’s “Cine Lokal,” Sleepless is the first film to get a full day screening schedule which gives it at least four screenings a day for one week on all participating SM Cinemas – Mall of Asia, Megamall, North EDSA, Fairview, Southmall, Bacoor, Iloilo and Cebu.

During its run at the 2015 Quezon City International Film Festival (QCinema), Sleepless had sold out screenings and continued on with its Cinematheque and Cinema 76 screenings. Even the midnight screenings at Cinema ’76 were overwhelmingly full because of the demand of the film. The support and interest of the moviegoers are high and here’s the best chance for more Filipinos to see the story of Gem and Barry.

Glaiza de Castro (Gem) states that Sleepless is one of her favorite films and describes it as simple but at the same time, complex because the film looks like a love story but it isn’t. And working with Dominic Roco made the filming feel like it wasn’t work.

The film is written by Jen Chuaunsu and directed by Prime Cruz. The two have been developing the story from Chuaunsu’s idea over eight years ago. Some of the dialogues in the film are inspired by the two’s real life conversations, being both insomniacs.

The film won NETPAC Jury Prize for Best Picture and Best Actor for Dominic Roco at the 2015 Quezon City International Film Festival (QCinema) and was an official selection at the Osaka Asian Film Festival year 2016. 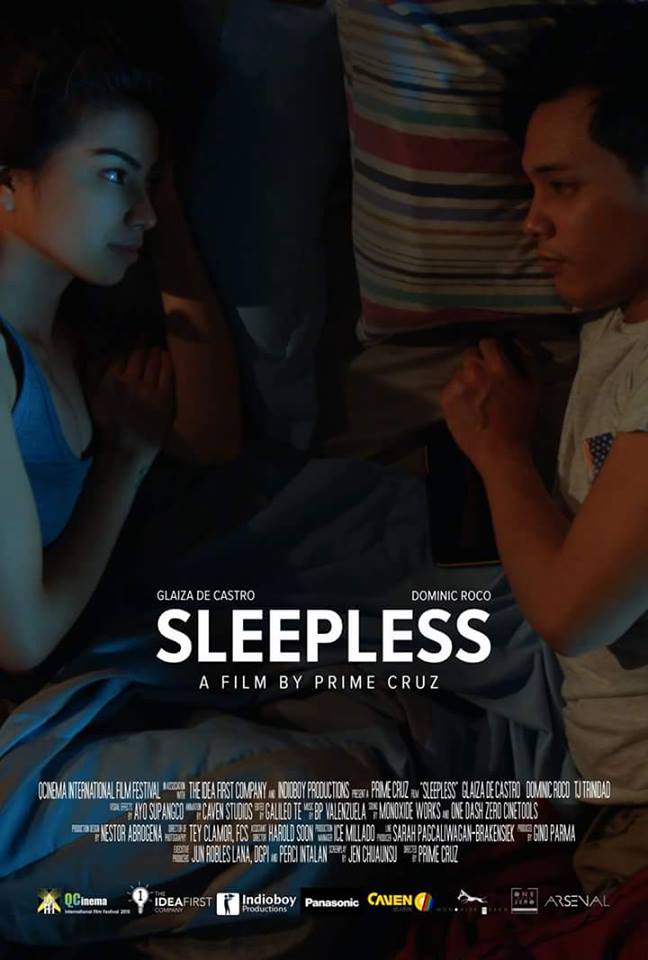 Catch “Sleepless” on its Cine Lokal run from May 26 to June 1 at SM Mall of Asia, Megamall, North EDSA, Fairview, Southmall, Bacoor, Iloilo and Cebu cinemas from QCinema and The IdeaFirst Company . Rated PG by the MTRCB.