Manila, 7 November 2017 – Filipino animator Gini Santos visited her home country on Nov. 6 to 7 to celebrate the upcoming release of Disney•Pixar’s Coco, for which Santos served as Supervising Animator – the first ever woman in Pixar’s history to hold the position. 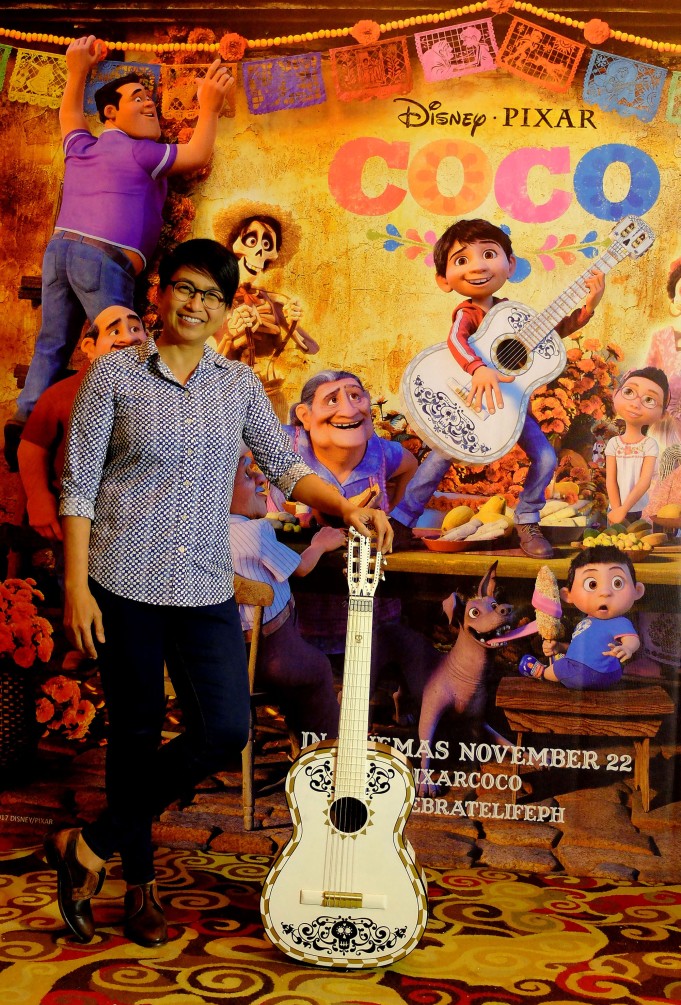 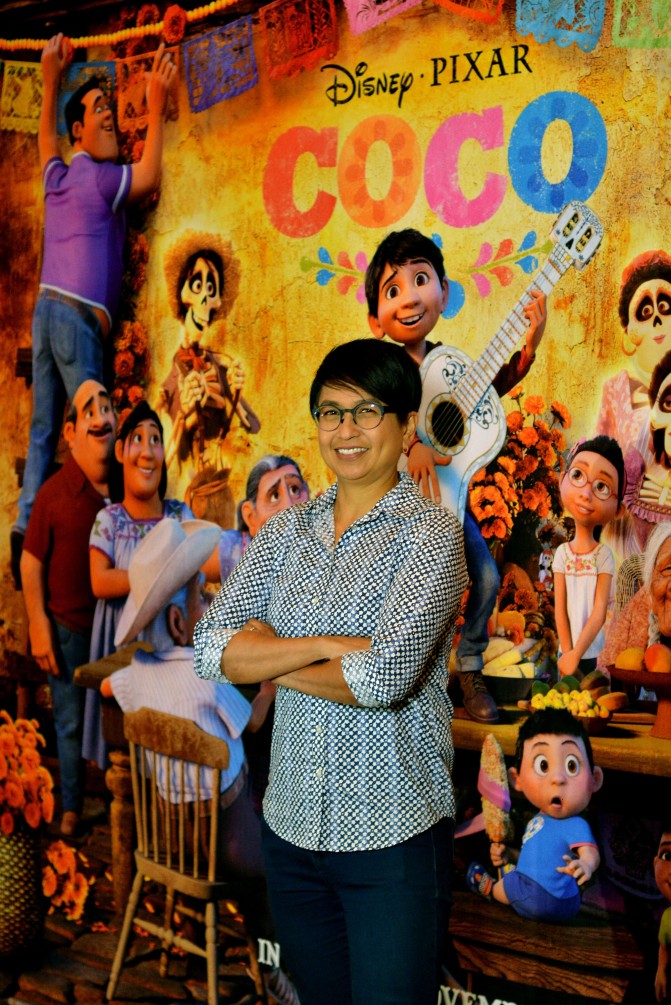 Born in Pasay City in the Philippines, Santos moved to Guam with her family when she was 3 years old. She then returned to her home country years later to study at St. Scholastica’s College (high school) and University of Santo Tomas (UST), where she graduated with a degree in Fine Arts with a major in Advertising.

Hired by Pixar Animation Studios in 1996, Santos worked on many critically praised Pixar films, including the Academy Award®-winning Finding Nemo, The Incredibles, Ratatouille, and Up.

“The welcome’s been amazing. After all the hard work we’ve done for Coco, to be recognized as a Filipino who worked on the film, which has gotten great response, has been amazing,” said Santos, who was back home to meet the local media.

At the special advanced screening for Coco on Nov. 6 at Newport Cinemas in Newport Mall, Resorts World Manila, Santos was presented with a plaque of appreciation by the city of Pasay “for being an exemplary citizen of Pasay City,” where she and her family lived before moving to Guam. The award was presented to her by City Administrator Atty. Dennis Acorda, representing Mayor Antonio Calixto.

At the same event, Santos was also awarded by the Original Pilipino Performing Arts (OPPA) Foundation with a plaque of recognition by OPPA President Menchu Lauchengco-Yulo. OPPA is a foundation that aims to support aspiring Filipino artists by providing them with opportunities that will improve their knowledge and craft.

“In our unwavering commitment to champion Filipino talent, the Original Pilipino Performing Arts would like to present this plaque of recognition to Ms. Gini Santos for her invaluable contribution to showcasing the creativity of the Filipino to a global audience,” said Lauchengco-Yulo. “We are proud that she shares the foundation’s vision to support, nurture, and elevate the Filipino talent. Thank you for being an inspiration.”

Santos also conducted an animation workshop on Nov. 7, which was attended by more than 250 students. “There’s a vast amount of information on the internet about animation. Look out there and learn,” advises Santos. “Keep pursuing and trying things.”

Despite his family’s baffling generations-old ban on music, Miguel (voice of Anthony Gonzalez) dreams of becoming an accomplished musician like his idol, Ernesto de la Cruz (voice of Benjamin Bratt). Desperate to prove his talent, Miguel finds himself in the stunning and colorful Land of the Dead following a mysterious chain of events. Along the way, he meets charming trickster Héctor (voice of Gael García Bernal), and together, they set off on an extraordinary journey to unlock the real story behind Miguel’s family history. Directed by Lee Unkrich (Toy Story 3), co-directed by Adrian Molina (story artist Monsters University) and produced by Darla K. Anderson (Toy Story 3), Disney•Pixar’s Coco opens in Philippine theaters on Nov. 22, 2017. For more information, check out http://movies.disney.com/coco, Hashtag: #PixarCoco, Pixar Coco Facebook, Pixar Coco Twitter and Pixar Coco Instagram.

Olaf (voice of Josh Gad) teams up with Sven on a merry mission in Walt Disney Animation Studios’ 21-minute featurette, Olaf’s Frozen Adventure. It’s the first holiday season since the gates reopened and Anna (voice of Kristen Bell) and Elsa (voice of Idina Menzel) host a celebration for all of Arendelle. When the townspeople unexpectedly leave early to enjoy their individual holiday customs, the sisters realize they have no family traditions of their own. So, Olaf sets out to comb the kingdom to bring home the best traditions and save this first Christmas for his friends. Directed by Emmy®-winning filmmakers Kevin Deters and Stevie Wermers Skelton (Prep & Landing), produced by Oscar® winner Roy Conli (Big Hero 6), and featuring a screenplay by Jac Schaeffer and four original songs by Elyssa Samsel and Kate Anderson, Olaf’s Frozen Adventure opens in front of Disney•Pixar’s original feature Coco in Philippine theaters on Nov. 22, 2017.

Pelikula Mania Filipino Pixar Artist Gini Santos Comes Home to the Philippines to Celebrate the Release of Disney•Pixar’s Coco
%d bloggers like this: