Its beautiful and majestic production design doesn’t equal its story but Crimson Peak is an interesting piece from Guillermo Del Toro. The blend of mystery, horror and romance feels uneven that they tend to be brawling on which is which. The eerie atmosphere helps its horror part, though not fully used, there are actually visually rich and original pieces for it to have a great effect to the viewers. Juggling romance and mystery is a big problem of the film, especially putting twists in play, everything felt messy. Wasikowska, Hiddleston and Chastain thankfully are proficient enough to pull something complex from the story, having these actors made the film more interesting to watch.

Though the film triumphs in production design, it disappoints for having generic narrative and employs poor plotted twists. But the beauty of the film is its stylish production and neat camerawork that compliments the film visually. The old-fashioned ghost stories with a dash of gore might not be for some but Del Toro invites us to return to the old ways of how supernatural horror films are to be, just how stomach churning violence could be from someone overly obsessed to an idea  that’s already been broken. 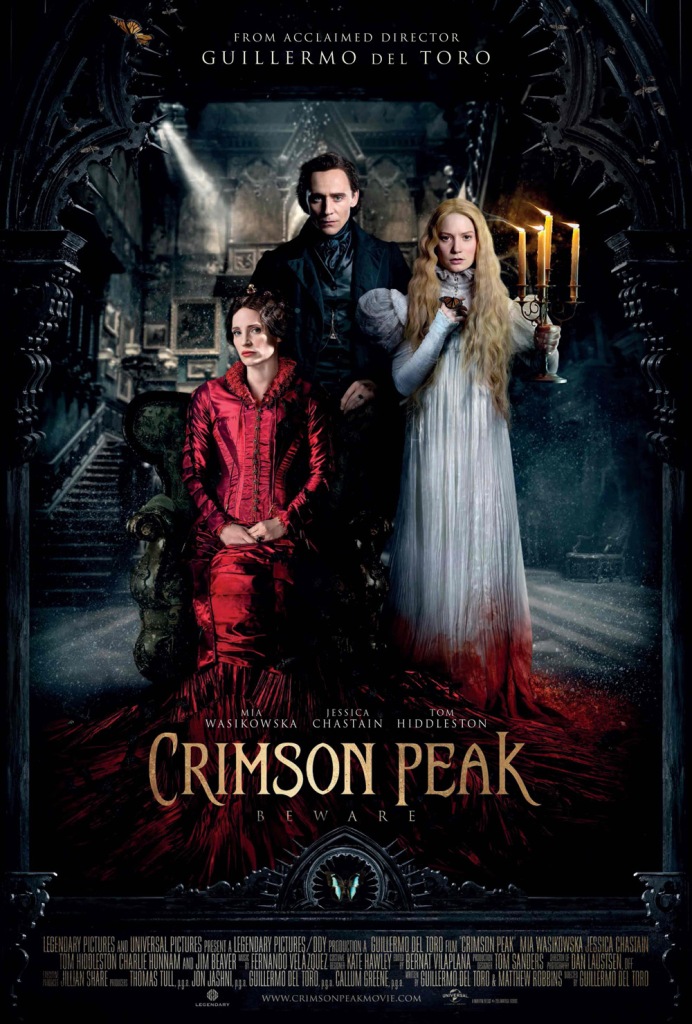