He plays Tu, an ambitious young man from an underprivileged Auckland suburb, dreams of being a professional hip-hop dancer. When his father, a Sergeant in the New Zealand Army, issues an ultimatum-find a purpose in life by the end of the summer or enlist – Tu decides that dance is his way out. After being offered a chance to try out for K-Crew, a prestigious international dance group, Tu must juggle the pressures of his grueling job, his demanding father and turn his back on his South Auckland crew. Things become further complicated when he falls for Sasha, the girlfriend of K-Crew’s malicious leader, Kane. Tu is devastated when he learns that the whole audition process has been a scam to steal the best moves from dancers across Auckland and create animosity within the other teams. In a final stance, Tu will unite his old crew and his new friends, to battle their way into nationals and face K-Crew in the finals.

This was your first acting role, tell us about the experience?
This was my first time acting, the experience was challenging but exciting. It definitely pushed me past my boundaries and out of my comfort zone which is a good thing because that’s where you grow. It was life changing.

How would you describe your character Tu and were you able to relate to him?
Tu is a young Maori boy who has a passion for dance, he loves it and all he wants to do is dance. I was able to relate to him a lot because we love the same thing — I first started off dancing. I’m a Maori boy and he’s a Maori boy. There were times when I was reading the script where I would say to myself ‘I remember this, this has happened to me before’. It was a good thing, but it could also be a bad thing with having too much similarities with the character because you kind of get too attached and used to yourself and turn into the character, so you just have to separate the differences. 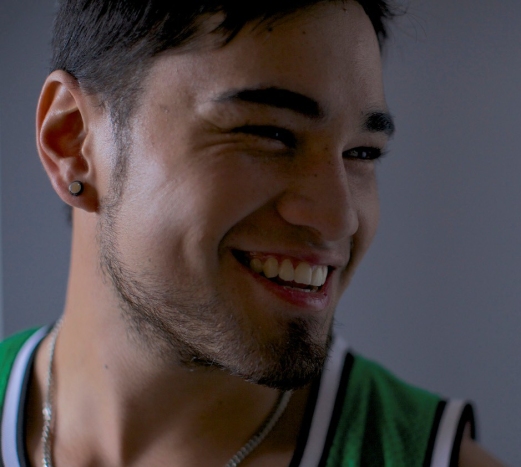 What do you hope people will take away from the film, Born To Dance?
Mainly that if you chase your dreams, you can do it. I come from a small town and I never would have thought that I would be in a movie but if you commit to the work and chase your dreams, the outcome will be there.

You’ll be used to the world stage as a member of The Royal Family (World Hiphop Champions) but what’s it like seeing yourself on the big screen?
The first time I saw it was a couple of days ago, and it didn’t feel too out of place — I have no idea why but I felt comfortable. Everyone did a great job and I enjoyed it. There was a few scenes where I had to look away but I overall enjoyed it.

How did you discover your passion for acting?
It all started off with a dance audition where we were all auditioning for a dance role in the movie. A handful of us got picked to audition as a character. When I first heard there was acting roles, I wasn’t too interested as acting wasn’t at all in the picture of my life but I gave it a go and then I enjoyed it and felt comfortable. I was up against a lot of my friends and a lot of professional actors, so it was a privilege to get the call that I had got the role. It was all in fun going up against all my friends.

Who did you get along with best on set?
Everyone was great, from the costume crew to the camera crew to the makeup crew. Everyone was ultra-friendly and it was great to catch up with everyone at the screening earlier this week. 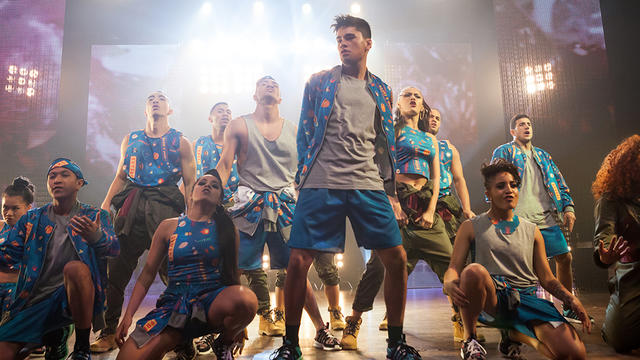 What was your favourite scene to film?
Definitely the finale scene where we all get together and dance, that was my highlight. When it comes to dance, I’m in my element and I’m more comfortable and ready to kill it. Some of my family came and had a taster of what I had been working on for a few months.

What’s your ultimate career dream?
I still haven’t decided yet but I’m definitely keen to keep on acting because I enjoy it. I’m going to see what the future holds.

What’s coming up next?
We’re touring with Stan Walker in Australia later this year, currently training for that. I’m looking forward to it.

“Born to Dance” opens May 25, 2016 in Philippine cinemas. Released and distributed by Captive Cinema.