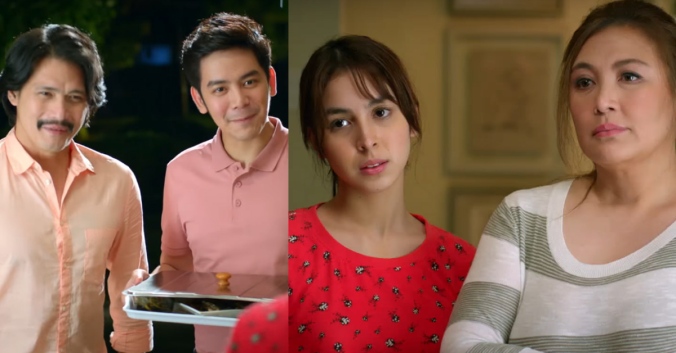 Director Cathy Garcia-Molina is on a roll with a new film just a month after the release of Seven Sundays. But after the family drama comedy film, she’s back with what she does best, doing a romantic comedy film.

We get the typical Star Cinema romance comedy movie, but the Cathy Garcia-Molina magic is there. In the film, Sharon plays Patty, the annulled mother of Yanni who’s played by Julia. The two have this relationship where the millennial daughter is distant with her mom, the love and respect is still there but their differences are putting higher walls in because of the lack of communication. Here comes Robin Padilla, who plays Cocoy – the high school admirer of Patty. The two met in a serendipitous way twice, which only led Cocoy pursue the love of his life with the help of Jason (Joshua Garcia), who incidentally is the number one follower of Yanni on her Twitter account.

Often loud but charming, typical but effective. Unexpectedly Yours is a real crowd pleaser. From the Robin-Sharon romance to the Joshua-Julia tandem, director Cathy Garcia-Molina’s magic works exceptionally here. Cuneta and Sharon look like they’re enjoying every bit of their comeback movie while Garcia and Barretto adds color to the story.

The film doesn’t offer a fresh story but it’s okay. The treatment here is natural. It’s safe but it’s oozing with charm and humor, plus the film also boasts life lessons about relationships, family and the importance of being you.

“Unexpectedly Yours” is now showing in cinemas nationwide from Star Cinema. Rated PG by the MTRCB.